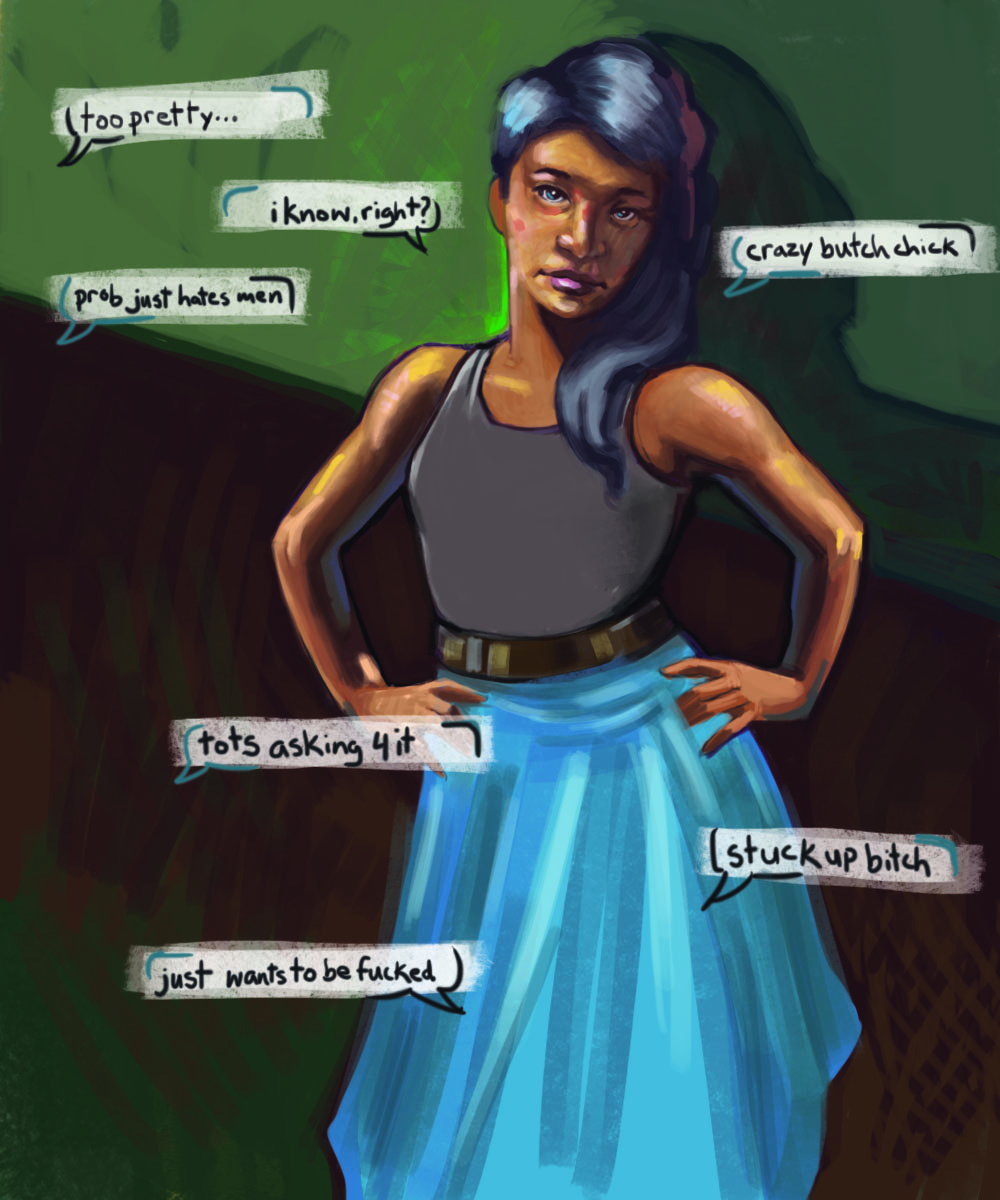 One would think that with all the positive change brought about through feminism it would not get such a bad reputation, unfortunately that is not the case. A recent interview on CBC’s Q with Jian Ghomeshi revealed an offended Joni Mitchell, with feminism acting as the offender.

The interview contained many quotable, inspired moments from Mitchell, but her (almost) last words were the ones that rang in my ears. Toward the end of the interview, Ghomeshi brought up the fact that Mitchell does not like to identify as a feminist. Mitchell then went on to assert that “the feminism in this continent isn’t feminine,” and that feminists she has encountered have been “so nasty.”

Nasty, hostile: words that seem to stick like industrial-strength glue to feminism, and Mitchell got right in there to slather it on. Mitchell makes it clear that she has been wronged in the past by “with us or against us” attitudes from some feminists; it is unfortunate that this has ruined Mitchell’s view of feminists in general.

The idea of feminism being “masculine,” in my opinion, is a harmful notion that works within the gender stereotypes and binaries between femininity and masculinity – with hostility, strength, and aggression being masculine, and a more passive approach being feminine. The gender binary between femininity and masculinity is the very thing that restricts and marginalizes people within our society. It is no surprise that Mitchell presents the expression of feminism in two options: masculine or feminine.

The idea that there is a right and a wrong kind of feminism is a harmful one as well. Many people are put off by feminism because they feel
that there are too many “rules” to follow, and statements like Mitchell’s only perpetuate this by creating a right kind of “feminine” feminism.

If there is no right kind of feminism, then what is feminism, and how is it defined? I cannot write an article defining feminism. I would never get it right for everyone, and there is a reason for that. Not all people are the same. I only know what feminism means for me.

For me, feminism is not about starting “a posse against men,” as Mitchell says. I am a feminist because I want to learn everything I can, to be able to empower myself as a person, and figure out how I can make changes to be able to live in a world where every person has the equal right to a happy life, lived the way they want, with their self and self-expression protected. To me feminism is about questioning norms, and acknowledging gender binaries and marginalization. This is a positive thing for all people.

Unlike Mitchell, hostile “man haters” do not scare me or turn me away from feminism. Instead, what we should all reject is a lack of understanding or willingness to understand each other and hear the voices of people trying to create positive change. What we should reject is the homogenized negative image so often associated with feminism.

Feminism has introduced me to a community of people who strive to make changes and who ask questions instead of accepting answers. Those are the heroes in my life. I do not speak for all feminists; I do not speak for all women. I speak for myself and I am sure of my words. I am a person who believes there are harmful imbalances within our society that work to marginalize people.

I am a feminist, and Joni, I think we could be friends.

nirvanna the band the show, the interview