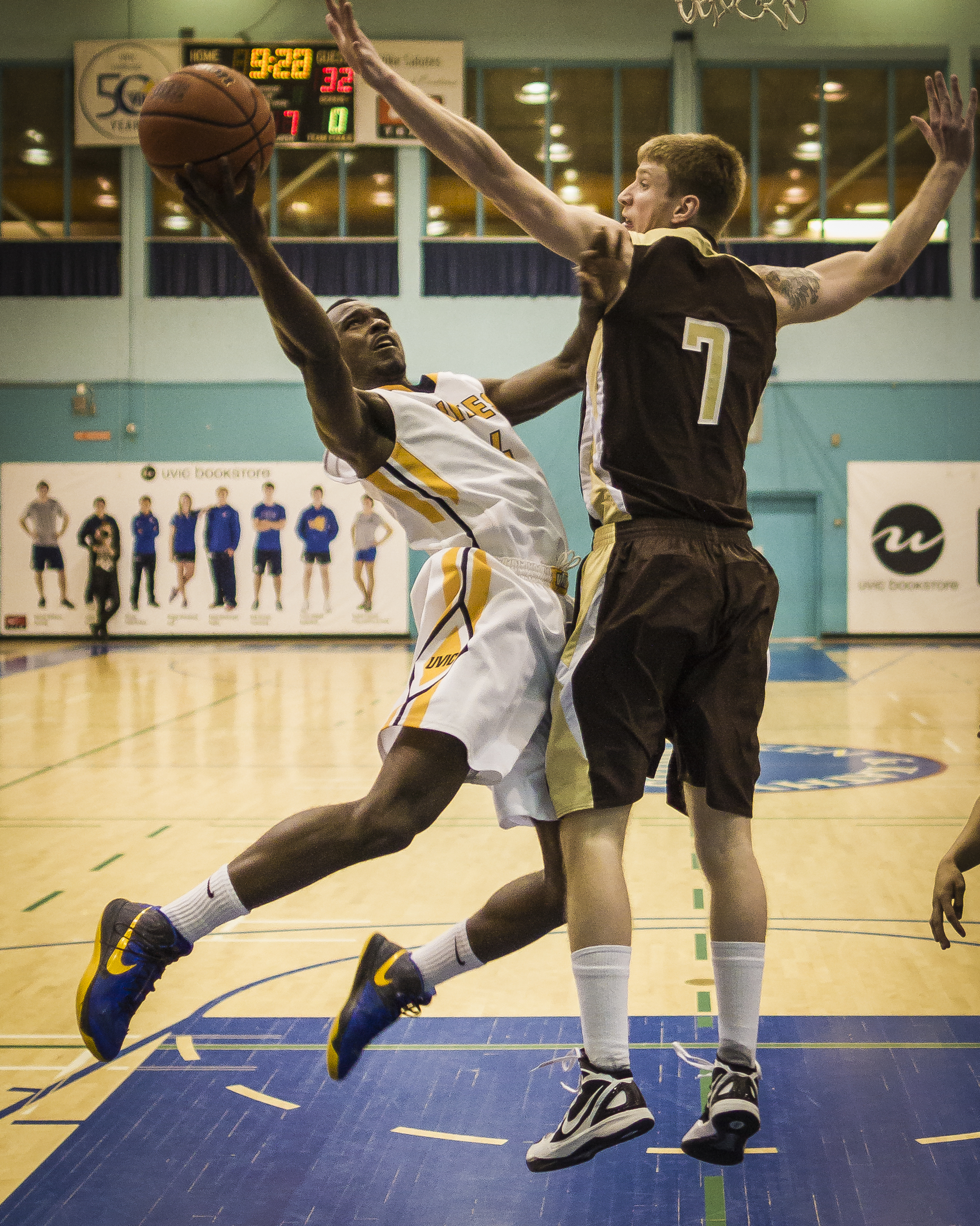 After slipping into the Canada West playoffs despite losing to U of W in their regular season final, the Bison men’s basketball team was eliminated from the post-season on the road by the University of Victoria in two straight games.

Manitoba finished with a 14-8 record tied for second place in the Prairie Division with Winnipeg and Alberta. The team travelled to the west coast to take on the 16-6 Victoria Vikes for a quarter-finals best-of-three series.

In game one, the Vikes were three-for-three from beyond the arc in the fourth quarter as they pulled ahead of the Bisons. On the other end of the court, the Bisons went 3-for-12 in their own three-point attempts as they fell 76-70. Jonar Huertas led all players with 16 points in game one.

In the second game, with the Bisons season on the brink, the Vikes muscled their way into the next round with a solid performance. Victoria took the lead in the first quarter and never looked back, outscoring Manitoba 73-50 heading into the fourth quarter. Once again, shooting percentages told the story of the game, as Victoria made just under half of all their attempted shots (.435), while the Bisons struggled with a shooting percentage of 39.1 per cent, and only hit 4-of-19 three-point attempts.

Playing the “what-if” game is a mostly pointless exercise, but had the Bisons won their final regular season game against their cross-town rivals they would have surely benefitted from not travelling out west for their playoff series; the visiting team came up on the losing end in three of the four playoff matchups,.

Over the course of the two-day event, the Bisons had six individual athletes earn a spot on the podium, and also took two bronze medals in the relays.

On day one, two Bisons reached the podium in the men’s pentathlon event, as Arthur Buchanan earned a silver medal and Wyatt Eyford finished just 20 points back from his teammate, settling for bronze. Wilfred Samking won bronze in the men’s 60m hurdles with a time of 8.43.

By the end of the meet, Manitoba finished third amongst all teams, only 14 points back from the hosts Regina in second.

Athletes who finish in the top two at a conference championship automatically qualify for the 2013 CIS Track and Field Championships, held at the University of Alberta in Edmonton, March 7-9.