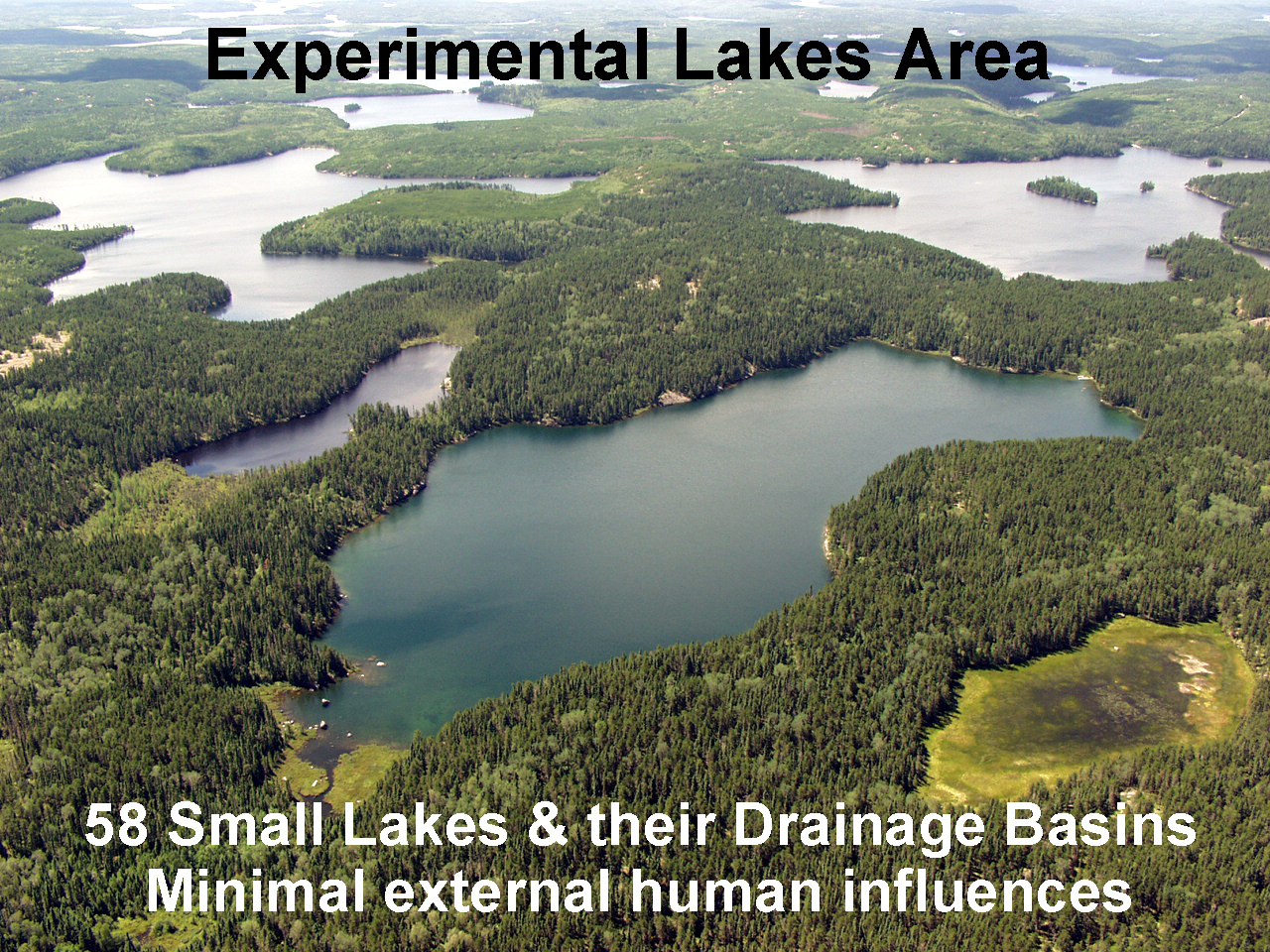 On Nov. 27, world-renowned limnologist David Schindler delivered a compelling speech at the University of Manitoba entitled “Contributions of the Experimental Lakes Area [ELA] to solving cultural eutrophication in Canada’s freshwater lakes.” Later that same evening, Schindler gave a similar though truncated version of that discussion alongside Canadian food and water activist and chair of the Council of Canadians, Maude Barlow, at an event put on by the Save the ELA Coalition.

“It’s getting to the point where the ordinary type of democracy doesn’t always work,” remarked Barlow, referring to the series of changes and cuts made to environmental science policy by the federal government of the day.

Both events are best viewed as part of a greater movement towards raising awareness over the impending termination of the ELA. The ELA is a freshwater research station of 58 lakes located an hour north of Kenora in northwestern Ontario, with an annual operating budget of roughly $2 million. The field station was erected in the late 60s and has developed an international reputation for its unique and imaginative whole-lake ecosystem approach to limnological (the study of lakes) research.

Save the ELA Coalition director Diane Orihel has mounted an aggressive campaign against the proposed shutting down of the ELA since this past spring, putting her PhD studies on hold in the meantime.

“It is the job of ELA scientists to serve Canadians by producing scientific knowledge required by the federal government to produce public policy,” stated Orihel in September at a Save the ELA tribute held at the Forks.

Schindler’s talks delved into the world-renowned, policy-informing freshwater research that has been going on at the ELA since 1967. Over the years, the ELA has made many important discoveries. One example of successful ELA research was based on measuring the effect of acid rain and the acidification of lake basins. This experiment was inspired by other research in the early 70s that linked lake acidification in the Sudbury, Ontario area with sulfur emissions from nearby metal smelters.

Schindler and others began in 1976 and continued on through the 90s, administering sulfuric and nitric acid to select research basins, monitoring changes in pH and the corresponding health of the biological community. In the lakes that received various levels of sulfuric acid inputs over the course of a few decades, the result was that the littoral (near shore) zone’s biological community suffered dramatically, and recovered far slower in a lake that had been acidified to pH 4.5 than in another lake that had only been acidified to pH 5. In another acidification experiment, ELA researchers compared the relative acidifying effects of sulfuric and nitric acid when introduced to separate parts of a double-basin lake. Here is what they found over a five-year period: “nitric acid proved to be about two-thirds as effective as the sulfuric acid as a lake acidifying agent. This demonstrated that nitric oxide emissions from automobiles and other sources can be potent sources of lake acidification.”

“The scientific consensus on aquatic effects obtained during the late 1970s and early 1980s played a significant role in justifying [sulfuric] and [nitric] emission controls both in Canada and internationally,” states a post on Environment Canada’s website.

The ELA also demonstrated that the flooding of wetlands associated with hydroelectric reservoir development results in considerable increases in methyl mercury content in fish populations, which has implications in commercial and traditional fisheries systems. The same research also tracked statistically significant increases in greenhouse gas emissions produced by the flooded aquatic vegetation communities.

Another experiment in the early 2000s sought to characterize the impact of synthetic hormones from birth control pills on aquatic ecosystems. Synthetic estrogen is excreted (in the form of urine) by women consuming birth control pills, where it then passes through municipal wastewater treatment facilities and continues on downstream into water bodies at low concentrations.

Researchers simulated this cycle at the ELA by introducing synthetic estrogen to aquatic ecosystems. They monitored fish, frog, and aquatic invertebrate populations exposed to consistent, low levels of synthetic estrogen to determine whether it was acting as an endocrine disruptor in the resident biota. Over the course of several years, researchers found that a number of male vertebrate and invertebrate species experienced marked physiological changes. Males of one minnow species became feminized and unable to reproduce, which nearly decimated the population.

Other research projects conducted at the ELA include: studying the impact of mercury emissions from electrical utilities; assessing the impacts of fish farming aquaculture on the health of fish populations; as well as an ongoing study of antibacterial nanosilver—now in over 300 commercially available products—and how toxic it may be to freshwater algal and bacterial communities. One of the most significant earlier studies to come out of the ELA occurred in the late 60s and 70s where Schindler and others carried out whole-lake experiments that identified phosphorus as the culprit behind toxic blue-green algal bloom formations (eutrophication) in lakes.

Eutrophication is a result of excess nutrients in a water body. Eutrophication—like what has been witnessed in Lake Winnipeg’s South Basin—results in a less transparent, less oxygenated water column, leaving less available oxygen for aquatic species. This, in turn, dramatically alters food web dynamics and results in poorer overall water quality.

In the 70s, municipal sewage and industrial detergent products accounted for 50 per cent of all problematic nutrient loading, although detergent companies insisted that it was products like nitrogen and carbon that needed to be controlled, not phosphorus. However, ELA research helped disprove this assertion, and lead several states and provinces to pass laws restricting the use of phosphorus in detergent products.

“[ELA] refuted the idea that you needed to control nitrogen,” remarked Schindler in one of his talks, adding, “This has been one of the strengths of the experiments at the ELA. [Small-scale experiments] don’t give you enough time to evaluate the slow processes.”

Schindler noted that after this period in the 60s and 70s, after controlling phosphorous inputs from sewage and detergent inputs, industrial farming practices “intensified land use and the use of fertilizer [ . . . ] especially the use of manure.”
“So we transformed an easily controllable problem where we can deal with point sources [i.e., detergent production and sewage treatment] to one which is much more difficult to control because the sources are so-called ‘nonpoint’ or diffuse sources.”

It is this relationship between the agricultural use of fertilizers and manure (both high in phosphorus content) that is linked to the blue-green algae production on Lake Winnipeg today, which contains microcystin – a toxin that can cause bleeding of the liver along with posing other health risks.

The fate of a publicly-funded ELA

On Nov. 28—the day following Schindler and Barlow’s talks—the City of Winnipeg’s executive policy committee “voted in favour of writing a letter to the federal government not to close the freshwater research program until they find a funding source,” reported the Winnipeg Free Press.

While this may seem like a boon to the Save the ELA crowd, the important thing to note is that the government has not changed its official position towards funding the ELA when presented with letters of this kind in the past.

In an interview with the Manitoban earlier this fall, Diane Orihel explained that one of the main gripes of ELA supporters is the prospect of it being funded by a private source. The worry is that a private corporation wouldn’t have the same obligation to be transparent as one funded by taxpayer dollars, and that this could compromise the integrity of future research done at the ELA.

Also in an interview with the Manitoban, Schindler claimed he “would frankly prefer a management structure that included academia,” adding “[Department of Fisheries and Oceans] has been a ‘wicked stepmother’ as a manager.”

“This is coming right from the top level, where science that gets in the way of rapid economic development is considered to be unimportant to the current government.”

Cannabis remains banned on U of M campus