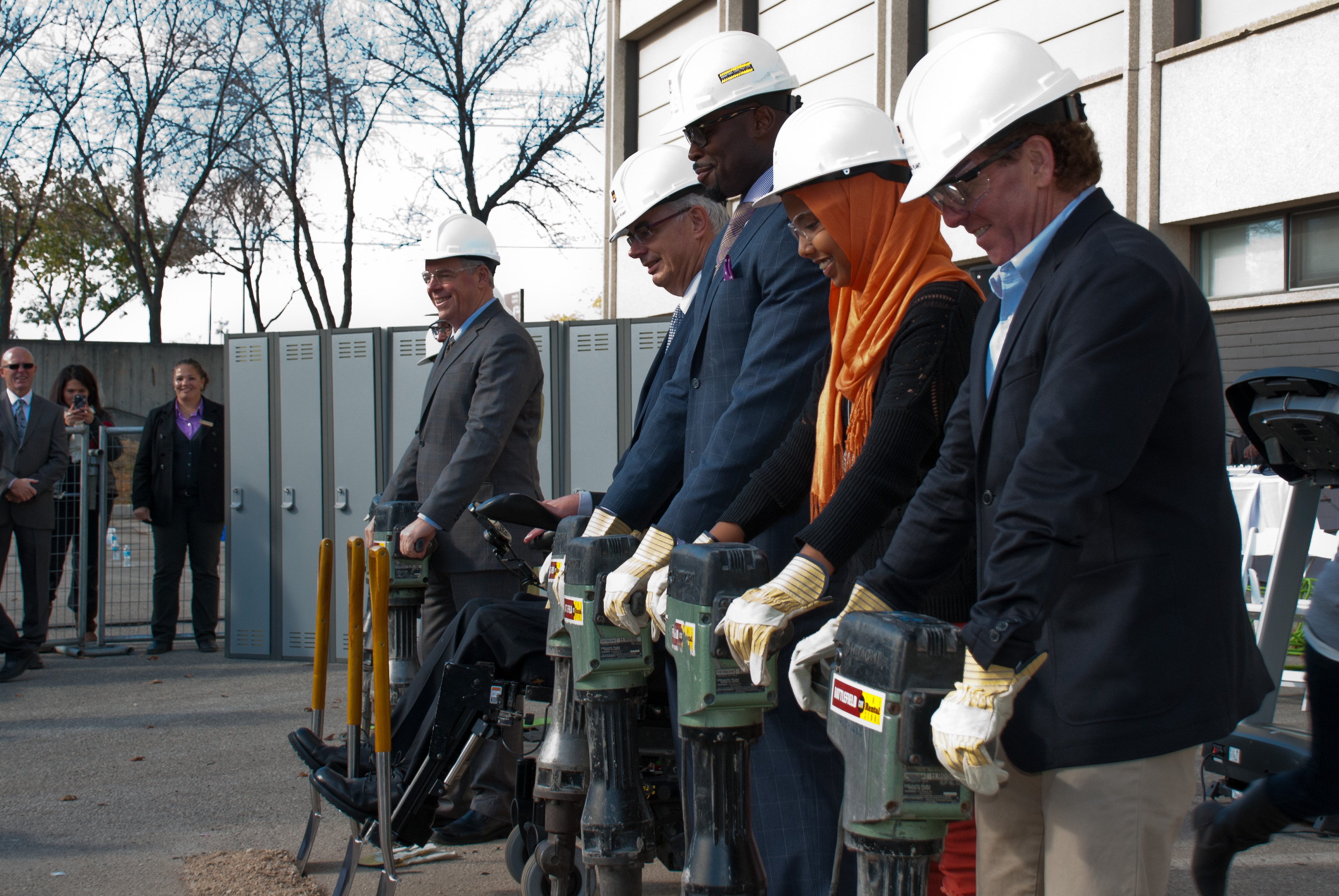 Construction for the University of Manitoba’s new Active Living Centre will get underway shortly, as jackhammers broke ground at the future site of the $46 million fitness and research centre on campus. The state-of-the-art facility—slated to open in 2015—will be adjacent to the Frank Kennedy Centre and sit at the corner of University Crescent and Dafoe road.

Connected to the university’s existing tunnel system, the facility will make up 100,000 square feet of new space which will house brand new training facilities including an elevated 200-metre indoor running track, a 40-foot climbing wall, and a cardio and resistance training area. The ultra modern, eco-friendly, open concept building is expected to attract new students and ultimately become another major social hub on campus for students, faculty, and the community.

On top of athletic and recreation, the building will also serve academic purposes; the facility will be home to brand new research space for faculty of kinesiology and recreation management. The Applied Research Centre will allow faculty and students to help populations affected by chronic diseases related to inadequate physical activities, such as diabetes, cardiovascular disease, and hypertension.

Representatives from all three levels of government were in attendance to speak about the importance of the world-class health, wellness, and fitness centre.

“We all know that active living is a key, not only to good educational outcomes, but to good life outcomes,” Manitoba Premier Greg Sellinger told the Manitoban, “This facility, with the faculty of kinesiology being the organization in charge of it, will make a gigantic difference.”

“We have to promote this kind of research, and we have to encourage people to have active living at all stages of their life.”

The project received funding from all three levels of government, including $2.5 million provided by the City of Winnipeg, which accounts for the net proceeds from the sale of the Polo Park Stadium site.

The University will end up covering the majority of the costs, which will be reflected with a raise to student tuition. The added cost will allow students to make use of the University’s facilities – negating the required purchase of a Bison Recreation Services membership. Students will also get into Bison Sports events once the new tuition fee is put into place.

According to the U of M president, about 180 groups—which include Sport Manitoba, school divisions, and private groups—make use of the U of M’s current facilities. Once the Active Living Centre opens its doors in 2015, it has the potential to influence the activity levels of the over 35,000 U of M students and staff, as well as 25,000 users from around the Winnipeg community.

Student take an icy plunge for the United Way