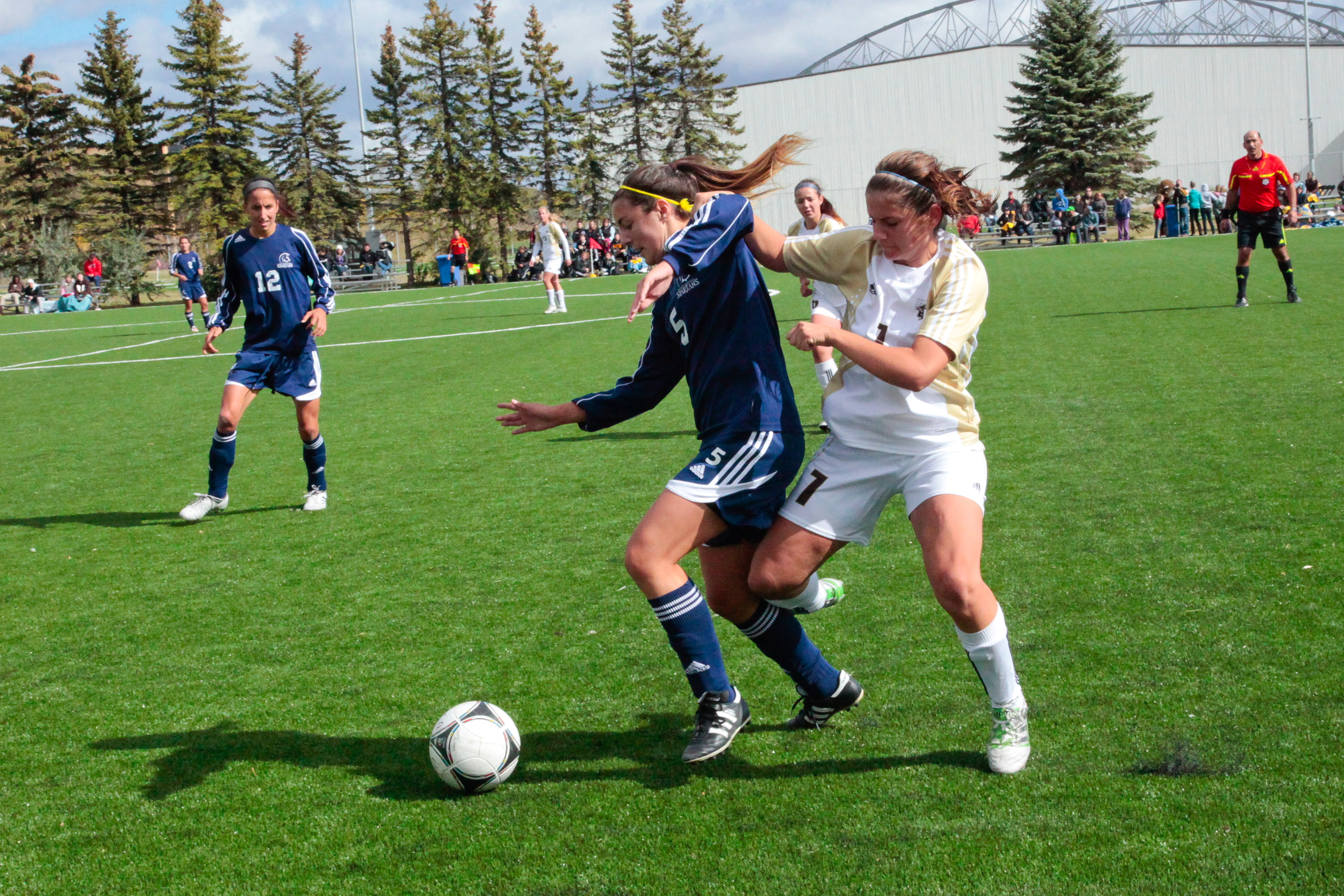 On a cool, crisp afternoon the Bison women’s soccer team faced off against a tough Trinity Western University Spartans team. The Bisons have had a less than encouraging season so far and went into the match on a two game losing streak while their opponents were sitting at the top of the tables in Canada West with a 3-0 record.

During an energetic start to the match, the Bisons were able to keep a lot of the action on the Spartans half of the field and created a few good goal-scoring opportunities.

“The plan to start with was to come out and try to impose ourselves on them, and I think we did that,” said Sloane-Seale.

But the momentum at the beginning of the game didn’t last as long as the Bisons head coach Hayden Sloane-Seale would have liked. After the first ten minutes of the first half, it was becoming clear that the Trinity side was a calculated and aggressive bunch that had a job to do.

“For the first 20 minutes I think we came out and played the way we wanted to play, and then we conceded a really, really bad goal against the run of play, and that took the wind out of our sails,” commented Sloane-Seale.

The defending conference champions scored their first goal against the Bisons in the fifth minute with a beautiful breakaway goal, and there were more to follow.

“To the [team’s] credit, I thought they kept competing, and then they conceded the second goal, which was bit of a heartbreaking goal because it made the game comfortable for them,” stated Sloane-Seale. “The way we conceded goals today was disappointing.”

The Spartans took a 2-0 lead within the first 15 minutes of the game and continued to demonstrate why they are the best for the rest of the first half, finding the back of the net another two more times before halftime.

The score stayed at 4-0 for Trinity through to the end of the match. The Spartans continued to prove themselves on the prairies this past weekend. After beating the U of M 4-0 on Saturday, they went on to decimate the U of W on Sunday with a final score of 6-0. After the Saturday game against the top team in the nation and defending champs the Bisons had no time to rest, as they played a game the next afternoon against the second team in the tables, the University of British Columbia Thunderbirds.

And while it may have been a completely different task, it was almost the very same outcome. The Bisons lost 3-0 to the Thunderbirds, which placed them in eighth in the Canada West conference standings.

Next up the Bisons will be traveling to Abbotsford, BC to see what they can do against the University of the Fraser Valley Cascades on Sept. 28.

Stefanie Young credits friend and coach for drawing her to Bisons