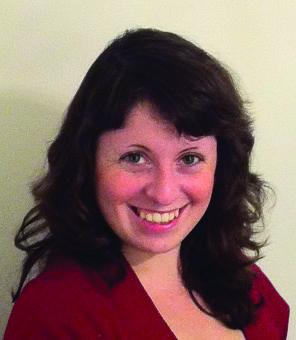 I’m not the culture type. At all. I haven’t attended a concert in five years. I go to bookstores often – to read The Economist. The last art exhibit I attended was the Norman Rockwell show at the Winnipeg Art Gallery, because Rockwell is the only artist I’ve ever appreciated. And whenever someone says they love Winnipeg for its culture scene, I have an uncontrollable urge to strap them to a chair and force them, Kubrick-style, to look at images of cities with better infrastructure, policing, and governance until they beg for mercy.

Sorry. Tangent. My point is, I don’t like paying for things I will never have any reason to use. I’ll pay for other people’s healthcare, even though Canada’s delivery system is a farce, but that’s another column. But pay for them to make art? Forget it.

Winnipeg spends six dollars per person on public art, and the Winnipeg Arts Council wants that amount doubled. If you have an extra 12 bucks on hand and wish to spend it to benefit an artist, go on with your bad voluntarily subsidizing self. But if you want us all to give an extra 12 bucks to benefit artists through our taxes, please bear in mind the condition of our streets and community centres, the low availability of affordable housing, and the rather sorry state of our transportation system, such as it is. If we’re going to spend that money at all, we might as well spend it on something with long-term, tangible benefit.

It’s true that organizations that can afford to put on a “rich gala,” to quote Prime Minister Stephen Harper, are the exception, not the rule, of arts funding beneficiaries. But that’s not the main problem with it. The main problem as I see it is the idea that an entire industry and the people working in it require a constant stream of taxpayer money to survive. When an oil company gets that kind of treatment, the same people who demand more government arts funding turn around and, rightfully, call this corporate welfare.

However little total money is spent by governments on the arts, when it comes time for them to look for cutbacks, it’s among the lowest of low-hanging fruit. How many times have you read about a beloved theatre or gallery that has had to shut its doors due to funding cut-offs? Wouldn’t their employees’ jobs be safer if they planned their businesses around the expectation of no public funding at all?

Then there’s the argument for funding for the sake of individual artists: people who wish to make their art into a career, but run up against supply costs and have to work a day job. I can somewhat sympathize. I love my day job, but I would also love to be able to write full-time. Should complete strangers give me a few thousand bucks in grant money so I can? Not if they don’t want to. It’s none of their business, especially if permanent jobs for them won’t be a by-product of that grant.

Need extra cash for your art project? Fundraising websites such as Kickstarter and Indiegogo are your new best friends. Take them out for a drink some time.

But, far and away, the best argument I’ve ever heard for arts funding is that it’s good for people’s spirits. No, I’m not kidding, someone said that to my face. You know what’s good for my spirit? Getting into another debate about Canadian government reform with my buddy Steve’s friends on Facebook. Sitting with my friends and verbally beating the entrails out of the Star Wars prequels. Baking a coffee cake. Not the arts. Don’t talk to me about spirits.

So, to recap: we can spend our money more wisely. Funding for arts groups creates risky dependency. Funding for individual artists is a gamble on gains for anyone but them. The “spirit” argument is just bullshit.

And if anyone wants to persuade me otherwise, I’ll happily give you 12 bucks to go away.

I know what I like: Why it’s important to apply critical thinking to popular media

Logic and the art of not being offended

28 Comments on "None dare call it welfare"