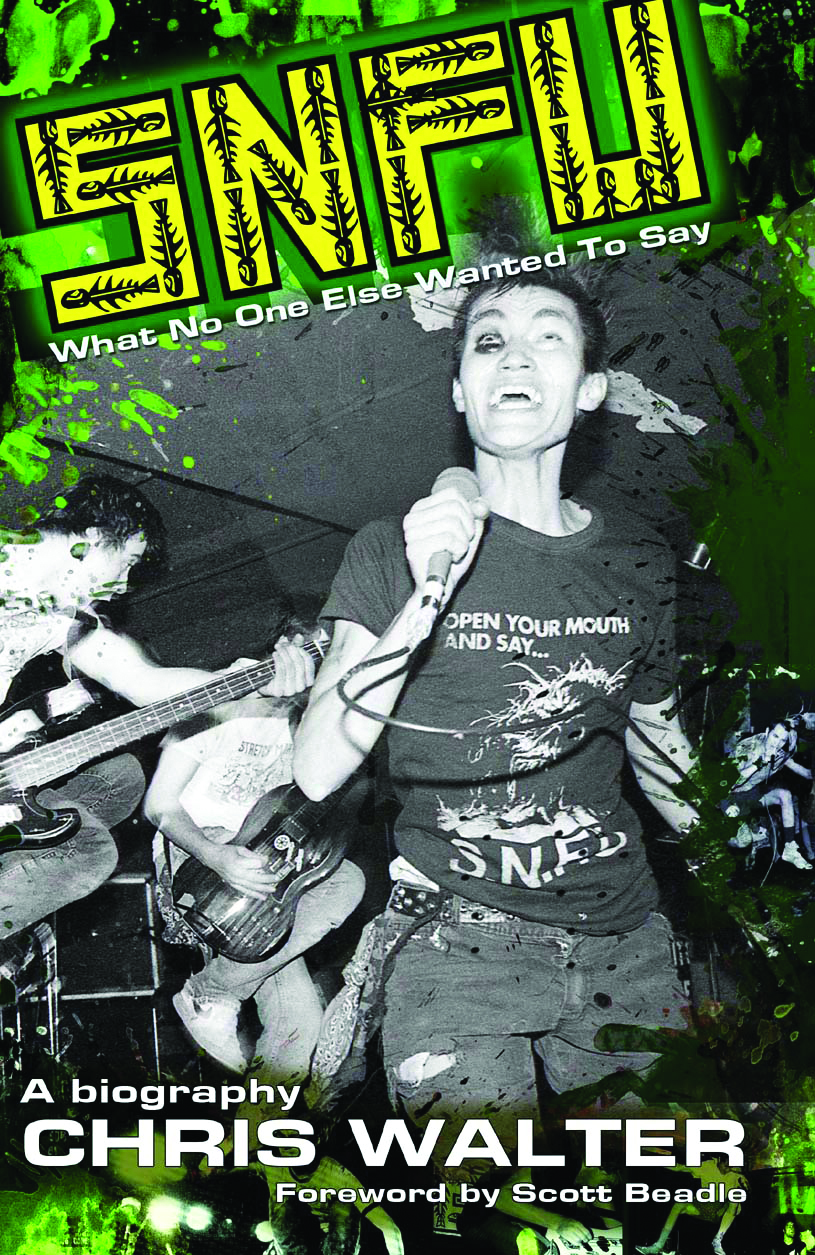 So crows Trouser Mouth about generic music found on the radio.

Seminal Vancouver Punk band SNFU, who have influenced the skate punk genre, are raw, old school and have been around the block a few times. And they still haven’t sold out.

Punk biographer, Chris Walter, went on tour with the band and recorded their stories. His Winnipeg book launch of SNFU: What No One Else Wanted to Say takes place on Friday, Aug. 24 at The Cavern at 8p.m.. Bands Trouser Mouth and Potatoes will be tearing up the place before Walter gets on stage for a book reading.

Mike Wright, member of Trouser Mouth and organizer of the event, said the book launch came about from old friendships and past relationships.

“Chris is old buddies with a couple guys in Trouser Mouth. We played his book launch for his Dayglo Abortions bio a few years back. Our drummer, TS Beats played in SNFU back in the 80s, it seemed like a no brainer to help Chris launch his book.”

SNFU inspired many bands with their DIY ethic and fuck you attitude. Frontman Chi Pig (Ken Chinn) made an impression on Mike Wright when he first met him.

“The first time I [Zip R Head] met Chi Pig, he came up to me and asked if I was in Trouser Mouth. I said yes. He told me our first album Only Users Lose Drugs was one of the best records he’s heard in the last 10 years. He then punched me in the nuts. True story.”

It isn’t only Winnipeggers that have been inspired by SNFU’s fuck you attitude. “James Hetfield from Metallica wore an SNFU shirt on the Garage Days Revisited EP. That’s gotta count for something,” Wright continued.

For interested parties, Walker will sign books. As he is the owner of Punk Books, various titles that Walker has authored will be available for sale as well. Ex-SNFU band member and current Trouser Mouth drummer will sign copies of the biography for $19.

As an added bonus for the salacious-minded, Trouser Mouth is providing extra entertainment to tame the potentially restless crowd. Trouser Mouth has brought back the Trouserettes who will be doing a pole dancing exhibition in between sets.

Tickets are $10 at the door. The Cavern is located below The Toad pub in the Osborne Village. Help support punk entertainment — Wright’s last words: “Buy [Chris’] shit and make him rich.”

Why tapes are great

New writers-in-residence at the CCWOC