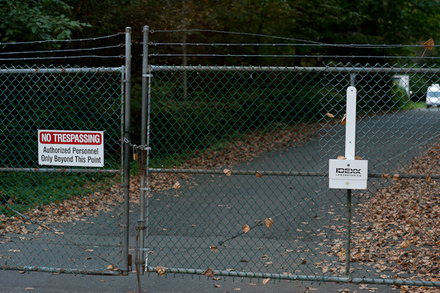 VANCOUVER (CUP) — An investigation into the deaths of four monkeys used in animal research at the University of British Columbia has found no evidence of animal cruelty.

“We’re clearly very pleased with being vindicated,” said Helen Burt, UBC associate vice-president of research. “There is no evidence whatsoever to support the allegations.”

The review was conducted between March 5 and 14 by the Canadian Council for Animal Care (CCAC). In a 2011 study, four of 18 macaque monkeys suffered what UBC described as an adverse reaction to MPTP, a chemical used to induce symptoms of Parkinsonism in monkeys. They had needed to be euthanized after their symptoms accelerated. At the time, STOP UBC Animal Research (STOP) said the deaths weren’t an accident, but a result of “unnecessary, cruel and shocking” research.

But the CCAC’s investigation didn’t find evidence that the macaque deaths were preventable. “Regrettably, a small number [of monkeys] react very badly to the drug,” read the letter, written by CCAC executive director Clément Gauthier. “It is not possible to predict which animals are susceptible to even a very small dose.”

STOP spokesperson Anne Birthistle criticized CCAC’s decision. “We always hoped that they would see the cruelty before them but… they obviously don’t see the harm.”

The letter said that an inspector’s research included talking to the chair of UBC’s Animal Care Committee (ACC), the researcher, and the clinical veterinarians who cared for the macaques and reported that the study conformed to the approved research protocol under CCAC standards.

Birthistle wanted to know whether there was representation for animals present during the ACC’s approval process. The ACC features representation from the public, but is not required to include animal rights advocates. UBC was ordered by the province to provide information on committee members as a part of Freedom of Information requests in February.

“They say that it’s nothing untoward, but to us, we’d like to see proof,” Birthistle said. “We would like to see the protocols … posted online so the public can have the input and it’s not kept from them.”

Burt, however, said the university is doing its best to be open to the public. “Clearly [STOP] has an agenda. We’ve been quite forthcoming with information in recent months about animal research at UBC and we’ve engaged in public dialogues,” she said.

“You have to realize that this is not a normal process for the CCAC to be carrying out this kind of investigation based on some serious accusations,” Burt added.