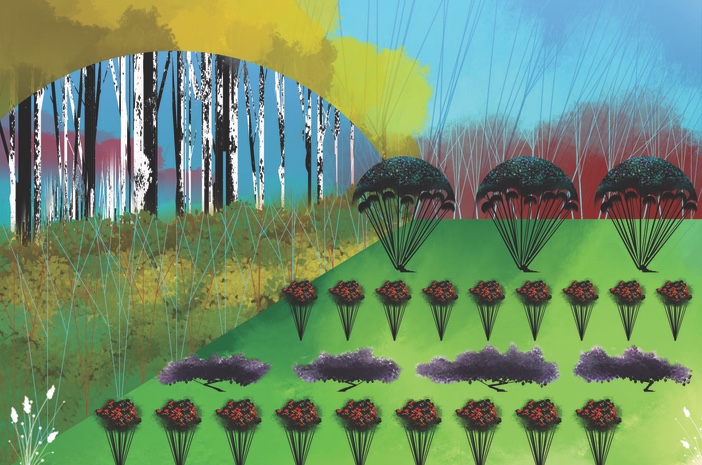 Sustainable food practices are growing globally, but not within the 2019 Manitoba provincial election.

In the context of a climate emergency, ecologically sustainable food production has been overlooked by the provincial government.

In 2017, agriculture in Manitoba made up 31 per cent of the province’s greenhouse gas (GHG) emissions, excluding emissions from farm equipment or heating farm buildings.

Despite this, the Progressive Conservative (PC) government has largely framed agriculture through a business lens and ignored environmental issues surrounding food production.

Minister of agriculture Ralph Eichler told the Manitoba Co-operator “the government’s job is to create a business environment conducive to business and to getting paid” when it comes to the agricultural sector.

In their electoral promises, the PCs have not addressed this and continue down the same path. The PC’s rhetoric is steeped in market competitiveness with little mention of environmental sustainability.

As of press time, the PCs have promised no incentives for farmers undertaking less intensive GHG-emitting practices.

During the Aug. 27 agriculture debate, the Liberal Party’s Lac du Bonnet candidate, Terry Hayward, promised the party would “focus on climate change and the environment with focus on soil health, water quality, land management practices, such as installation of tile drainage systems on [producers’] land.” He also stated the party would promote and advertise Manitoban products in grocery stores, as well as donate excess food to charities and food banks.

In a statement to the Keystone Agricultural Producers of Manitoba, the New Democratic Party (NDP) has briefly addressed the issue, stating they would create incentives through Manitoba Hydro and Manitoba Agriculture supporting environmental improvements.

The party also implied they would work to maintain agriculture’s carbon pricing exemption. The NDP’s focus is largely on supporting young farmers and developing international markets.

Only the Green Party has explicitly addressed encouraging smaller-scale, regenerative farming practices in their platform.

The Greens have also promised to diversify agriculture, moving away from monocultures and focusing on the quality of produce.

The other parties seem to accept the mass-agricultural, profit-focused food production as part of the future.

Most of the work encouraging local food consumption, rural-urban community building and ecologically sustainable practices is being done by unpaid volunteers such as the volunteer board members of sustainable social enterprise Farm Fresh Food Hub.

According to Katie Daman, co-chair and co-founder of Farm Fresh Food Hub, the government needs to fund a position to deal with food sustainability issues in Manitoba.

“We are not set up right now for success around food production,” said Daman.

Without explicit government action on food production, the onus of prioritizing local sustainably produced food falls to the individual consumer.

In order to consume in an ecological way, consumers must attempt to find different sources of locally produced food within big box grocery stores or pricy farmers markets, hoping it is produced in an ecologically sound way.

Even shopping at farmer’s markets may not guarantee that the produce you are buying is local — there are no provincial or federal regulations prohibiting the reselling of foreign goods at farmer’s markets. Each individual market sets and enforces its own rules.

The provincial election platforms have proved that most of the parties are not prioritizing sustainable food production and consumption on a systematic level, with platforms emphasizing the business end of agriculture.

Sustainable food production must be integrated into government climate action plans, not left up to individual consumers.

One of Farm Fresh Food Hub’s projects is to create a distribution centre for sustainably-produced local food — something provincial governments should be prioritizing, facilitating and funding.

In addition, carbon pricing could further incentivize a shift away from greenhouse gas-emitting livestock and harmful fertilizers while encouraging smaller farms that emit less carbon.

Manitoban agriculture cannot just be treated as a business — it must be revamped through an ecological lens, with sustainability and consumer access to local goods at the forefront. Unfortunately, only the Green Party seems to be aware of this.

Divestment not the answer: UBC prof

Protecting our prosperity without jeopardizing our environment