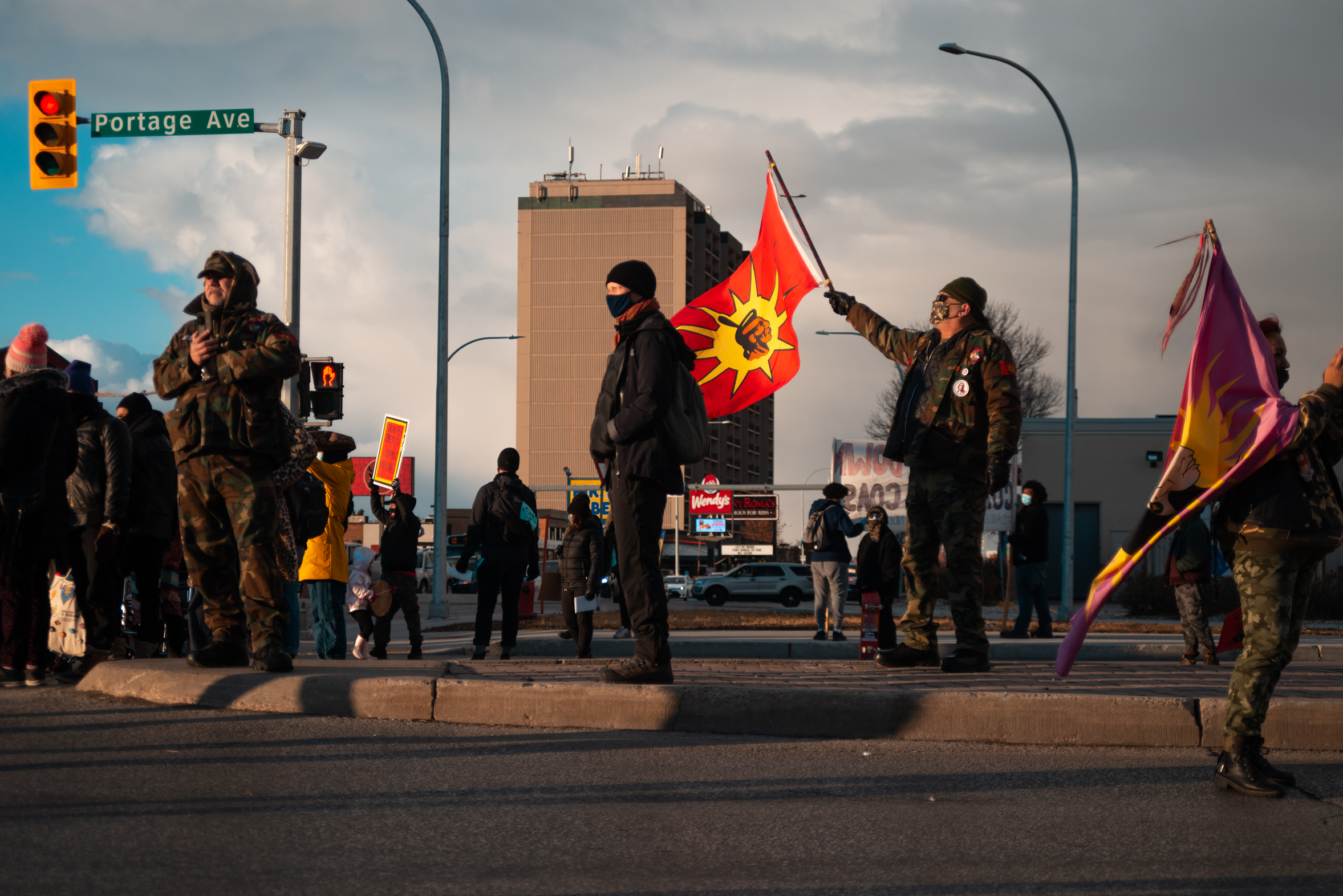 Palmater, an associate professor at Ryerson University’s department of politics and public administration and an activist with decades of experience in Indigenous issues, just released a book titled Warrior Life: Indigenous Resistance and Resurgence. A Mi’kmaw citizen, she is a member of the Eel River Bar First Nation in New Brunswick.

“We often stop at, ‘Oh look, we have a problem’ and have some recommendations without fully understanding what the root cause is or how to translate that into action,” Palmater said.

“So [Warrior Life] is really about action and honouring all of the people on the ground who risk everything to do that for us, despite being vilified, despite being targeted, surveilled, monitored, arrested, threatened, experiencing violence. This is significant work that they’re doing and you don’t get famous from it […] This is about really saving our future for our people.”

LaDuke is a rural development economist and cofounder of Honor the Earth, a non-profit organization created in 1993 to raise both awareness and financial support for Indigenous issues, particularly those related to environmental activism. LaDuke lives and works on the White Earth reservation in Minnesota, where she runs a hemp farm. Her new book is titled To Be A Water Protector: The Rise of the Wiindigoo Slayers and covers a number of recent pipeline standoffs in the United States and Canada.

“I’ve found that in my privilege of travel, back when I used to fly, but also just being on the ground, I got a lot of stories,” LaDuke said.

“So I started writing them […] because the thing is that history needs to be written up. We need to tell our history. We need to tell these stories because [we’re] who’s doing it […] It’s my trying to collect […] the pieces of myself that I have scattered to the wind into one place, to say, ‘This is the history that I saw happening. These are some people that did pretty amazing things. I’m going to do my best to tell some of their stories.’”

In addition to discussing the two books, the colloquium also touched on the impact of the COVID-19 pandemic on activist groups and Indigenous peoples in general.

Palmater emphasized local groups keeping tabs on shifting environmental legislation and continued protests against industrial projects as proof that Indigenous activism has a place for everyone regardless of skillset.

“It was actually one of the most encouraging things that I’ve seen come out of the pandemic — the way that the Indigenous nations or tribal governments took control over their own borders,” she said.

“The same with First Nations here, with land defenders who, despite all of the restrictions on gathering, made sure that they were still advocating and defending.”

LaDuke agreed, talking about her local community taking advantage of the pandemic to connect with younger generations and teach them about planting gardens and making traditional medicines.

“We have this moment where we are forced to take a breath,” she continued.

“And in that moment of being forced to take a breath […] let us look at where we are going […] It’s not like we haven’t lived through pandemics before. We are the post-apocalyptic people — we’ve lost so many people we don’t even know what we lost. So much loss.

“And so […] we sit here, and in some ways, I think that there is this absolute coherence that happens in this moment of crisis where you’re [thinking], ‘What are you going to do?’”

Both panellists agreed that social movements have seen an uptick during the pandemic. Palmater brought up George Floyd and the racial justice protests sparked by his death in May. LaDuke mentioned the removal of statues of Christopher Columbus and American Confederate soldiers, as well as the renaming of the Washington Redskins football team.

“The most significant changes for human beings on the planet have come after sustained periods of conflict, what’s perceived as conflict — disagreement, debate, the planting of the seeds of change,” Palmater said.

“And so I actually get really energized from that.

Sloths of Ohio and their hunters