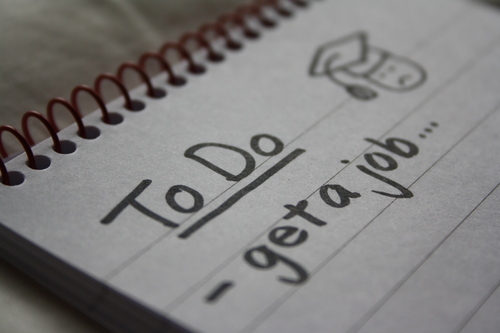 MONTREAL (CUP) — With 2012 convocation only weeks away, future graduates are looking at a grim job market as young workers have been the worst affected by the past recession, according to a recent study by TD Economics.

The 2008 recession hit young workers hard: workers under 25 held more than half of the 430,000 jobs that were lost over the recession, though they represent one-sixth of the labour force.

Those between the ages of 20 and 24 have fared better than those in the 15 to 19 bracket, but job recovery is still dismal for all young workers though the recession has ended. And 175,000 young workers have left the labour market since the start of the recession — meaning they just stopped looking. Youth unemployment now stands at 14.5 per cent, double that of the regular population.

This is a trend that accompanies economic slowdowns, said Francis Fong, economist and author of the study, pointing to similar situations in the ‘80s and ‘90s.

“Young people have always taken the brunt of these economic downturns,” explained Fong.

Though Canada’s baby boom generation has just started to hit 65, many older workers are either returning from or delaying retirement to remain in the workforce. There has even been a “surge” in job creation for older workers post-recession, as 400,000 new jobs overall have been created for workers over 25 since before the recession began.

Leanne Ashworth, co-ordinator of the Concordia Student Union Housing and Job Bank said many graduates return for help, desperately seeking work. “We ask them, ‘What do you want to do?’ And they’ll say, ‘Anything.’”

To Iris Unger, these dismal numbers also echo what she sees as executive director of Youth Employment Services (YES), a career and business resource centre in Montreal.

“There’s a lot of young people out of work, and we’re seeing a lot more of them at the centre,” said Unger, who says pressure to find a job post-graduation from family and friends can take a mental toll on job seekers. “We’re seeing a big increase in young people getting stressed about the employment situation.”

Recently, the federal government slashed $6.5 million in funding for youth summer job programs, closing down job centres and moving many resources online. The office of Human Resources Minister Diane Finley defended the decision, saying that young people they surveyed said they were seeking out information online rather than at centres.

Unger criticized this justification, saying that the government should have also consulted resources like YES, and not just students. Hunting online for jobs is not a sure-fire way to get hired, she said.

And it will likely take a few more years before the labour market re-balances itself. Past studies have shown that it can take up to 10 years for young workers to regain their footing in the economy after a recession, according to Fong. And those who graduate in a recession stand to earn less income, a gap that only closes several years on.

Overall, “it’s not easy for young people to make it these days,” Fong conceded. So what does a young person with a newly-minted diploma do?

Having a online resume, like a LinkedIn account, is a good call, but don’t job hunt exclusively online. Instead of emailing out dozens of faceless CVs, make yourself known to potential employers by using “hidden connections” like networking, volunteering and internships.

“People need to be trying as many different things as possible and having face-to-face connections with employers instead of just firing things off on the Internet and never talking to someone,” Ashworth explained.

“The main way to get a job is through networking, which means getting out of the house,” Unger agreed.

One option is to offer to volunteer a few hours a week to get your foot in the door and gain experience, while supporting yourself at another job.

Unger added that it’s also crucial to find a supportive network of family and friends so you don’t sink into a funk.

And if you don’t find your dream job straight out of school? The report warns that not finding work after graduation “erodes a graduate’s skills and competitive edge,” and can lead to people taking “lesser” jobs, taking a hit to their income over the years.

Sometimes, it’s okay to settle for what you can get, according to Ashworth, but it’s also important to keep your eye on the prize.

“Find a survival job, keep your spirits up and try to focus on the long-term search, as well,” said Ashworth. “Don’t feel like you’re stuck there forever, but get your needs met first.”

Trick or Eat is a treat

The future is now?