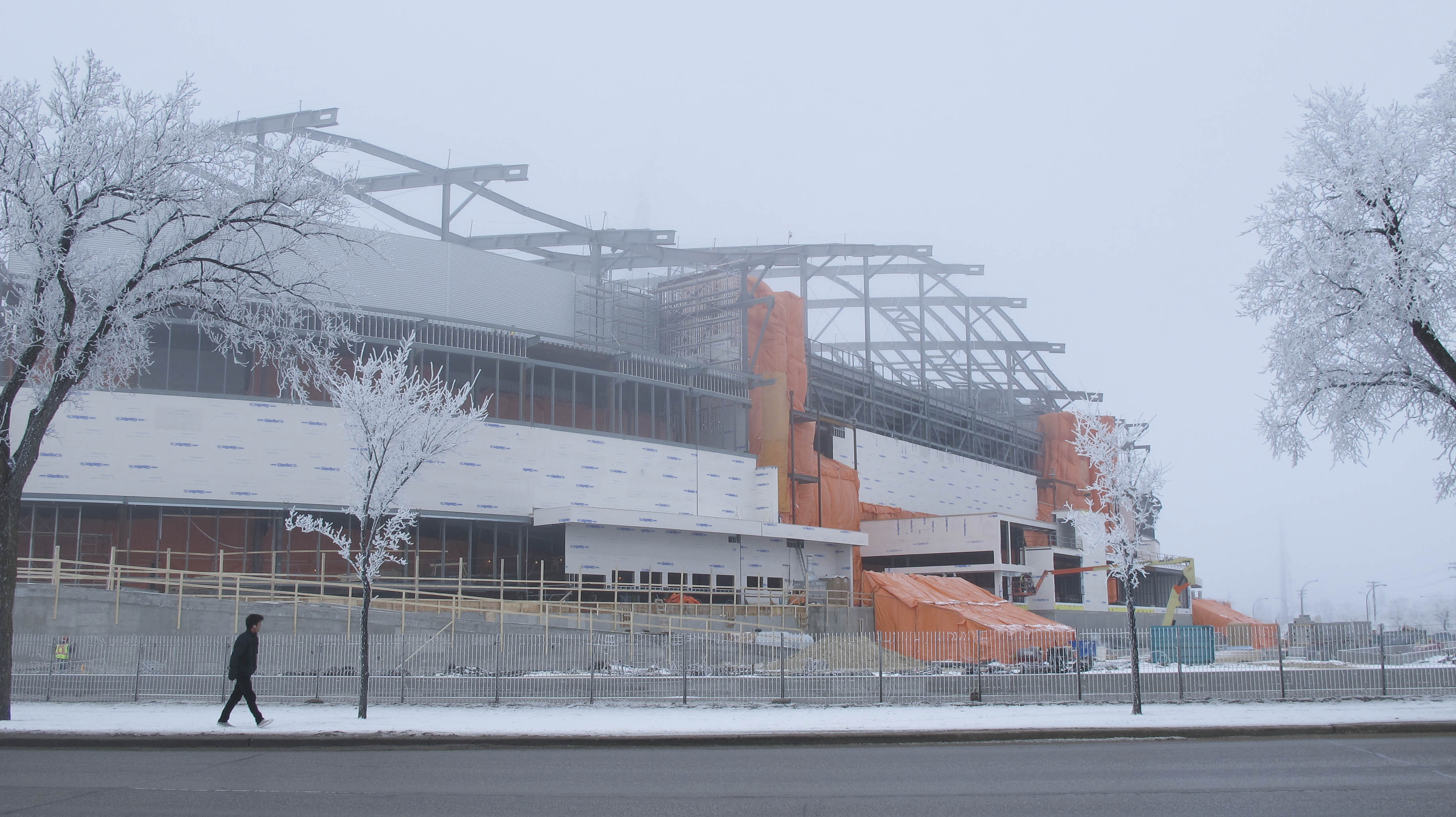 Some students and staff at the University of Manitoba are raising concerns with a potential Blue Bomber game day parking plan, stating that it could limit access to the Fort Garry campus during events at the new stadium.

The new Winnipeg Blue Bomber stadium, located on University Crescent, was slated to open this summer, but delays in construction may push back its opening to September.

The university’s initial proposed plan would only allow students and staff with a U of M parking passes to park on campus during Blue Bomber games, and only in selected lots: A, B, N and L. All other lots would be cleared an hour and half before game time to make room for game attendees.

John Danakas, director of Marketing Communications for the U of M, said that this plan is still up for discussion, and that the university will be soliciting feedback during an open house on stadium event planning.
That open house is tentatively scheduled for Feb. 29. By then, university officials should have more details about the CFL schedule, Danakas said.

“[Games] could all be on Sundays, they could all be on Saturdays. It makes it a lot more easy then to come up with a plan when you know exactly what days the games will be on,” he explained.

Danakas pointed out that there should be increased access to public transit on game days. He added that the university is working with the City of Winnipeg to develop a plan “that will make it as easy as possible to access the U of M Fort Garry campus on game days.”

“Every effort is going to be made to make this work,” he said.

“It’s very important during Bomber games that staff and students are accommodated as best as possible. At the same time, there are needs that the Blue Bombers have as well, and every effort will be made to accommodate those as well.”

Camilla Tapp, president of the University of Manitoba Student Union, said that UMSU is concerned that the university’s proposed plan may make it more difficult to access the Fort Garry campus for students who don’t have parking passes.

She added that students who can’t afford to pay for a parking pass could be forced to use public transit or other modes of transportation to get to the U of M.

“This is limiting students’ access to the university which they pay into,” she said.
She added that she felt that the university has not adequately consulted with and informed students about the proposal.

“We at UMSU only heard about this due to a rumour circulating in the university community,” she said.
“We are happy that the administration has decided to share their plan with the campus community, although we would have preferred that this consultation be done prior to the decision being made.”

Cam Morrill, president of the University of Manitoba Faculty Association, said there has been virtually no consultation with faculty members about the proposed plan up to this point.

“We’re planning to write a letter asking them to provide details on what exactly the plan is and what sort of guarantees there’ll be for faculty members during these games,” he said.

Morrill said that UMFA is concerned about how the proposed plan would affect evening courses and exam schedules.
“Thursday nights, Friday nights are not unusual. We also have a number of classes, especially in our business administration program, which are on Saturdays,” he explained.

Faculty members “work at all hours,” he pointed out.

“Some of them have labs with animals, so sometimes they have to come in at night, so in practice, people have expected to be able to take advantage of 24 hour parking on campus,” he said.