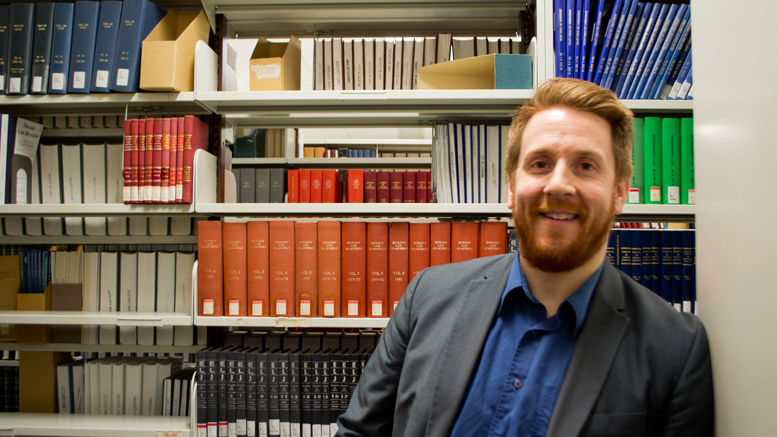 Increasing tuition fees at Canadian law schools could have a negative effect on public interest law, according to a recent op-ed by a University of Manitoba law student.

In a piece published Jan. 16 in the Winnipeg Free Press, Ben Wickstrom, a second-year law student at the University of Manitoba, argued that the increasing financial burden attached to a law degree leads graduates to take higher-paid, often corporate, positions in order to manage their student debt.

The effect, he said, is to starve public interest law of crucial resources, raising fundamental questions about access to justice.

“The cost of a legal education encourages more and more students to focus on areas of the law that are the most profitable, or forgo practising law at all,” Wickstrom writes in the article, which claims students often graduate with more than $100,000 worth of student loan debt.

Wickstrom cites a 2013 National Self-Represented Litigants Project study that reported in many courts, more than half of people working their way through the legal system do so without representation. He also cites a Canadian Bar Association report released the same year that found a large number of working Canadians cannot afford legal counsel.

“There’s a public policy issue here about access to justice and if we don’t look at tuition as a part of the discussion, then we’re not really looking at the issue seriously,” Wickstrom told the Manitoban.

At $9,487 for domestic students over the 2015-16 school year, tuition at the U of M’s Robson Hall faculty of law is among the lowest for Canadian law schools. With books and other fees considered, total cost of law school at the U of M runs to more than $13,500 a year.

However, conversations are circulating within the faculty about bringing tuition fees more in line with the national average, which is closer to $15,000 per year for a full-time student, before books and other fees are considered.

Wickstrom said students are sold a vision of law school as a ticket to chart their own career path, be it in the corporate or social justice sectors, but the financial realities can make it cost-prohibitive for graduates to enter the lower-compensated public interest field.

“I think that members of the faculty, the administration, members of the legal community could be making this case publicly about the importance of affordable legal education,” he said. “It just hasn’t been happening. I think the case is there to be made.”

The U of M program hasn’t had a substantial bump in tuition fees since 2003, when it climbed 91 per cent from $4,384 to more than $8,300 over a three-year period. The increase was supported by 67 per cent of Robson Hall students in a referendum.

Lorna Turnbull, dean of the U of M’s faculty of law, told the Manitoban that the faculty runs the risk of falling behind other Canadian law schools if it does not secure more financial resources.

She added that, if the faculty is not able to improve its programming, prospective students could be driven out of the province, raising further questions about access to justice in the event that they don’t return to practise in Manitoba.

“There’s a certain amount of ‘you get what you pay for,’” she said. “It’s getting harder and harder for us to offer the depth of programming that is offered at other law schools.”

Turnbull noted that nearly a third of revenue from the 2003 increase was designated for financial support programs within the law faculty, giving students access to nearly $750,000 in aid.

Additionally, she said the faculty is developing a full-time community legal clinic, which will connect community members with affordable counsel while offering hands-on experience to students, who currently serve one day a week in a clinical setting throughout their third year of study.

After the Manitoba provincial government relaxed its tuition freeze in 2010, administration began consultations with faculty and students to determine what level of increase would be appropriate and how additional resources should be allocated in a collaborative effort to address the potential shortfalls, Turnbull said.

“It’s not an executive fee that’s going to cause this to happen but it’s also responsible management of our program,” she said.

In 2014, the Law Students’ Society of Ontario surveyed students at five Ontario law schools on the impact the financial stress of studying law has on classroom diversity, career outcomes, and the general public interest.

The survey, titled “Just or Bust?” found that a majority of respondents agreed or strongly agreed that the cost of attending law school impacted career objectives or rationale for pursuing a law degree.

The cost of studying law in Ontario ranges from around $16,000 per year at Lakehead University in Thunder Bay to more than $30,000 at the University of Toronto.

Peter Kirby, a family and criminal lawyer who worked in the Kenora, Ont. area for nearly four decades before retiring in December, said programs need to be designed to allow graduates practising in the public interest field to manage their debts.

He suggested law schools or governments could follow a model where doctors working in remote and northern communities are compensated or have a certain level of student debt forgiven.

Kirby added that loan payback periods could be extended and be made commensurate with income.

“The system is perverse because the rich are really rewarded and there has to be incentives for people to do the kind of work I was doing in Ontario,” said Kirby, who was a founding member and inaugural director of the Kenora Community Legal Clinic.

He said if law schools are going to increase tuition, it’s incumbent upon them to apply pressure to governments to develop and adequately fund programs in the public interest.

“I’ve never had to experience that kind of [financial] pressure, but it is pressure,” he said.

“And I think you have to think about how you’re going to allow people to do service without feeling compelled that they have to go to the highest bidder or do the work that pays them the most.”