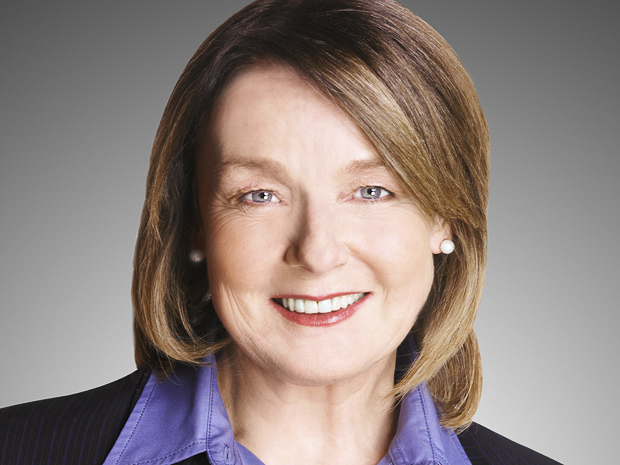 This week two federal NDP leadership candidates, MP for Churchill, Man. Niki Ashton as well as MP for Parkdale-High Park (Toronto) and former President of the NDP Peggy Nash, stopped by the University of Manitoba on their campaign trail. The Manitoban had the opportunity to interview both Ashton and Nash. Here is a portion of those interviews:

If elected as the leader of the NDP, how would you work to ensure the needs and interests of students are best represented in Parliament?

MP, Jack Layton had asked me to be the post-secondary education critic, so I worked with the student movement across the country, from different universities and institutions.

The recurring theme is that the cost of our education today is the highest ever in history. We have the highest levels of student debt, and these trends are debilitating in terms of the quality of life that we ought to have. There are statistics that show that our quality of life will be lower than that of our parents, and that is partly because the cost of our education is so expensive.

If I was elected leader, one of the things I would do is work to bring in a post secondary education act, of course respecting provincial jurisdiction, but recognizing that there’s a federal role that the government needs to play, that there needs to be a concrete fund that goes towards education.

Bill C-10, the conservatives omnibus crime bill, and Bill C-18, the dismantling of the Canadian Wheat Board, are arguably two of the most divisive issues amongst Canadians right now. How would you work to address the concerns that many Canadians have with these policies?

Bill C-10 is built upon the politics of fear of the Conservative government. Crime has been dropping in our country, and basically, they’ve put forward an agenda that [ . . . ] does not reflect the realities of our society.

I represent some of the poorest communities in Canada [ . . . ] communities where a lot of young people fall through the cracks and end up going to jail. Instead of using that money to punish people, we should be starting at the beginning, and looking at ways to ensure that young people are active, healthy, and not getting involved in criminal activity.

We need to come up with real, evidence based policy, fact-based policy, and ways that we can support young people.

We saw the most undemocratic approach from the Harper government on the Canadian Wheat Board [ . . . ] they disobeyed the law, as the federal court pointed out, and in addition to that, it was shocking to me that an institution that has been around for 75 years, that has shaped the economy of the prairie provinces was dismantled in five weeks.

There have been comments in media made that this leadership race has been overshadowed by the legacy of Jack Layton. How do you respond to that?

Many Canadians became really inspired by the work of Jack Layton. He was a true leader, and I would count myself as [ . . . ] part of the Jack Layton generation, because I feel like so many young people were inspired by Jack Layton’s message.

What is your vision for post secondary education in Canada?

I’d also like to see loans that are given to students without interest, because I think that otherwise it’s disproportionately penalizing low income students, and I’d really like to see more job opportunities for young people.

I’ve put the whole issue of jobs and the economy at the heart of my campaign. If young people can’t find meaningful employment after they graduate, they’re facing a trap, with student debt that they can’t pay off [ . . . ] that’s obviously not fair, but it’s also not good for our overall society or economy. We need young people to be able to make their contribution.

How does environmentalism play into your platform?

What I have released is a green cities platform, which includes showing leadership at the federal level for energy efficiency in building standards, both new and old. Now some cities, and some provinces, are just doing this, setting standards but I’d like to see the federal government show leadership in terms of setting benchmarks for provinces and cities to reach. [ . . . ]

What are the main issues you would handle differently then the current Harper government?

Well, I would respect our international obligations like the Kyoto accord, which is not perfect but I’d at least be trying to move our country in the right direction, so that we’re reducing greenhouse gas emissions instead of increasing them [ . . . ].

I’d like to review that law because [ . . . ] it’s extremely expensive to incarcerate more people, it’s been found that there is less ability to rehabilitate criminals and repeat criminals.

Having said that, if you live in a community that faces a higher crime rate, even though crime is overall declining in Canada, [ . . . ] you obviously want to be safe. So I think we need to make sure we’ve got adequate police enforcement.

Something that we also know is that greater inequality in society leads to crime. Inequality is growing in Canada, whether it’s First Nations people who are living in third world conditions, or young people that can’t get a decent job, so we have broader social issues to deal with [in relation to crime].

I don’t think emulating the approach taken by republicans in the U.S. is going to necessarily achieve the outcome that the Conservatives have said they will achieve.

And your stance on the Canadian Wheat Board?

I spoke in the House of Commons in favour of the Wheat Board. It’s something that has been beneficial to farmers for 75 years, was not supposed to be dismantled without a democratic vote by farmers, which did not happen. A survey of Canadian wheat farmers has shown that the majority want to CWB to stay.

Our concern is that when they dismantled a similar board in Australia, it led to greater corporate concentration. A lot of smaller, family farms went out of business, and it ended up more foreign owners of agriculture.

I think food security is very important, and I think we want to make sure that our farmers are protected, and that they’re getting the kinds of prices that can cover their costs and allow them to be successful.  I don’t think it’s beneficial to our food security if there is increasing corporate concentration in our food industry.