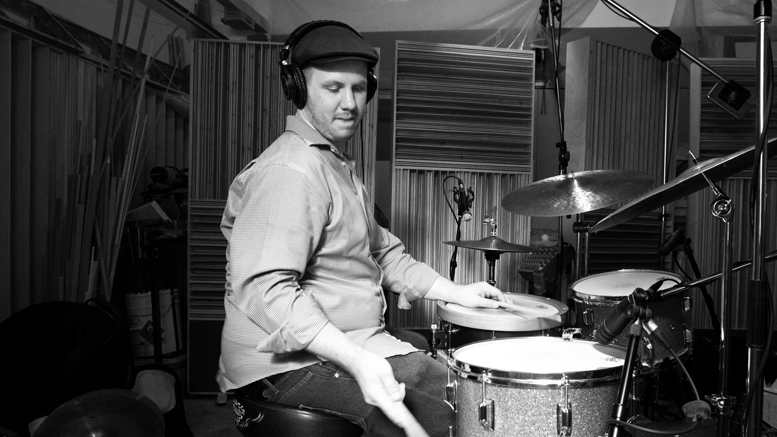 Born and raised in Winnipeg, Nowosad attended the U of M as part of the first graduating class of the newly minted jazz studies program. Since then, the New York-based drummer, composer, and bandleader has gone on to win numerous awards and work with world-renowned artists.

“It’s impossible to understate the effect that my education has had on my art. At the U of M I had the very unique opportunity to learn from musicians of a calibre that I wouldn’t have been able to work with anywhere else in the country,” Nowosad told the Manitoban.

“My relationship with Steve Kirby – the director of jazz studies at the U of M – really opened the door that led to all others. I was able to interact with many of the top jazz musicians in the world, all at home in Winnipeg.”

In March 2015, Nowosad released his sophomore album Dialectics to a Juno nomination and critical acclaim. The album features saxophonist Jimmy Greene, Derrick Gardner on trumpet, Will Bonness on piano, and Steve Kirby on bass. Greene is a former U of M professor, while Gardner, Bonness, and Kirby are current faculty members.

The album was included in DownBeat Magazine’s “Best of 2015” list, receiving a 4 1/2 star review. It also reached number three on both the CMJ and !earshot magazine’s jazz charts, as well as spending ten weeks on the JazzWeek charts.

Nowosad released his debut album The Skeptic & the Cynic in late 2012. It spent two weeks at number one on the !earshot Canadian jazz charts. On The Skeptic & the Cynic, Nowosad and his quintet showcase Nowosad’s arrangements of contemporary popular music – such as Bob Marley’s “Three Little Birds” and Michael Jackson’s “The Way You Make Me Feel” – with special guest and two-time Grammy nominee Taylor Eigsti on piano.

Nowosad has performed on many high-profile stages throughout his career. These include New York jazz clubs Smalls, Smoke, and Dizzy’s Club Coca-Cola in addition to Edmonton’s Yardbird Suite, Vancouver’s Cellar Jazz Club, and Toronto’s Rex Hotel. Nowosad has also performed as part of every major Canadian jazz festival, including those in Montréal, Ottawa, Vancouver, Victoria, Edmonton, and Halifax.

“Music and the arts in general are unlike other fields in that while you can complete the requirements of the degree, you can’t become a certified artist just by going to school, but rather you have to work tirelessly on your art in school, as well as the real world,” said Nowosad.

“Steve and the many other great faculty members at the U of M provided me with so much great information in the classroom, but infinitely more important was the practical knowledge I gained from performing with them.”

“My education is what made me constantly hungry for new information, constantly studying, practicing, performing, composing, trying to learn more about this music and the world. It really taught me the importance of hard work and using music as a force for good.”

Wizards of Winter bring holiday jams to the stage