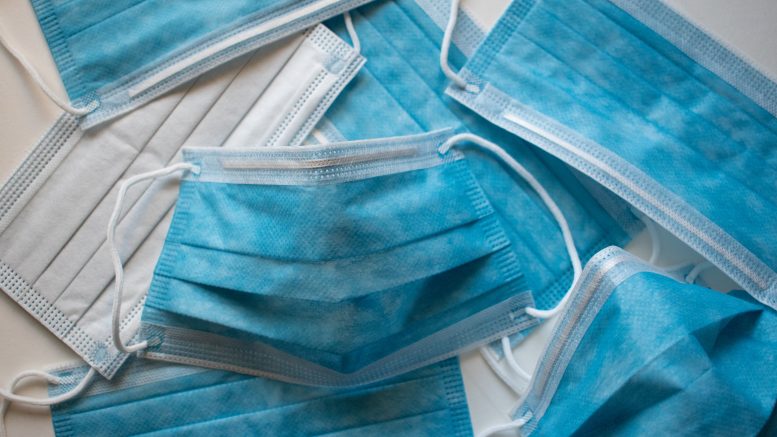 After upholding its mask mandate throughout the fall semester, the University of Manitoba is extending the rule moving into the new year.

On Dec. 12, U of M president Michael Benarroch released a statement announcing the extension. Benarroch explained that the decision was made after receiving feedback from the university’s community and from public health experts.

The U of M currently requires masks to be worn by students in all indoor spaces, except when alone in a closed area, or eating food or drinking beverages in a food-designated area.

Benarroch explained that the university will continue to observe and assess the current COVID-19 situation, and said that it will adjust the mandate when it is safe to do so.

Laurie Schnarr, vice-provost students at the U of M, said that there has been a lot of support for the decision to keep masks on campus.

“Keeping students, staff and faculty safe is the greatest priority, but also […] not contributing to the significant strain that we are already seeing on our health-care system,” she said.

“We want to do our part as members of this community.”

Reactions to the mask mandate extension

Matthew Hamilton, a political science instructor at the University of Winnipeg who has taught at the U of M in the past, voiced his support for the mask mandate extension at the university.

Hamilton explained that he has experienced different mask policies, having taught at both the U of W and U of M campuses. The U of W recommends masks be worn but does not require them.

He said that having masks in large classes was comforting, since he is a parent to young children. However, he noted that masks make it harder to communicate with others.

During his lectures at the U of W, Hamilton said that he has not worn a mask because of  the smaller class sizes and large rooms. He also said that he has taught an evening class where there has been less student interaction.

Even though the U of M allows instructors to remove their masks while lecturing, Hamilton chose to wear his while teaching there. He said that he feels the mandate extension at the U of M is a good idea because of the large classes compared to the U of W, large amount of interaction and the number of people who come to campus that may constantly travel.

“I think that the decision is appropriate for an institution the size of the University of Manitoba,” Hamilton said.

However, he felt that when he was at the U of M, the university could have done more to make masks accessible to students and faculty in case they forgot their masks, such as having them available at all U of M entrances.

Vaibhav Varma, president of the University of Manitoba Campus Conservatives, is against the mandatory mask mandate being extended into the winter term.

He said that the policy is not in line with other universities in Manitoba, such as the U of W and Brandon University, where masks are recommended but not mandatory.

Varma said that last semester, he felt that wearing masks in class sometimes made learning more difficult, as they made it harder to understanding what was being said.

He believes that a mask mandate is no longer reflective of life in Manitoba, as people can go to restaurants, grocery stores and other places without wearing masks, but still must wear one on campus.

“We just think that it should be up to the students’ choice and the professors’ choice, whether or not they are wanting to wear a mask,” Varma said.

“We’re not telling people not to wear masks, we just shouldn’t be enforcing it.”

Joy Olusanya, a third-year criminology student at the U of M, said that both wearing masks and having two years of online university have made it difficult to get to know professors and to communicate with them.

However, she said that if the rule is in place to keep people safe, then she feels that masks should be worn.

Lupo Plaza, a third-year student at the U of M and the president of the University of Manitoba Latinx-Hispanic Student Association expressed his support regarding the mask extension policy.

“I do strongly agree with the extension of the mask mandate,” he said.

“I believe that it is a matter of communal respect, for of course our fellow peers, and fellow faculty members.”