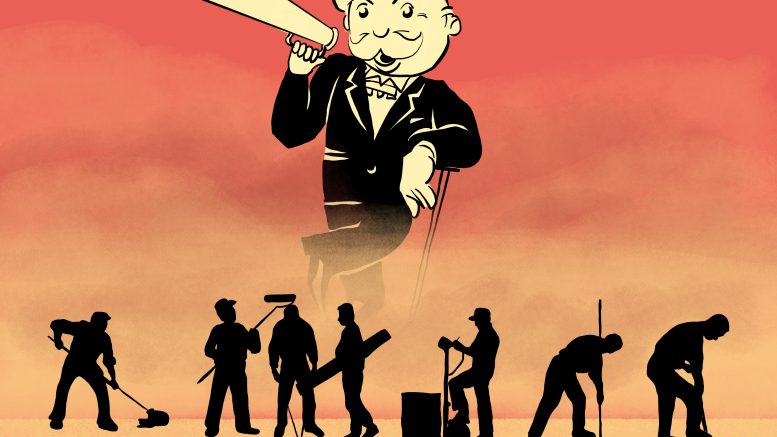 Conservative member of Parliament and Secretary of State for Business, Energy and Industrial Strategy in the United Kingdom (U.K.) Grant Shapps recently introduced a bill that could enforce minimum service levels for the public sector.

If passed, the bill would allow the government to set a minimum service level, or minimum amount of time of work required, during strike periods for health services, fire and rescue services, education services, transport services and border security, as well as services related to the decommissioning of nuclear installations and the handling of radioactive waste products.

The bill, appropriately titled the “Strikes (Minimum Service Levels) Bill,” would weaken strikes by removing part of the ability to withhold labour, which is the very foundation of a strike.

What exactly the minimum service levels would entail in terms of hours or days worked is, as of now, unknown. This presumably leaves the amount up to the discretion of the Business Secretary.

This bill, in clear terms, is an outright anti-labour action that aims to remove power from the public service workers of the U.K. The bill is eerily reminiscent of an anti-strike bill repealed by the Ontario government in November of 2022. Both bills sought to reduce the power of public service workers, though the U.K.’s national bill is much more concerning than a provincial bill.

Also, it is likely no coincidence that this bill comes after the National Union of Rail, Maritime and Transport Workers (RMT), which represents over 83,000 workers, has actively engaged in strike action in December and January.

There have been numerous negative reactions to the bill from those representing workers, including from the previously mentioned RMT union and Unite the Union. General secretary of RMT Mick Lynch stated in strong terms that the bill is an amoral violation of rights and liberties important to the U.K.

When considering what the proposed legislation lays out, its lack of clarity and the strong reaction of two union leaders, the bill’s anti-labour potential is clear.

One can hope that the U.K.’s Conservative government either comes to its senses regarding this bill or succumbs to the applied pressure of workers and labour organizations.

Should the bill be scrapped due to political and social pressure, it would only increase in similarity to the aforementioned anti-labour bill proposed in Ontario, which was defeated in part by pressure from unions.

However, should the bill pass, it could spell disaster for the labour movement and could potentially inspire similar efforts here in Canada and elsewhere.

Workers are the backbone of every economy in the world, yet as seen in the U.K. and Canada, there is a blatant lack of respect for workers. If as a society we value workers, which we should, pro-labour legislation is necessary to protect and uplift workers.

Fair wage legislation should be a bare minimum, as fair wages serve to uplift workers and provide them with access to a livable sum of money. Removing the right to strike is far and away the last thing leaders should be doing to the very workers that pay their wages through taxes.

UMFA, U of M extend mediation

No room for SAIA at York University