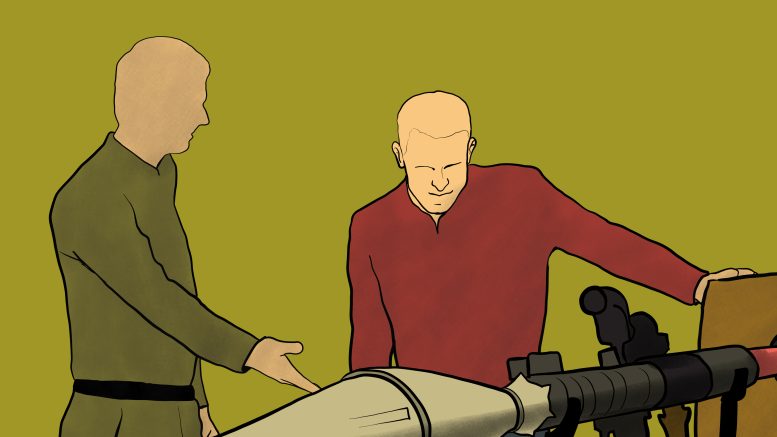 The U of M annual Career Fair took place on Jan. 17 and 18, allowing students and alumni to network with potential employers and gain a better understanding of career prospects outside of university. The fair saw a host of both private and public sector organizations in attendance, including the Manitoba government, Canada Life, the City of Winnipeg and PepsiCo Foods Canada.

The CAF advertises, according to one of its brochures, “full and part-time job opportunities that make a difference.” In addition to potential employment, the brochure boasted that if members are enrolled in one of the CAF’s paid education entry plans, the CAF will pay their student expenses in full.

Advertising the CAF in universities while simultaneously promising the potential for paid education is equivalent to bribery.

Students in precarious financial situations who may be unable to pay their tuition are much more likely to be drawn in by this promise, making this a predatory practice.

A 2020 study by Diane Galarneau and Laura Gibson with Statistics Canada found that around half of all Canadian post-secondary students who graduated in 2015 finished school with debt. Furthermore, graduates with a bachelor’s had a median debt amount of close to $20,000. Paid education and guaranteed employment is the same as a promise to wipe away the debt that many students dread.

While a majority of the booths at the career fair were trying to draw students in, the CAF used the risk of death or the idea of having to take someone else’s life as a way to attract students. This point was driven home by the presence of decommissioned explosive devices at the CAF booth.

We have all seen action movies or played video games where cars or people are repeatedly hit with grenades, bombs, missiles, mortars and other instruments of death. But this is not a movie, and neither is it a video game. Bombs and missiles kill real people with real lives. Advertising to young people that there could be an opportunity to blow someone apart using one of these weapons is morally reprehensible.

The CAF brochure goes on to talk about a diverse environment full of equitable opportunity. However, a 2022 report by the Minister of National Defence Advisory Panel on Systemic Racism and Discrimination puts this claim in a very different light.

For its part, the CAF brochure does make sure to point out that nearly a whopping 15 per cent of CAF members are female. Considering that women make up just over 50 per cent of the Canadian population, this is not much of a bragging point.

In addition to being underrepresented at the recruitment level, the report also stated that Black service members are frequently underrepresented in leadership positions and experience anti-Black racism.

On top of the racism present in the CAF, there is also hostility toward transgender people. The report notes that numerous transgender service members experience “psychosocial burdens, challenges and barriers that range from adverse social attitudes to open hostility.”

One of the most concerning finds of the report is the increasing presence of white supremacy and extremism. Therefore, not only is there a lack of positive diversity in the CAF, but there is also strong suspicion of an outright violent and negative presence.

The service members present at the career fair were also in violation of the U of M mask mandate. This is not a point of criticism at the military itself, I suppose, but it is blatantly disrespectful to community members and the rules of the U of M.

The CAF’s recruiting booth was preying on young people who find the prospect of the military exciting. Statistically, many of these young people are in financially precarious situations and likely lack a sense of direction regarding life after university — I know I do.

By taking advantage of the instability many students face, playing up the exciting elements of violence and advertising a diverse and equitable environment that its own reports show is seriously misrepresentative of life in the Canadian military, the CAF preys upon and misleads students.