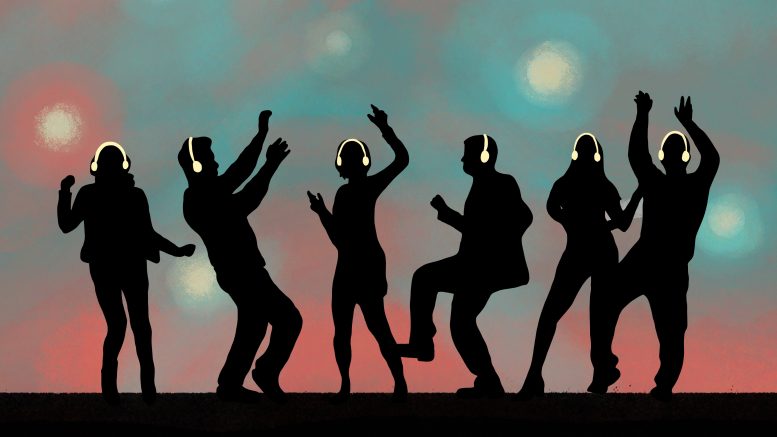 UMSU held its Shut Up and Dance silent disco event over the weekend, where, despite the university’s ongoing mask mandate, many attendees chose to go maskless. Images uploaded to UMSU’s Instagram page showed a large majority of those in attendance not wearing masks, including members of the UMSU executive.

The disco, held this past Friday, had approximately 300 attendees, featured three different DJs and offered pizza and drinks.

Spokesperson for the U of M Myrrhanda Novak confirmed in an email statement that all events on campus must adhere to the U of M’s mask policy, which calls for the use of masks in all indoor spaces unless in a food-designated area or alone in a closed space.

The mandate is enforced on campus by U of M security services throughout the day. Security guards maintain a presence on campus all hours of the day, seven days a week.

The Manitoban reached out to UMSU president Jaron Rykiss for an interview, but was instead provided with written responses from UMSU vice-president community engagement Elishia Ratel.

Ratel said that, regarding the mask exception for food-designated areas, the union had obtained a catering waiver for the multipurpose room, allowing food and drinks to be served.

While many attendees did not wear masks, Ratel reported that masking was required upon entry to the event, and that volunteers handed out masks to all who attended as they arrived.

“While we can (and do) encourage students to wear masks, we are not the authorities responsible for enforcing this rule,” she said.

“In fact, we have been instructed by the university to encourage mask usage, but not to enforce it, for personal safety reasons.”

She said that security services is responsible for the mandate’s enforcement.

Novak’s statement said that event organizers are tasked with ensuring that guests follow the mandate while on campus.

Ratel claimed that security services was present at the silent disco. The university could not confirm this at the time of publication.

When asked about the executives themselves not wearing masks, Ratel reiterated that these types of events make it difficult for anyone attending to wear a mask consistently.

“The executives were participating in the event just like everyone else,” she said. “Balancing mask wearing and the consumption of food and beverages must be taken into account.”

Regarding whether events on campus should be exempt from the mask policy, Ratel said that “it is likely best to stay consistent with the mandate and regulations outlined by the university administration, so as not to bring about confusion.”

“While we acknowledge that most places have ended their mask mandate, it’s important to consider the comfort level and safety of students from a wide variety of perspectives.”

Second-year social work student Tyler Bezpalko expressed his disappointment with the lack of masks in the photos that UMSU posted. He emphasized the importance of the enforcement of the mask mandate on campus, particularly for people with health risks.

“I don’t want people who are susceptible to issues like that to feel like they’re unwelcome or unsafe on campus,” he said.

“I understand [going maskless is] convenient to some people, but I think overall it’s such a minor hassle for the greater good.”

Bezpalko expressed his disappointment with the UMSU executive.

“UMSU is supposed to represent the student body,” he said.

“They’re supposed to be the responsible ones, setting a precedent for the rest of the students, and seeing them not respect the policy I feel like is kind of setting the precedent that it’s okay to do that.”

Democratizing campus is the only way to effectively oppose tuition hikes