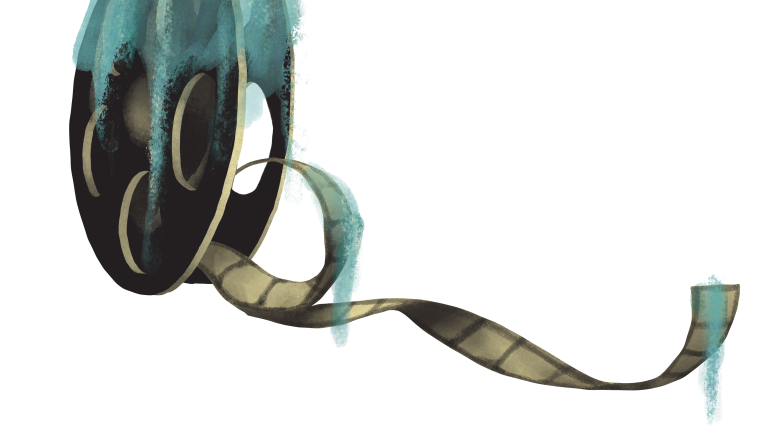 At first glance, the film contains none of the jolly warmth that you might want out of a holiday film, but as I get older, the haze of psychosexual confusion and strange dream logic that Eyes Wide Shut operates under is maybe the predominant feeling of the season.

Going Christmas shopping in a mall is about as psychologically horrifying to me as going through whatever Tom Cruise feels in this movie.

So, pick a fight with your wife and get yourself mixed up in something you shouldn’t even know about this holiday season. Put on Eyes Wide Shut with your family, you won’t regret it.

Buddy the Elf, from the classic holiday film Elf, is a character beloved by many holiday film fanatics. Not to sugar coat anything, but Buddy has some eccentric ideas of what humans need to sustain themselves.

Buddy explains that the four main food groups are candy, candy canes, candy corn and syrup. One of the most iconic scenes in the film is when Buddy is seen eating an exceedingly sweet breakfast.

To create this iconic dish, you will need one serving of spaghetti, marshmallows, chocolate syrup, maple syrup, M&M’s, sprinkles and a fudge flavored Pop-Tart — for crunch, of course.

Once all the ingredients have been acquired, boil the pasta for about 9 to 10 minutes, then plate it.

The next step is to spread the M&M’s, sprinkles and marshmallows on top of the pasta. After this is done, drizzle both the chocolate and maple syrup on top.

Toast a chocolate Pop-Tart for some added crunch, and voila!

Once consumed, Santa may not be the only mythical figure visiting this holiday season. Look out for a dollar under your pillow when you lose your teeth to cavities.

The ’60s stop motion musical television special Rudolph the Red-Nosed Reindeer is an event of its own.

Rudolph is a reindeer with a bulbous red nose that lights up. The other reindeer bully him until the North Pole is faced with its first-ever instance of weather conditions so severe they threaten to cancel Christmas.

Rudolph goes from outcast to the saviour of Christmas in a blink when Santa realizes Rudolph works well as a headlight, and the film ends with a song from a narrator-snowman voiced by — and made to look like — Burl Ives.

My mom has told me every year of my life that the abominable snow monster freaked her out when she was a kid. I just appreciate that the effects are practical. The weird, janky movement and characters’ limited facial expressions remind me that humans made the film.

Holiday media should reflect the holidays as they are: gatherings of herky-jerky weirdos. I look at Rudolph’s nose and I can only think about how a bioluminescent snout would absolutely sleigh.

While in Manitoban years past I have spent most of my time dunking on the 1964 stop motion Rudolph the Red-Nosed Reindeer movie, I feel like this year calls for something entirely positive.

This might sound too millennial of me, but growing up with a dial television meant very little choice in holiday programming. While I will always be nostalgic for Beave and Buckley’s Santa Tracker, for me nothing says it’s the holidays more than when the CBC plays “Merry Christmas, Mr. Bean.”

The show is simply episode seven of the ITV Mr. Bean series that aired in the ’90s. It has since become a heartwarming — and hilarious — classic that has transcended the original series.

Mr. Bean interrupting the Harrods department store figurine nativity scene with a toy T-Rex, as well as the infamous scene where Mr. Bean loses his watch inside the turkey and then pretends the turkey isn’t stuck on his head, will always be funny.

However, what always brings me back to the show is the scene on Christmas morning, where Mr. Bean’s teddy bear Teddy receives button eyes for Christmas and Mr. Bean receives a pair of new socks. It’s a moment so simple — and, honestly, so stupid — yet it warms my heart every time and reminds me the holiday season is about spending time with the people you cherish the most.

Despite having been released in 2013, A Madea Christmas rests fresh upon my young mind, just as every Madea film does.

Our story follows the titular Madea as she heads into the quaint countryside with her great-niece Eileen to visit her great-niece’s daughter, just as the Christmas season begins. However, trouble arrives when it turns out that Eileen’s daughter is romantically involved with a man Eileen would not approve of.

Unfortunately, that is as much as I can say without spoiling this movie. The movie’s major saving grace is the bizarre acting and low-brow comedy of Tyler Perry as Madea. The rest of the cast, save for Larry the Cable Guy, plays the premise very straight to a boring degree.

A majority of the movie is actually a very ham-fisted racial commentary that simultaneously lectures the audience on acceptance while also being filled to the brim with insulting stereotypes.

Like all Madea movies, it is either a hate-watch or a guilty pleasure. Objectively, it is a boring movie, but the little shimmers of Tyler Perry’s off-colour humour and the bizarre interactions in the film keep you in your seat.

Breakfast around the world

Let the man take ‘the pill’

Rise of the Winnipeg food trucks