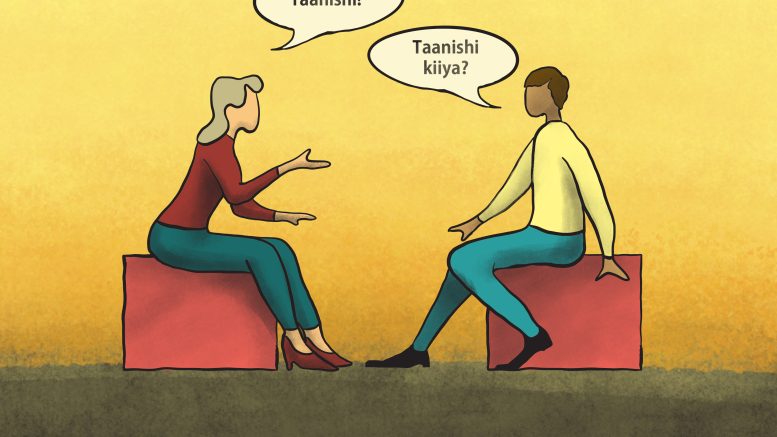 The number of speakers of Indigenous languages in Canada has fallen steadily over time. However, increased attention to these languages has changed that.

Four of the nine research professors in the U of M’s linguistics department have experience with at least one Indigenous language.

Nicole Rosen, head of the linguistics department at the U of M, wrote her doctoral thesis on Michif, one of the languages spoken by Métis people.

Although it is often thought of as one language, there are multiple varieties of Michif. According to Rosen, awareness of the diversity of Michif has increased since she first began her research over a decade ago.

Back then, there was very little research specifically on Métis topics such as health research. Before this changed, Métis communities were often not consulted or involved in such investigations.

Now that more Métis people are doing research themselves, Rosen spends less time studying Michif. As a non-Indigenous person, she feels it is important to give time and space to researchers from the community, while still being available to provide support if communities ask for it.

Another major change in the past 20 years is that formal research ethics protocols have been developed by and for Métis people.

For example, the Métis Centre of the National Aboriginal Health Organization created a document that describes guidelines for ethical Métis research, and which outlines six principles that a researcher should follow when investigating Métis topics.

The document also addresses the specific needs of Métis communities. These needs may differ for other Indigenous peoples such as First Nations or Inuit peoples.

Many linguists develop long-lasting relationships as a result of their field work. Rosen has become close friends with Michif speakers she has worked with, and such friendships would not be possible without mutual respect.

At the U of M, fourth-year linguistics students have the opportunity to take a course called Field Methods. In this course, they learn how to do field work by interacting with a speaker of an unfamiliar language.

In Winter 2023, Field Methods will be taught by Kevin Russell, an associate professor in the U of M’s department of linguistics. He has done field work in Indigenous languages such as Guaraní, a language of Paraguay.

Although the university has standards to ensure the well-being of consultants in research projects, providing data to linguists — a process known as elicitation —  can still be tiresome. In Russell’s paper about Paraguayan Guaraní, he referred to the speakers’ patience as “superhuman.”

To avoid elicitation exhaustion, Russell normally only works with each consultant for an hour or two total. Because of this, linguistic field work cannot be completed in a few days or weeks.

Russell has also made long-time friends as a result of his research in Indigenous languages.

“If you’re spending that much time together, if you’re remotely compatible as people, you’re not going to end up as strangers.”