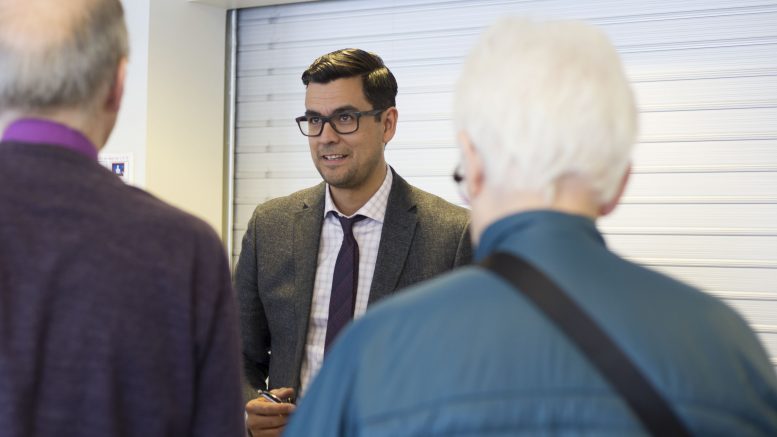 The U of M is hosting several events between March 5 and 29 to explore Indigenous history, cultures, and traditions.

Among the planned events are the Indigenous Awards of Excellence, the 15th annual Elders and Traditional Peoples Gathering, and the ReconciliACTION campaign launch. Several lectures will also be held on campus throughout the month.

Amanda Fredlund, female co-president of the U niversity of Manitoba Aboriginal Students Association (UMASA) and one of 10 Indigenous Awards of Excellence 2018 recipients, said the month-long celebration means more events can be held.

Fredlund said the UMASA executive team was excited as two events planned by UMASA – the Misko Fest and launch of the ReconciliACTION campaign – are included in the agenda. They are scheduled for March 22 and March 27, respectively.

She said that the Misko Fest will feature singing, drumming, and dancing, giving both Indigenous and non-Indigenous students the opportunity to experience Indigenous culture.

The ReconciliACTION campaign aims to see the U of M implement the Truth And Reconciliation Commission’s recommendation number 16, which calls upon post-secondary institutions across Canada to “create university and college degree and diploma programs in Aboriginal languages.”

The lecture, titled “Reclamation & Reconciliation: Indigenous Literary Voices Today,” was one of the events lined up for Indigenous Awareness Month.

Presented by Governor General’s Literary Award winner David Alexander Robertson, the lecture focused on the importance of representation of Indigenous voices in the literary world. Robertson said that truth is just as important as reconciliation, adding that Indigenous peoples present this truth in a unique way through story telling.

He said that reconciliation could not be achieved by waiting for the government to take action, but required proactive action by individuals.

Robertson said this proactivity means engaging in meaningful conversations regarding reconciliation, incorporating the true history of Indigenous peoples into school curriculums, and providing teachers with the right tools to engage with children on this subject.

“If we wait for the government to lead us towards reconciliation – whatever that means – we’re going to be waiting a really long time,” Robertson told the audience.

“We can’t wait for the government. They’re not going to do anything. To me, reconciliation is always going to be a movement of the people.”

How to feed the world