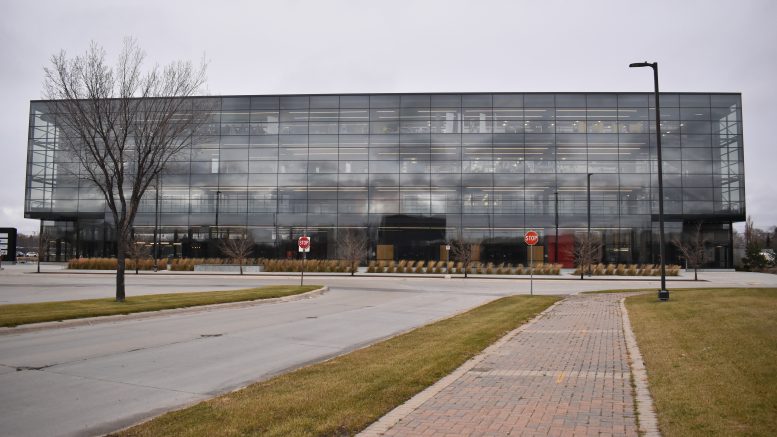 The University of Manitoba filed a lawsuit on Sept. 29 against several developers who consulted and worked on construction of the Smartpark Innovation Hub.

According to the 31-page statement of claim, the U of M issued a request for proposal for design and consultation services concerning the construction of a multi-use, multi-tenant structure, to be built at the U of M campus Smartpark.

The U of M alleges that during construction and after the building was completed, it was made aware of issues with the facility that displayed breaches of contract and duty, as well as negligence on the part of the defendants.

Specifically, the university claims that there are deficiencies involving the structural steel of the cantilever area from level 200 to 400 of the building, as well as the shoring posts installed to temporarily support this section of the facility.

Additionally, the U of M claims that the columns, steel beams and joists in this area became misaligned “due to the improper design and/or construction of the superstructure of the building.”

The U of M also asserts that the facility had issues with insufficient airflow that did not meet building code. It further alleges that issues with cooling capacity have made the building’s intended purpose impractical and a health and safety risk to occupants, claiming that the temperature in some areas of the building rose to nearly 40 degrees Celsius.

According to the lawsuit, the U of M was forced to hire third parties to address these cooling issues.

The U of M alleges that the structural deficiencies were caused by Cibinel, Bird, Abesco and Peikko. Cibinel and Bird are also listed as being responsible for the mechanical deficiencies in the lawsuit, along with Architecture49 and Wescan.

The U of M claims it demanded that the hired companies fix the structural and mechanical issues upon their discovery, but that the defendants refused to do so.

Wescan Construction Services controller and finance division manager Warren Nachtigall was the only person from the listed defendants to comment on the lawsuit.

“The only statement we wish to make is we do not agree with the statement of claim and will be defending ourselves,” Nachtigall said in an email statement.

The University of Manitoba could not provide comment by press time.

Time to start looking for your summer job

U of M would fail service inspection