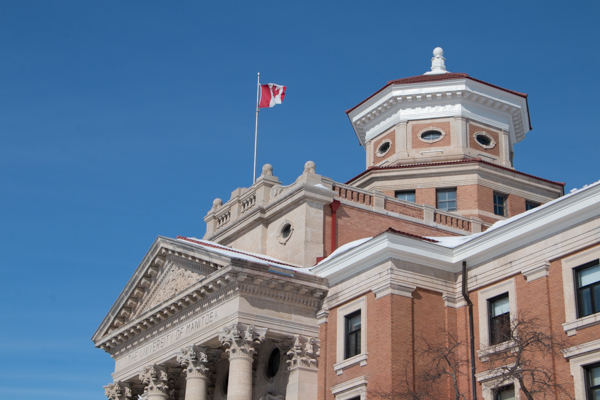 ‍
Arbitrator William Kaplan granted the union salary increases of 2.25 per cent each year from 2021 to 2024.

‍
The university and UMFA agreed to binding arbitration to settle outstanding issues following a strike in 2021 that lasted 35 days.
‍

Dingwall said “2.25 [per cent] is not what we had proposed to the arbitrator but it is more than the university had been offering […] and most importantly, it is going to help us to stay competitive with the other research-intensive universities, the U15, across Canada.”

‍
Kaplan was instructed to disregard any government mandates and instead aim for “reasonable advancement towards” the 25th percentile of salaries in the U15.

‍
Until now, salaries at the University of Manitoba were the second-lowest in the U15, which according to UMFA led to retention and recruitment difficulties — a core issue triggering the strike in 2021.

UMFA was seeking an increase that would bring the university into 11th place in the U15 — 90 per cent of the way toward the 25th percentile in the U15.
‍

Dingwall said that while UMFA is “still running the calculations” on where exactly the salary increase places the U of M in the ranking, it lifts the university out of its current position of 14th place.
‍

Additionally, Kaplan ordered the university to pay faculty for teaching done after the strike.
‍

“When our members came back to work, we were very committed to ensuring students finish their term, even though the timelines were changed, but to do that, they were still then teaching 100 per cent of the term and only getting paid for 100 per cent minus five weeks,” Dingwall explained.

‍
“So the university had some choices. In some faculties, it could have shortened the term, it could have just extended the term even further and instead it chose to condense things and keep things pretty close to a regular year schedule, but that means that our members were essentially teaching five weeks of classes that they weren’t being paid for.”

‍
Kaplan also ruled that UMFA members must be compensated for time spent on continuing research and service responsibilities during the strike.
‍

Dingwall pointed out many UMFA members had to fulfil these duties in order to maintain the integrity and safety of their research programs.

‍
“So [those who take care of animals], they were ensuring that the animals were still alive, and we have members who serve on national granting agencies like [the Canadian Institutes of Health Research],” she explained.
‍

“Their granting competitions were taking place and for those to continue, our members still participated even though they were on strike, and that’s what those payments from the arbitrator [go] towards.”
‍

In 2016, the provincial government interfered in UMFA’s contract negotiations by imposing a wage freeze mandate on the university, triggering a 21-day strike.
The Manitoba Court of Queen’s Bench recently ruled the province must pay $19.3 million to compensate UMFA for lost wages and strike costs.
‍

Dingwall said she and members of UMFA “certainly hope” this decision can result in more stability in labour relations between UMFA, the university and the government.
‍

‍
“We’re hopeful that this arbitrator’s decision wraps everything up from this round of bargaining and […] that the next time when we come into negotiations, that it’s just us and the university and that we can just — as we have in most other rounds of bargaining since UMFA was created — […] sort things out between the two parties and without the involvement of the government.”