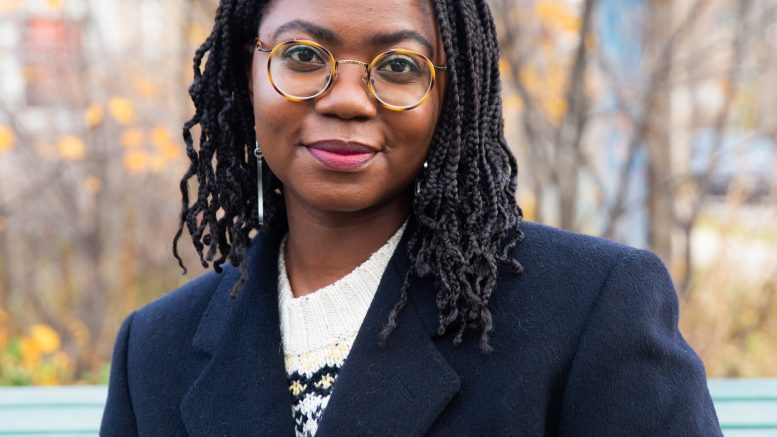 The past three years have turned the phrase “unprecedented times” into a platitude. To say the global climate is in crisis has become such a banal statement, many of us are as numb to it as we are to a comment about traffic or Mondays.

One U of M alumna, Chimwemwe Undi, searches for joy in dreadful times through two poems recently published in Canthius, a feminism and literary periodical.

“Auto-epithalamium” and “Epithalamium Ending in Death” are companion poems published side-by-side in the 10th issue of Canthius. An epithalamium is a poem or song which pays tribute to a marriage.

The first poem, “Auto-epithalamium,” is close to the traditional style of this form. The speaker of the poem reflects on falling in love with their paramour quickly, remarking on their beloved’s quirks and charms. The poem imagines two people joyfully falling into each other’s patterns.

In contrast, “Epithalamium Ending in Death” is, as its title suggests, more morbid. The speaker struggles with climate grief, a consequent and impending sense of doom and an uncertainty about what being together “forever” with their lover really means in light of those anxieties.

Despite the poem’s gravity, it ends on a hopeful note, as the speaker promises to remain faithful to their beloved and treasure the finitude of their relationship.

Undi’s love poems avoid overly romantic language, in spite of generic conventions. They inhabit a textured and varied point-of-view which finds solace in love but does not look away from the grim realities that surround the relationship.

The poet explained that she is drawn to poetry that is realistic or “clear-eyed,” that acknowledges the fact that “we live in complicated times and that love can exist and does exist despite that.”

Even with this preference, Undi believes love poems can offer refuge in much the same way that fantasy can.

“I think there is a space for escapism through whatever kind of fantasy suits you,” she said.

“So, if that’s magic and orcs and wizards, that’s fine, and also if there is imagining a sort of perfect and unperturbed love, that’s fine too.”

“I’m really drawn to the couplet,” she said. “I like the stanza as a little room. I love a room of just two lines next to each other separated from anything else.”

As a poet with a flock’s-worth of feathers in her cap, Undi is a graduate of the U of M’s department of linguistics, York University and the U of M’s own Robson Hall. Now a lawyer practicing on Treaty 1 Territory, Undi does not just write poetry, she performs spoken word too.

Considering what a poem sounds like to the ear is an important part of Undi’s creative process. Even though most readers will engage with her poems silently, Undi recites her poetry before she finalizes it.

“I read the poem aloud a lot,” she said. “If it feels odd for me to read aloud, that is a sign to me that something needs to be shifted. Even if the reader who the poem reaches never reads the poems aloud, I need to know that when they do, it won’t be awkward and [they won’t be] stumbling over [it].”

“I hope that the sort of tiny details that I collect throughout my day and then that coalesce into poems resonate with people too and comfort them, even if the comfort is just knowing you’re standingnext to somebody else and not all by yourself in your feelings.”

Undi is in the final stages of writing her first poetry collection, which will be published through House of Anansi in 2024.