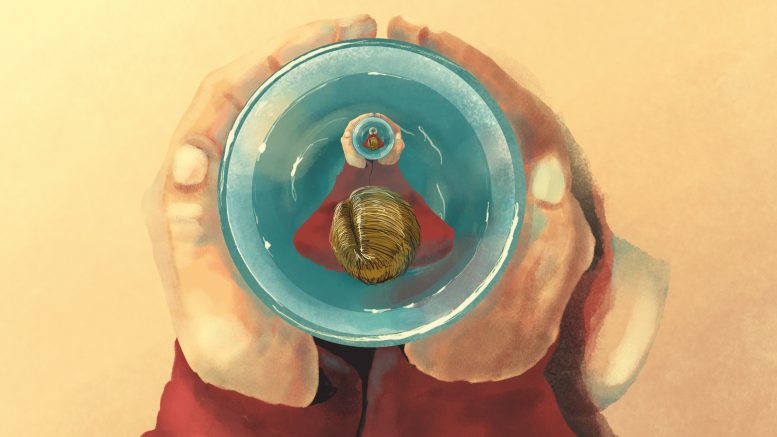 The theme of “cloning” is common within the science-fiction and horror film genres — often tagged with apocalyptic views in mainstream media and pop culture. Filmmakers like Jordan Peele have familiarized their audiences with the recurring theme of cloning in movies like Us, with “murderous doppelgangers” due to failed experimentations in creating human clones.

Cloning is a particularly interesting film concept because of its biological nature, but is it purely fiction or are there hints of reality?

University of Manitoba professor of philosophy Arthur Schafer said on the topic, “at the moment and for the foreseeable future, human reproductive cloning is science fiction, it’s fantasy.”

In 1996, Dolly — a female Finn Dorset sheep — became the first mammalian clone in existence. This success by scientists at the Roslin Institute in Scotland served as a great scientific milestone. However, this excitement opened a pandora’s box of questions and was quickly followed with public debates on the prospects of human cloning.

Despite the obvious technological advancements in almost two decades since the creation of Dolly the sheep, why have we still not seen human clones?

“Cloning” as described by the National Human Genome Research Institute is a range of processes which “produces genetically identical copies of a biological entity.”

In nature, there are organisms that generate exact replicas through asexual reproduction processes, without genetic recombination or alterations. Binary fission in bacteria and flatworms, fragmentation in starfish and spore formation in mosses and ferns all produce clones of the parent organism.

Identical twins are another variation of natural cloning in which a single fertilized embryo develops into two individuals with the exact same genetic composition.

Reproductive cloning, which is a form of artificial cloning, produces a copy of an entire animal.

In humans, this would involve using either somatic-cell nuclear transfer — creating an embryo from an egg cell and somatic cell — or embryo splitting, which is the formation of two identical individuals by the microsurgical splitting of a single embryo. Both methods are followed by the implantation of the embryo in the uterus for further development and gestation.

Although cloning technology has not been used to create a human clone yet, Schafer explained that it is widely employed in agricultural biotechnology for commercial purposes. Applications are seen in the livestock food industry, such as with dairy cows or bacon hogs, for efficient production.

“That was indeed the original motive and incentive for the Roslin Institute in Scotland to develop the technology,” he said.

Human therapeutic cloning on the other hand involves the cloning of human embryos for stem cell production. Stem cells are unspecialized self-renewable cells capable of developing into different cell types. Isolated stem cells from the cloned embryos are used in regenerative medicine as sources of cells for tissue engineering and transplantation medicine.

“The technology has been used to clone human stem cells in order to treat certain genetic conditions,” Schafer explained.

There are several ethical and social considerations surrounding both human reproductive and therapeutic cloning.

Though there have been some successful therapeutic treatments developed, overall, Schafer describes the return on investment of these technologies in treatment of human diseases as “thin,” as only a small number of diseases have been efficiently treated.

“It’s difficult to know when, if ever, this technology will provide effective cures,” he said.

Notwithstanding, many biotech companies are investing in research and working on expanding the efficacy of these technologies.

“The investment is very great, and the potential profits [if] the cures can be patented and turned into money machines, that potential profit is in the billions,” Schafer said.

However, human reproductive cloning is met with strict legislative constraints, with explicit bans in approximately 46 countries across the globe. In Canada, under the 2004 Assisted Human Reproduction Act, human embryonic cloning is prohibited.

According to Schafer, the main ethics behind the ban is the inefficiency of the technology. The likelihood of creating a “healthy” baby through human reproductive cloning is miniscule.

When technologies have progressed to this point, further public discussion on whether it is morally permissible as another reproductive technology would undoubtedly occur.

“After all, there was an enormous public concern, anxiety and debate about previous reproductive technologies, including in vitro fertilization and embryo transplantation,” Schafer explained.

“There was great public anxiety not so many decades ago, but now there have been millions of babies born worldwide using this technology.”

Internet goes down on campus

2017 promises to be a big year for Canadian science