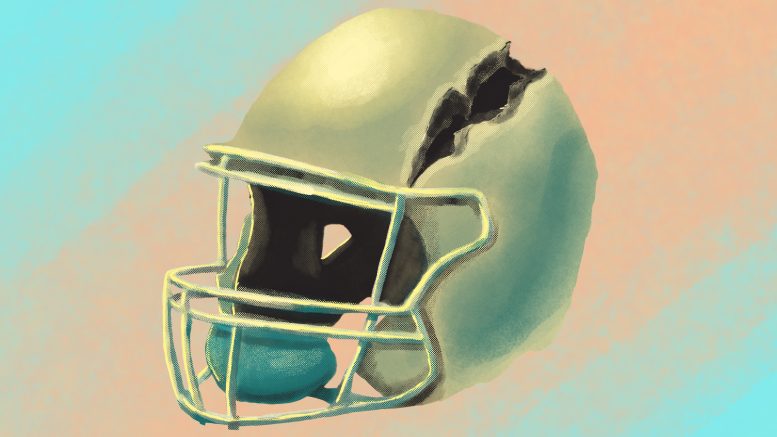 It is a truth universally acknowledged that football is a brutal sport.

On Sept. 29 in the National Football League, the Miami Dolphins and Cincinnati Bengals were set to face off on Thursday Night Football (TNF). It was a much-anticipated game, as the Bengals and Dolphins are both teams with exciting young quarterbacks, Joe Burrow and Tua Tagovailoa respectively.

However, four days prior to the game, the Dolphins went up against the Buffalo Bills where, with 2:28 left in the first half, Tagovailoa was pushed backwards while throwing. He fell down on his back so forcefully that the back of his head hit the ground hard.

When Tagovailoa managed to get up after the hit, it was clear even on live TV that he was disoriented, struggling to stay up or walk, even falling back down to the ground. Despite this, he would later come back in the second half and play for the remainder of the game.

This raised questions about whether Tagovailoa should be the quarterback for the Dolphins in the TNF matchup against the Bengals. Despite the concerns of many, he was cleared to play.

Horribly, near the end of the second quarter of the TNF game, Tagovailoa was sacked and his head once again hit the ground hard in the process.

This time, the hit resulted in Tagovailoa lying on the ground with his fingers held up in a contorted manner, all the while not moving. The game was quickly halted and delayed. Tagovailoa was later taken off the field on a stretcher, and it is not known yet if he will be able to play again this season.

This whole ordeal reignited the long-running debate over concussions in football, and more specifically, the rate at which they occur as it pertains to player safety.

I greatly enjoyed my time as a football player. I began playing in grade four where I would begin to create lasting memories and bonds that remain to this day. I will never forget the excitement of my first win.

In a medical context, I can only say that my experience playing football was lucky. In six years, I never had any serious injuries that hindered me from playing or required me to go seek medical attention outside of athletic trainers. However, I myself suffered a minor concussion when I was 12.

I share the same opinion that many sports fans are currently speaking about with regard to player safety and concussions. Even as a former football player and diehard football fan, watching what happened to Tagovailoa in real time only reinforced my concern for football players.

Head injuries can be directly linked to serious brain damage in those afflicted. A major fear shared by many concerning head injuries is the possibility of developing chronic traumatic encephalopathy (CTE) — a condition that can seriously alter someone’s behaviour and health.

As such, many parents in recent years have refrained from letting their children play football to keep them as safe as possible. According to an NBC news article from 2018, 48 per cent of parents in the United States would encourage their children to play a sport other than football to avoid the risks posed by concussions.

This parental concern reaches across international borders. In Canada, the fear of children developing brain damage due to football injuries has grown to a point where in 2019, Football Canada — Canada’s governing board for football — banned all children 12 and under from competing in full-contact football. In fact, the ban was finally implemented just this year.

There needs to be something done in order to create a safer athletic climate in the world of football, in Canada and elsewhere. It is a great game that I relished playing, enjoy discussing and adore watching.

There is simply no sport as enthralling.

It is a shame that many children are being robbed of the chance to create life experiences and to learn the many lessons football has to teach and has taught me.

It is even more of a shame that they are missing out for good reason. I can’t speak on what specifically should be done, but solutions need to be devised and executed properly to ensure that the children of the present and of the future can play football safely.