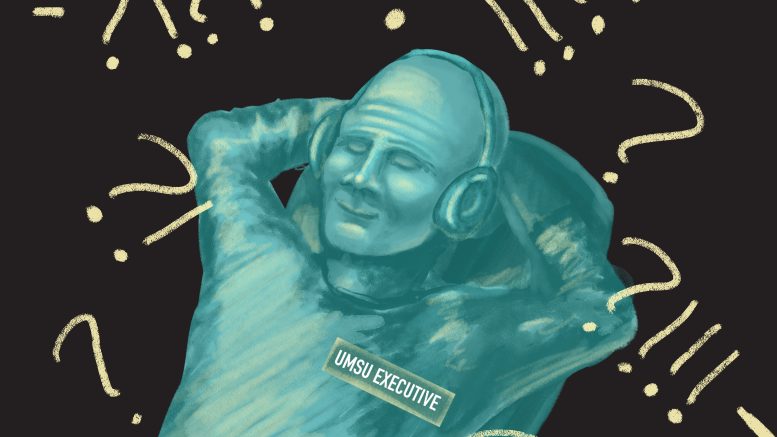 At the end of August, the Canadian Federation of Students filed a lawsuit against the University of Manitoba Students’ Union (UMSU), alleging that UMSU has withheld over $1 million in membership dues since 2018.

This is not the first time that UMSU has been sued for withholding substantial fees from the student advocacy organization. After a three-year long dispute ending in 2016, UMSU was forced to pay the federation over $990,000 in outstanding fees.

In 2007, the union also settled with the Canadian Alliance of Student Associations (CASA) for an undisclosed sum, again over the issue of unpaid fees after UMSU left the group in 2005. Ironically, the union has considered attempting to rejoin CASA in recent years.

Particularly questionable was previous UMSU president Brendan Scott’s decision to play hardball with the Canadian Federation of Students, informing the organization that UMSU would not be paying outstanding fees until the federation allowed it to hold a referendum with online voting amidst the COVID-19 pandemic.

If anything was likely to trigger a lawsuit, that would be it.

UMSU’s frustration is understandable. The Canadian Federation of Students’ refusal to allow online voting when in-person voting was not possible does come across as stubborn and inflexible, although it makes sense given the disengagement from students during the lack of in-person classes and campus activities.

Other student unions have faced legal difficulty attempting to defederate from the Canadian Federation of Students, which has a reputation of being difficult to leave.

UMSU complained that the federation’s fees are too high in comparison to other organizations like CASA, and argued that it is not as effective at lobbying for student issues.

However, none of this justifies last year’s board decision to unilaterally pull out of the federation before giving students a chance to express their opinion on the matter.

The UMSU board exists to represent the students’ will, not to make major decisions that could lead to serious legal trouble without consulting them based on the board’s own perception of what is best for students.

Where does this apparently urgent need to leave the Canadian Federation of Students come from?

The most recent student vote on the issue was a non-binding plebiscite in 2018, which found that 64 per cent of UMSU members opposed defederation. In the absence of a clear directive on how the students want to be represented, the default move should have been to maintain membership until a clear directive was given.

This result did not stop then-president Jakob Sanderson from publicly advocating that UMSU leave the federation to join CASA, despite his assurances earlier that year that defederating was not on the union’s agenda.

There is little evidence of a burning desire among the student body to leave the Canadian Federation of Students. Why would UMSU risk easily-foreseeable legal trouble over something that does not appear to be a pressing concern among students?

It could have something to do with its political differences with the federation. The UMSU board has expressed its disapproval of the federation’s advocacy on issues it does not consider to be student issues, such as pipelines or the minimum wage.

UMSU has also criticized the federation for its endorsement of the boycott, divestment and sanctions movement against Israel’s occupation of Palestine, describing it as “divisive” and “ill-considered.”

Perhaps it is understandable that the federation was wary when UMSU’s board, with whom it has political disagreements and which has long desired to leave the federation, decided to use a moment when students were historically disengaged from campus life due to the loss of in-person school activities to push through a referendum on its own terms.

This whole debacle suggests that the UMSU board believes that its authority overrides its duty to allow members to direct its activities. The union is supposed to represent the will of the students, not make major decisions for them. Unfortunately, it appears another lawsuit is needed to remind them of that.

Why you will never win an UMSU election