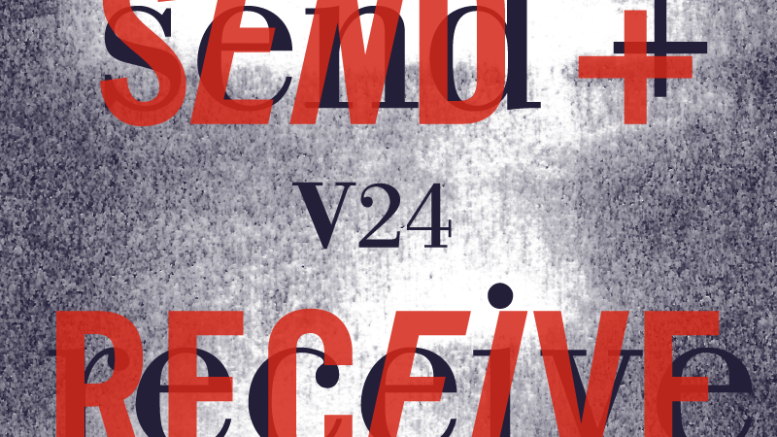 Winnipeg’s long-running send + receive festival is a “festival of sound” in a pretty broad sense. Encompassing all sorts of experimental music and sound art, the festival brings challenging, engaging and completely singular sounds to our city.

Starting in 1998, send + receive was an early project championing sound art in North America. It is now in its 24th edition, running from Sept. 22 to 24 as well as on Oct. 8. Artistic director for send + receive, Cam Scott described the artistic climate in the festival’s early days as “a time when sound as an artistic medium was given short shrift, and galleries didn’t know how to deal with it so well in my estimation.

“There wasn’t a lot of critical discourse around sound, and it was seen as very esoteric or foreboding.”

But send + receive looks to demystify the experimental music world.

“My interest is mostly in making this thing that a lot of people think is kind of elusive or esoteric inviting and accessible,” Scott explained.

“You know, sound is a very physically salient, inviting, embracing kind of phenomenon, and I really want people who feel like they have no technical expertise to come through, not in search of any particular genre of music, but just to have a singular or a transporting experience with other people. That’s something that sound can facilitate.”

Last year, the festival moved completely outdoors as a COVID precaution, and was presented with no cover charge, making these niche and challenging performances available and open to passersby and members of the community.

“Probably half of the people who heard those concerts had no sense of send + receive and didn’t have any predetermined notion of where we fit into the local arts ecology, they just had a peculiar or amusing experience of sound,” Scott said.

This communal experience was so rewarding that the festival is once again putting together a free outdoor show, this time as a part of Nuit Blanche.

The show will feature local artist Mutable Body, sound artist Pedro Oliveira presenting what Scott described as a “voice-based kind of industrial dub piece” and Sote, an Iranian musician who Scott deemed “one of the foremost electronic composers working today.”

The location for the show is a large surface parking lot behind 201 Portage Ave. Scott pointed out that the location requires some serious amplification to get over the street noise, meaning that the program will be presented very loudly.

“It’s going to be just massive, and hopefully people happen upon it because it’s going to be right there, very nearly at Portage and Main in the centre of Nuit Blanche and The Exchange,” he said.

The other two shows being performed in September are just as massive in their own way, each presenting their own unique encounter with sound.

Firstly, Scott said that Sept. 22 will feature a night of “field recordists and kind of voice- based electronic work, and eventually chamber music.” This event will be presented in the new Qaumajuq auditorium attached to the Winnipeg Art Gallery.

The Friday lineup is presented at the University of Winnipeg’s Asper Centre for Theatre and Film, a black box theatre well suited for the festival’s night of audio/visual works.

“Every artist on that bill, but in very, very different ways, is working with audio as well as visuals,” Scott said. “Olivia Shortt is doing almost a theatre piece, but it involves a lot of screens. Minced Oath is using algorithmically generated visuals alongside his synthesizer music, and Jerusalem In My Heart is of course known for live manipulation of 16-millimeter film.”

Even these indoor shows come with a pay-what-you-can option in the interest of accessibility. Although these programs are unexpected and varied, Scott insisted that each night will offer something special.

“We’re trying to encourage a willingness to be surprised,” he said. “We understand a lot of people maybe don’t know every artist we’re bringing in, but it’s always our hope that people kind of trust the arc of the program and know that it will be an interesting experience.”

send + receive runs from Sept. 22 to 24, as well as on Oct. 8. More information and tickets can be found at sendandreceive.org.