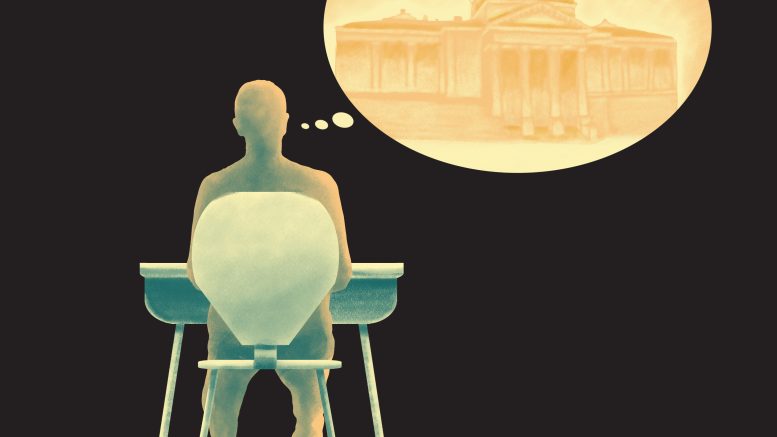 The weekend before the beginning of school, I was talking with my sister and her boyfriend about how
disappointing my university experience has been thus far. The majority of my three years enrolled as
a student at the University of Manitoba were spent learning online.
My university experience was not what I had imagined it would be. The movies had made it look much
more exciting, and parties at universities and colleges below the border looked bigger and way more
fun.
After spending much of her twenties inside the walls of the U of M, my sister could not wrap her head
around the fact that I did not know most of my classmates, had primarily learned from home and had
never bought food from most of the vendors on campus.
Her boyfriend, a former Bison basketball player, interjected that he had not done any of those things
either.
He explained that his favourite memories from being at university had taken place at the Investors
Group Athletic Centre. On campus, he had only ever hung out at The Hub (now the VW Social Club),
and had mostly partied at the club and at teammates’ houses.
Even though they had attended the U of M around the same time, their experiences were vastly
different. However, they both had fond memories of their time at the U of M.
After thinking of that conversation and spending nearly a week at school, I now look at my time as a
student very differently.
The differing experiences of my sister and her boyfriend showed me that a positive university
experience looks different for each person.
For my studious sister, countless hours spent studying and sharing coffee with friends on campus
was the highlight of her time at the U of M, while her boyfriend’s best memories of university were
spent in the gym shooting hoops.
When I reflect on what my fondest memories of being a student have been, I think of studying at my
neighbourhood Tim Hortons, rushing to work out in between classes at my local gym and
photographing the downtown area for projects.
My friends and I have explored all corners of Winnipeg’s nightlife, undertaken numerous camping
adventures and made countless other memories off campus.
My university experience has taught me more about myself and the community I live in than I could
have ever imagined.

Although it has not been what I imagined it to be, I am happy to say that my time at the U of M has
helped shape me into who I am today.
This is not to say that it was easy though. I lost family during the pandemic, had run-ins with police
and experienced racism. Many of the people I love suffered during the pandemic. I fear that they will
never recover.
The past few years have left me exhausted mentally and physically. However, I do not have the
energy left to hold onto anger or regret over what I may have “missed out on.”
I can confidently say that I am a much more fulfilled person walking the tunnels this fall than I was in
2020.
Also, I now know that many aspects of college life are not all that they are cracked up to be.
A culture of elitism, racism and misogyny hide under a thin cloak of frats and football games, while
nostalgia-driven marketing campaigns present an inaccurate portrayal of a past that was devoid of
conflicts and barriers.
So far, my university experience has allowed me to cultivate lifelong friendships, discover new
passions and nearly complete a degree. I am safe, financially stable and healthy. This is a luxury that
many people around the world, and especially in my own province, do not have.
It would be irresponsible for me to feel bad for myself knowing that I could walk back on campus
every day and potentially do something meaningful, a privilege thousands of Manitobans cannot and
will not ever be able to access.

Exploring a holistic approach to wellbeing