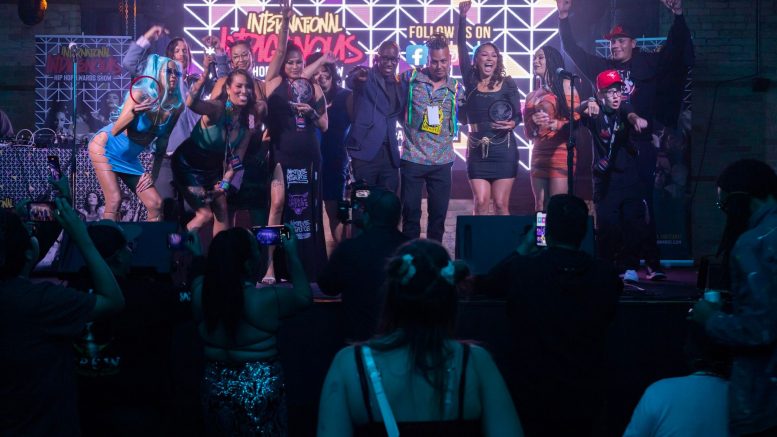 The ceremony featured performances by artists like El Paso’s Artson, Winnipeg local Kenny Murkz and J25 out of Gary, Ind.

The awards, which were voted on by the public, went to a variety of artists from around the world.

Edmonton-based horror-core and “psycho-drug-rap” trio Psych Ward Kidz won collaboration of the year for their track “8 Bars of Deranged.” In the artist categories, Nehiyaw and Métis artist EarthChild won producer of the year, Manitoba’s own Stun took home the award for breakthrough artist of the year and Las Vegas-based artist She-Rōze was chosen as songwriter of the year.

Two female artists won big in the song and album of the year categories, with Toronto-based Cree “femcee” The Ra11n getting the nod for best hip hop single and Treaty 6 territory’s Pooky G bringing home the hardware for hip hop album of the year.

Hip Hop Album of the Year: Pooky G, So Far So Hood

Songwriter of the Year: She-Rōze, We Rise