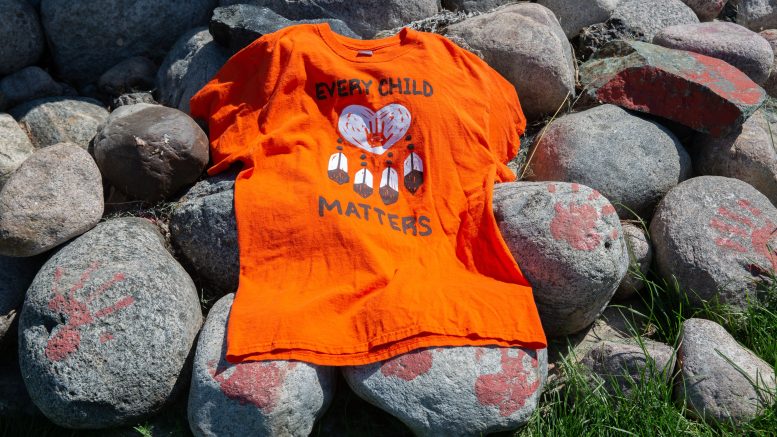 Pope Francis completed his week-long “penitential pilgrimage” through Canada to apologize for the church’s role in the residential school system at the end of last month. The visit and apologies prompted mixed reactions from Indigenous leaders and residential school survivors.

While some have praised the Pope’s apology and see accepting it as an important step toward reconciliation, others argue that it did not go far enough in taking institutional responsibility on behalf of the Roman Catholic Church.

Although the Pope apologized for the role individual Catholics played in residential schools, he did not directly apologize for the church’s institutional role.

Pope Francis also failed to mention sexual abuse experienced by residential school survivors in his initial apology, only addressing it near the end of his tour.

Professor in Indigenous studies at the University of Manitoba Niigaan Sinclair said that any day one of the Truth and Reconciliation Commission’s (TRC) calls to action is addressed is “a good day,” but called the Pope’s statement a “half apology.”

“The apology didn’t go far enough in that it didn’t take institutional responsibility for residential schools. It took individual responsibility, meaning that the Pope said it was a few bad actors,” Sinclair said.

“It wasn’t a few bad actors. The church conspired with the federal government to eradicate Indigenous culture and to impact the lives of Indigenous communities.”

The TRC’s final report laid out 94 recommendations, or calls to action, to address “the legacy of residential schools and advance the process of Canadian reconciliation,” including an apology from the Pope on Canadian soil.

Following the Pope’s first apology, he was presented with a headdress by Wilton Littlechild, an honorary chief of the Cree nations.

Not all attendees at the ceremonies held by the Pope were supportive, including activists who displayed a banner that read “Rescind the Doctrine”— referencing the Doctrine of Discovery — and urged the Pope to publicly denounce it.

The Doctrine of Discovery refers to a series of 15th century edicts issued by the Vatican known as papal bulls, which justified the theft of Indigenous lands and the forced conversion of its inhabitants.

Some legal scholars argue that Canada’s claim to sovereignty over Indigenous lands relies on the Doctrine of Discovery to this day.

The 1823 US Supreme Court case Johnson vs. McIntosh established the doctrine as a legal principle by utilizing the papal bulls to justify US assertions of sovereignty over lands occupied by Indigenous people.

By 1888, Canadian legal decisions began referencing this case and echoing the same arguments, establishing legal precedents which have been applied as recently as 2014.

Sinclair compared Canada revoking the Doctrine of Discovery to “pulling the bottom block” out of a Jenga tower.

“That would be what would happen with Canada, it wouldn’t fall over, but it would be very unstable because [the doctrine] is one of the major linchpins of what Canada uses to claim Indigenous lands,” he said.

In an interview with reporters on his flight back to Rome, the Pope used the term genocide to describe what happened in residential schools.

“Even if the Pope recognized genocide at any point during his visit, even if it was in the last few minutes on his flight home, it’s a good move,” Sinclair said.

“I think you need to take responsibility for your role within that genocide and I don’t think the Catholic Church has done that.”

Despite his criticisms, Sinclair said the Pope is “invested in trying to create a more healthy relationship” with Indigenous peoples, and highlighted the Pope’s direction of bishops, priests and cardinals to see the value of Indigenous culture as a “game changer” for the church.

“He said the words specifically that ‘the face of God exists within their faces when they are in their culture and speaking in their languages,’” Sinclair said.

“If a pope had said that before, we would have a very different relationship.”

Why the protests in Montreal are important

U of M alum honoured at Indigenous awards ceremony