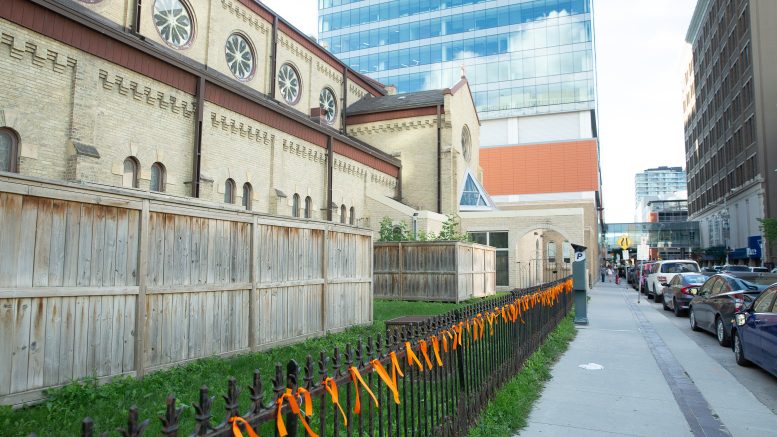 A federal government briefing document prepared for Crown-Indigenous Relations and Northern Affairs Canada (CIRNAC) — the government agency responsible for managing relations between Canada and First Nations, Inuit and Métis peoples — revealed last Tuesday that Ottawa has no plans or funding allocated to commemorate the upcoming anniversaries of numerous treaties.

Out of the 11 numbered treaties, nine will reach significant milestones between 2021 and 2027. These anniversaries will mark 150 years since the signing of Treaties 1-7, 125 years since Treaty 8 and 100 years for Treaty 11.

The briefing note was released to the Canadian Press through access-to-information legislation and highlights the relationship between CIRNAC and Canadian Heritage, the department tasked with organizing and funding historical anniversaries such as the 150th anniversary of Confederation. The two departments have been in communication regarding funding requests for the past year due to the large number of upcoming treaty anniversaries.

The report also points out that although Treaty 1, Treaty 2 and Treaty 11 were commemorated last year, these events should not be seen as a standard for future events due to the COVID-19 pandemic reducing their size.

Additionally, Canadian Heritage and other government agencies only provided limited funding for the commemoration of the three treaties in 2021.

These numbered treaties gave the Canadian government access to huge sections of land, and promised reserve land, payments and other rights to First Nations communities in return.

Many Indigenous people argue that these promises and treaty rights have never been fully respected.

Damon Johnston, president of the Aboriginal council of Winnipeg, said the government’s lack of preparation was not surprising and pointed to the Canadian government’s long history of ignoring treaties.

Johnston said that treaties have been essentially frozen in place since the Indian Act was established in 1876.

“We had no rights, we werent Canadian citizens,” he said. “We couldn’t hire lawyers to defend out treaty rights or to take the government to court for that.”

“The meeting of expectations of Indigenous peoples around treaties leaves a lot to be desired,” he said.

Despite the treaties’ written forms lacking specific details on some issues, Johnston called them the “core of the relationship” between Canada and First Nations and argued that they need to be renegotiated in a modern context.

The Truth and Reconciliation Commission (TRC) of Canada’s final report advocated that the federal government collaborate with residential school survivors to develop an approach to Canadian Heritage commemoration that centres on reconciliation.

Although he commended them for making “some good effort” towards respecting treaty rights, Johnston said it’s possible the government doesn’t want to “open a can of worms” by drawing attention to the treaties and the obligations contained within them.

“We’ve had better outcomes overall with Liberal governments than we’ve had with Conservative governments, but there’s still I think a lot to be desired in terms of our relationship with this government,” he said.

When asked if he thought the release of this report would encourage the government to change course and provide a more concrete plan, Niigaan Sinclair, acting head of the department of Indigenous studies at the University of Manitoba, expressed doubts and offered a view similar to Johnston.

“I think that while this government is doing more than the previous premier, there are other issues that this government chooses to make their priorities,” Sinclair said.

“This government is interested in Indigenous peoples on its own terms, and that has a lot to do with resource projects, but not when it comes to substantive and systemic change.”

Government officials argued that celebrating the signing of treaties would be a fairly inexpensive way of advancing reconciliation, but lamented that Ottawa has so far offered little financial support to do so, partially because there is no dedicated source of funding.

Officials found that no federal department has a plan or funding in place for upcoming treaty anniversaries.