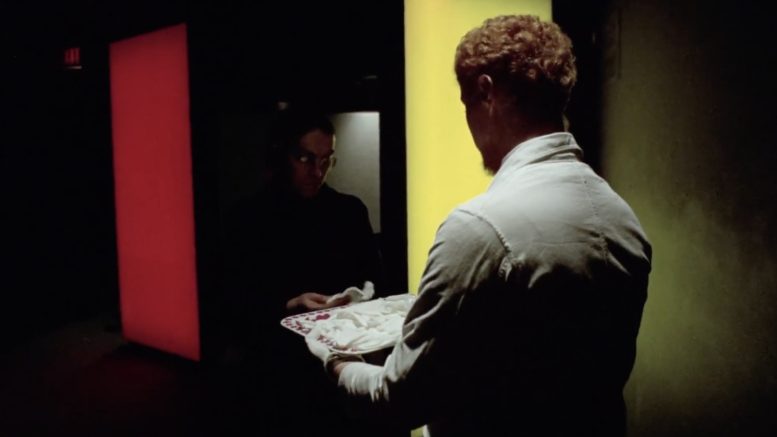 Fresh off his new feature film Crimes of the Future, which premiered earlier this year at Cannes to a six-minute standing ovation, David Cronenberg has been having a renaissance of relevance as of late.

The 79-year-old Toronto native has spent much of his career presenting grotesque techno-dystopias in which the mental and physical human forms are distorted by our technological surroundings.

As our own reality becomes more and more of a techno-dystopia, Cronenberg’s films offer an exhilarating and disturbing perspective on the intersection between biology and technology.

Programming coordinator for the Cinematheque, Olivia Norquay attributes Cronenberg’s return to body horror in his new film Crimes of the Future, as “an amalgam of his filmography in a way.”

“He revisitsfamiliar elements of body horror and sexual politics that we see in Crash, Videodrome, Dead Ringers and The Brood,” Norquay said in an email interview.

Cinematheque is playing two of Cronenberg’s earlier films that deal with these ever-relevant ideas — Cronenberg’s original 1970 version of Crimes of the Future, and the 1983 cult classic Videodrome.

The ’70sversion of Crimes of the Future, a film that shares a title with Cronenberg’s latest despite being largely unrelated, is one of the director’s first features. Norquay describes the two films as being thematically similar and complimentary.

“While Crimes of the Future (2022) deals with art and the body,” Norquay said, “the original short film from 1970 examines the body and humanity in relation to the environment and what lengths those in power will take to ensure their own survival.”

The film follows Adrian Tripod, director of the dermatological centre known as the House of Skin — the centre having formerly been directed by Antoine Rouge, Tripod’s mentor and the namesake of a horrible venereal disease that has killed off most of the world’s sexually mature women.

The movie is a difficult watch. Filmed in silence and only soundtracked by Tripod’s unreliable and stiffly delivered voiceover, we follow Tripod as he wanders around the University of Toronto’s myriad of modernist buildings, licking himself, studying people’s feet, finding amateur inventors of body implants and eventually joining up with a group of pedophiles who are looking to artificially induce puberty in young girls.

The result is a Kafkaesque fever dream that shows us a vision of an imagined near future that feels completely out of time. In fact, it feels shocking that it was filmed in 1970, especially in its restored form.

Videodromeshowsa much more confident Cronenberg presenting a future that is no less disturbing and confusing.

Once again utilizing the simultaneously sleek and grimy buildings of Toronto, the film follows Max Renn, a sleazy TV programmer who stumbles upon Videodrome, a feed of violent pornographic footage that entrances him. As it turns out, watching too much Videodrome creates a brain tumour in the viewer that causes their reality to become warped to the point where they start to live Videodrome and transcend the need for their old body.

Visually, Videodrome is a real treat — nocturnal, lit by the enticing neon glow of the TV and deliciously dis- gusting in its horror elements.

Over time itsplot has only become more relevant as our lives are being lived out more and more virtually. Not that Videodrome is a didactic screed against watching too much television.

In a lot of Cronenberg’s work there is an interesting dichotomy of horror and empowerment,mainly, of being freed from the shackles of humanity. Videodrome is a perfect example of this, as Renn finds a sort of new life in his new flesh.

Norquay sees this metatextual examination of entertainment and mass media as one of thefilm’s great strengths.

“Videodrome is a really fascinating film because it’s challenging its own medium and film audiences,” Norquay said.

“The medium is the message,” she continued. “And suggest[s] that access to graphic images have changed our brains and how we function in the world.”

Both films are fascinating and are wildly entertaining glimpses into the mind of a unique genius, adding context and thematic background to his twisted obsessions.