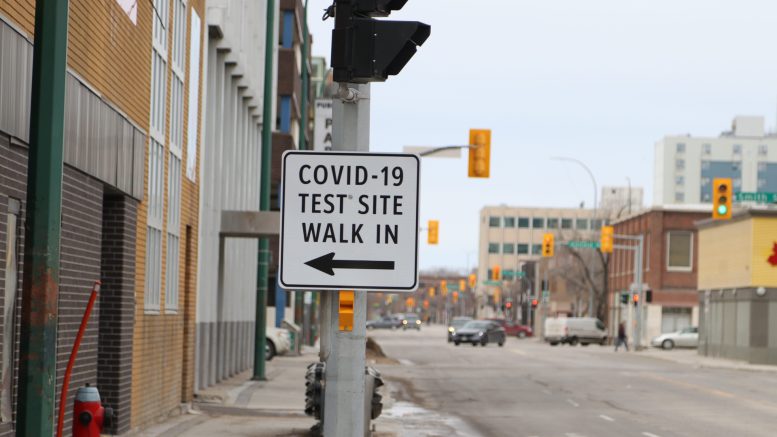 Fourth doses of COVID-19 vaccines are now available for anyone aged 70 or older and Indigenous people older than 50 in Manitoba.

‍A fourth round of shots will also be available to all personal care home and assisted living facility residents.‍

Second boosters will be accessible in Manitoba as early as mid-April and will be available according to the same timetable as previous vaccination efforts.This change was spurred by the National Advisory Committee on Immunization’s (NACI) recommendation last Tuesday that provincial governments offer a second booster shot to people 80 and older.

Ayush Kumar, a professor in the department of microbiology at the University of Manitoba, said the NACI likely made this announcement because data suggests immunity gained from vaccination lowers over time, putting elderly and immunocompromised people at particular risk.

‍Kumar said it is difficult to predict whether a fourth booster in vulnerable populations would prevent a surge of hospitalizations that could overwhelm the health-care system.

“I think last time I checked, [the] test positivity rate in Manitoba was listed at around 18 per cent, but we also know that that’s just the tip of an iceberg because we’re not doing a very good job keeping data and sharing data.”

“Without knowing what age groups are being hospitalized, it’s difficult to see whether this would prevent overwhelming our health-care system,” he said.“If [data] was being shared, then we would be more confident in predicting what might happen in the future, but right now nothing is being shared.”‍

According to the most recently released data, 80.13 per cent of Manitobans are double vaccinated and 42.86 percent have received a third dose.

Kumar said the “strategy needs to be mass vaccination […] across the world” to prevent the rise of a new variant.

‍“The way the virus would mutate is if it has a host where it can multiply and as it multiplies, it mutates,” he explained.‍

“That only happens when people don’t have [an] immune response against a virus and that immune response will happen in people who have been vaccinated. If you have 50 [to] 60 per cent of the population around the world […] not vaccinated, the virus is still dividing in them and still multiplying in them, so […] chances of mutations are very, very high.”

‍In contrast to Canada’s high vaccination rate of 82 per cent, only 58 per cent of the world’s population is vaccinated.‍

“Basically, countries that have access to vaccination […] will keep boosting their own population, but how often can you do that and how much can you do that?” Kumar said.

‍“Unless you actually prevent […] emergence of new strains, we’ll be just doing this all the time, and the only way to prevent this is to have mass vaccination.”

Look at me, I met a deadline!

Get your winter workout on