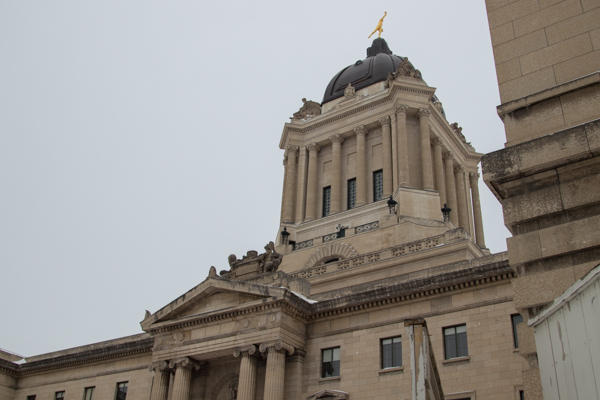 The arbitrator, William Kaplan, will announce his decision within 30 days of the final hearing.

Binding arbitration occurs when two parties in contentious negotiations reach an impasse and refer the issues to a third-party arbitrator whose decision is legally binding.

“The university likes to be in control of its decision-making [and] doesn’t like to go to a third-party, but because we were in a strike situation […] they did agree to go,” she said.

UMFA members voted to authorize strike action in mid-October after hitting a stalemate in negotiations with the university.

After a month-long strike starting Nov. 2 and lasting until Dec. 6, UMFA agreed to enter binding arbitration.

The arbitration was scheduled to take place from Friday, March 11 to Sunday, March 13, but Dingwall said they were able to conclude the hearing in “the very early afternoon” on Saturday.

“Part of the reason for that was that both UMFA and the university’s administration had provided really comprehensive and detailed briefs to the arbitrator prior to the hearing for the arbitrator to take into consideration,” she explained.

“Much of it had been presented in advance.”

The arbitrator was ordered to ignore any government mandates and aim for the university to make “reasonable advancement towards” the 25th percentile of salaries in the U15, the group of Canada’s fifteen most research-intensive universities – a goal that would take the school from 14th to 11th place.

“That was really important to UMFA, to have [it] explicitly stated that the university couldn’t say that the government was binding them,” said Dingwall.

“Having the government mandate involved in the bargaining process throughout the summer and into the early fall was definitely a barrier to having resolution earlier in the process.”

The province interfered in UMFA’s contract negotiations in 2016 when they imposed a wage freeze mandate on the university, ordering the university to retract its proposal of a 17.5 per cent salary increase over four years and instead offer a one-year contract with no wage increase.

Under the threat of “financial repercussions” if they did not obey, the university complied, triggering a 21-day strike in November 2016.

A judge recently ordered the province to pay $19.3 million in compensation to UMFA for lost wages and strike costs.

The University of Manitoba has the second-lowest salaries in the U15, which according to UMFA causes retention and recruitment problems — a key issue behind the strike in 2021.

UMFA is requesting an increase that will advance them 90 per cent of the way to the 25th percentile in the U15.

“We saw this as a real opportunity that if the university is serious about staying competitive within the U15, then we should be […] making big advancement in this moment,” she said.

UMFA is also seeking compensation for wages lost while on strike in 2021.