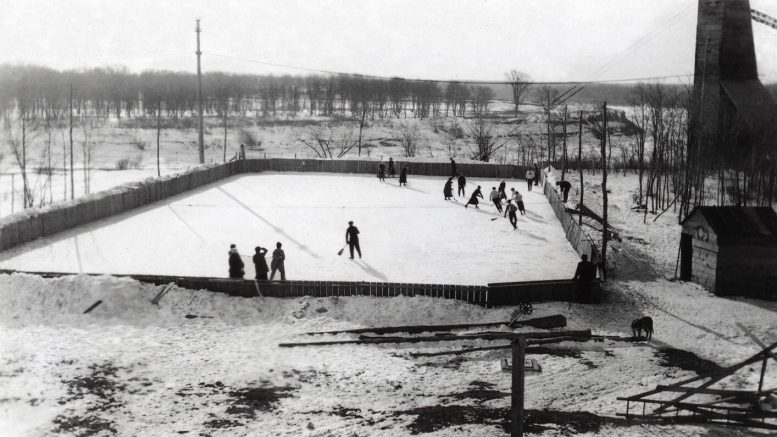 Over the last two years, students have missed out on many valuable opportunities that shape the experience of attending university. Some may be near to wrapping up a degree in which they never physically attended the University of Manitoba campuses. While the pandemic has made certain activities more accessible, it is also normal to feel a certain nostalgia for what has been lost.

Wayne Chan, a research computer analyst with the university’s Centre for Earth Observation Science, knows the feeling well. Chan has digitally recreated places from the past on the University of Manitoba’s campuses. Community members can take a walk through campus, and back in time, on Google Earth.

Chan partnered with Shelley Sweeney, archivist emerita and the former head of the U of M’s archives and special collections, to bring the idea to life. The result was Lost Campus: A Virtual Tour of Forgotten Spaces and Places at the University of Manitoba.

“When [Chan] mentioned that he was interested in the lost places and spaces at the University of Manitoba […] I thought it was perfect for the pandemic,” Sweeney said.

Chan brought together an eclectic collection of interests, including local history, computer programming and a passion for the U of M.

“I did my degree here in the ’90s and I’ve been a staff member since then, so I’ve been here for a long time,” Chan said.

Searching through the archives for pictures to bring the tour to life, Chan encountered a campus isolated from the city of Winnipeg and host to vibrant student life. Before many students began driving cars to the Fort Garry campus in the 1950s and ’60s, the university largely had to provide for itself. This included everything from a campus fire department to a campus dairy.

The isolation of the Fort Garry campus led city dwellers to escape to Riverside Park, just beside the campus, for picnics and festivities during the summer months. The park has now been replaced by the experimental agricultural plots behind B Lot. During its time, it was accessible primarily by steamboat, which carried passengers from the city’s core down the Red River. According to the Winnipeg Free Press, the Hudson’s Bay Company picnic hosted 650 passengers aboard the steamer. Dances were hosted in the evenings, accompanied by an orchestra. According to Chan, the park closed by the end of the First World War. Another park by the same name was established, absorbing the misremembered legacy of a university relic.

“The tour really gives you an idea of what student life was like way back when,” Sweeney said.

The tour includes photos of students participating in activities modern students would never get the opportunity to try. Chan and Sweeney pulled photos from the archives depicting students playing hockey or broomball on the Red River in the winter and swimming in the river in the warmer months. Back in the day, each faculty had a rifle club and would compete on the campus rifle range.

Chan and Sweeney also note the smaller student body in the early 20th century and the university’s isolation from the city allowed more opportunities for students to connect. By the ’60s, the university was largely a commuter campus. Students had to find innovative ways to pass the time there.

Beyond showing forgotten places on campus, the Lost Campus tour reveals a slice of life from a time long ago and illustrates how campus life has been shaped by history. For example, after the Second World War, veterans were compensated with tuition to the U of M and a meagre stipend. From this sprouted the Veterans’ Village, a collection of affordable bungalows on campus.

“Here’s the thing about the tour: it does provide a glimpse into a past life that people — students, faculty and staff — have forgotten,” Sweeney said.

“But it’s well beyond that […] It’s a peek into the way society has changed.”