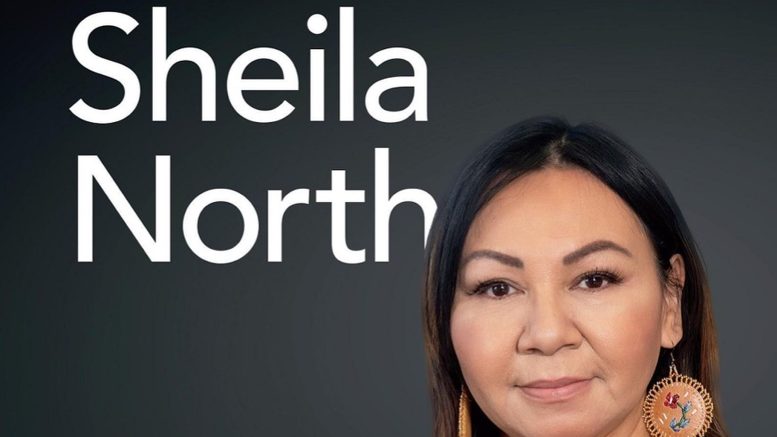 If there was ever a local example of how hard work pays off, CBC journalist Sheila North’s memoir is proof.

My Privilege, My Responsibility documents the hard work North put into her own education growing up in Bunibonibee Cree Nation — known in English as Oxford House — that contributed to her rise from a journalist at CTV News Channel (CTV) and CBC to becoming the first female grand chief of Manitoba Keewatinowi Okimakanak (MKO).

The current host of CBC Winnipeg News Late Night, North’s memoir delves into her compelling childhood of competitively wishing to be the best student at her school in Bunibonibee, resulting in receiving the Governor General’s award for academic achievement in the fifth grade — presented to her by none other than the first female lieutenant-governor of Manitoba, Pearl McGonigal.

In fact, North muses the lieutenant-governor didn’t know she was looking at the future first female MKO grand chief.

The memoir is most interesting when North reflects not just on her own life, but on how her experiences in both her childhood and adulthood reveal how colonization shaped current Indigenous structures and lifestyles.

Exploring her own parents’ upbringing, North details how healthy her elders’ generation was, being brought up on traditional foods from hunting and harvesting the land before Bunibonibee was relegated to a reserve.

In comparison, North sprinkles deep assessments throughout the book of how differently her generation grew up on the same lands, using the introduction of Klik — a high fat content, canned meat — into the Cree diet as an example of how North’s community changed, with processed foods bringing about health issues from diabetes to mental illness almost overnight.

In fact, North insists the true inequity facing Indigenous communities is an overall lack of resources.

However, the driven girl from Bunibonibee wasn’t going to let lack of resources stand in her way as she forged out an education and career for herself in the face of domestic abuse from her now ex-husband.

In all three instances, North reveals a misogynistically tainted approach by the other candidates that a woman should just be happy to have been nominated, while North believes — regardless of the fact that colonization placed patriarchy into the mindsets of Indigenous governance — the men currently in charge need to understand that without the inclusion and empowerment of women, girls and two-spirit people, Indigenous communities cannot thrive.

While there are brief moments of justified despair, North’s memoir is empowering in her details as grand chief of MKO, though this should be expected from one of the Indigenous women who originally coined the MMIW — missing and murdered Indigenous women — hashtag. This would later expand to include girls and two-spirit people, recently shifting the hashtag to MMIWG2S.

As well, North shines a spotlight on her own support systems and community members working behind the scenes of her successes, from her own education to the hard workers behind her campaigns for grand chief.

Most importantly, My Privilege, My Responsibility is an eloquently detailed experience of the life of an Indigenous woman — a story desperately lacking in our current popular culture.

From fears surrounding being a visible minority to the empowering figure of representation and role model for Indigenous girls, North’s narrative is an important contribution to knowledge in the ongoing efforts of reconciliation.

A tale of hard work, North’s memoir surfaces uncomfortable details in a labour of love for understanding where Indigenous communities stand and the potential they possess for the future.

My Privilege, My Responsibility is available at major retailers.