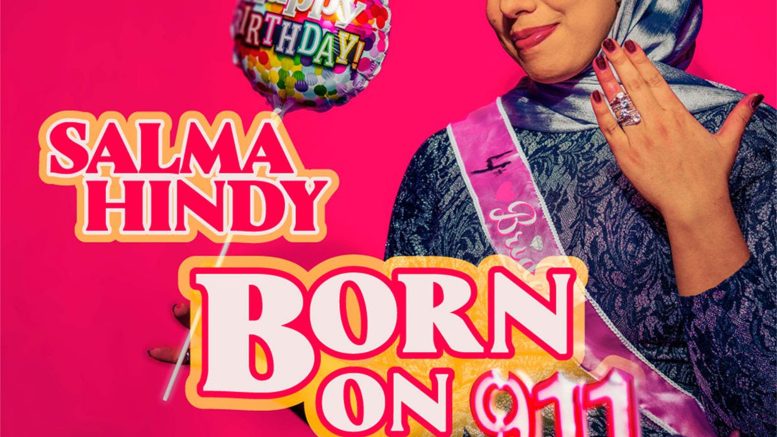 A graduate of the stand-up comedy program at the Second City Training Centre in Toronto, Hindy is a first-generation Egyptian-Canadian comedian who tackles a variety of topics in the 13 tracks that make up Born on 9/11.

A prominent, ever-present theme throughout the album is Hindy’s culture, wherein her personal experience of living as “a Muslim woman who just happened to be born on [Sept. 11] in a post-9/11 world” is embedded. Witty and authentic, Hindy shares her stories and jokes with an air of lightness and enthusiasm you can’t help but love, introducing you to her life, family and Muslim culture along the way.

Through Hindy’s animated storytelling, her audience gets to laugh alongside her as she discusses her relationship with her overprotective Muslim parents, her opinions on polygamy, bidets and hijabs, navigating holidays like Halloween and, of course, the universal struggle of dating in the 21st century.

A highlight from Born on 9/11 is track number three, which is simply titled “Growing Up.” Within it, Hindy discusses Halloween — in particular, her father’s reaction to the holiday — and her gradual loss of innocence over the years, from unsolicited direct messages on Instagram to sketchy torrent websites.

Another favourite moment from Born on 9/11 is a story Hindy tells about going on a blind date in the presence of her father, who had set her up with a mystery suitor. Full of twists and turns and on-point comedic timing, this playful anecdote encapsulates everything that is so fantastic about Hindy’s album as well as what makes her so enjoyable to listen to.

There is a very likeable and relatable factor to Hindy’s album, which is rooted in her ability to know exactly how much information to give us when setting up her jokes. She knows where to pause and let you fill in the blanks as an audience, and she is able to cleverly introduce more specific aspects of Muslim culture and religion in a way that allows you to understand her experiences in a fuller and more nuanced sense without taking away from her comedic timing.

On top of this, it’s clear even via recording that Hindy has excellent stage presence — throughout Born on 9/11, she is able to communicate and interact with the audience attending her show in a way that keeps them invested in her show and yet doesn’t exclude the audience who may be listening through their headphones.

A little bit of Nashville in the Prairies

The intricate art of resistance and survival