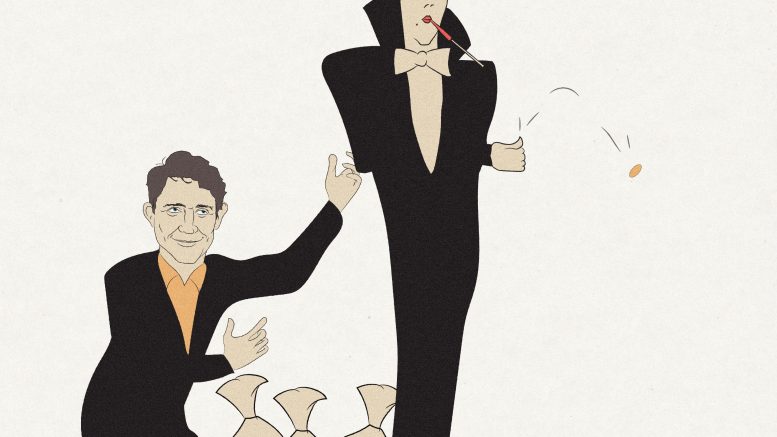 Where I come from, mental health is often underappreciated. I grew up being taught that you had to move forward even if you were mentally overwhelmed, and if you didn’t, you were seen as weak. As a result, most of my childhood consisted of holding back countless tears, unhealthy coping mechanisms and a constant fear of expressing my emotions — all to avoid that so-called weakness. It wasn’t until the pandemic started that I realized mental health is not an optional type of care, but a necessity we should all be entitled to. Battling my own demons made me realize mental health is a human right. Though private initiatives such as Bell Let’s Talk have served to break the stigma about mental illness and help address the issue, mental health care continues to be severely underfunded in Manitoba.

Bell Let’s Talk started as a mental health awareness campaign in 2010. At the time, although mental illness was not a matter the media or society paid much attention to, the world was facing a mental health crisis. Throughout the 2010s, suicide rates steadily increased in Canada. Further, anxiety and stress were affecting 23.5 per cent of Canadians 15 and older. Bell Let’s Talk presented itself as an innovative initiative to respond to urgent calls for mental health action. Through joint action, Bell and supporters raise money to fund organizations for access to mental health resources and research. Bell Let’s Talk has extended its program until at least 2025, with the mission of raising $155 million. The initiative has become a yearly staple of social media users who want to spread the word about mental health and their experiences.

Though the mission and vision of Bell Let’s Talk certainly materialize positive dialogue about mental illness, the Canadian public must also be aware of the the deep systemic issues the organization fails to tackle. Despite raising over $8 million in donations for this year’s fundraiser, the campaign itself fails to provide further education on mental illness and naively relies on a social media campaign that occurs once a year and then fades from the public eye until the next fundraiser. This creates an image of philanthropic charity that Bell maintains in order to reap tax cuts laid out by the Canadian government for corporations that contribute to social causes. Canadian legislation states that once companies donate cash to a charitable organization or cause, the company is eligible to deduct that amount from its income. In the long run, Bell donates a few million a year, but makes that cash back on the taxpayer’s dime while reaping the benefits of the initiative’s publicity.

This begs the question: should public duties, such as that of mental health, be delegated to the private sector in exchange for government relief? The short answer is, obviously, no.

It is no secret that corporate marketing can make the sourest lie become the sweetest truth, but the reality is, the stigma around mental health needs a tougher response that goes beyond the annual “it’s okay not to be okay” tweet. Mental health requires diligent government action. According to the Canadian Mental Health Association, 20 per cent of Canadians will face mental health problems in a given year, but taking mental health off the waitlist does not seem to be a priority in Ottawa or Manitoba. In 2019-20, average wait times to access public mental health resources were over a month — time that many patients do not have.

Reports such as VIRGO Planning and Evaluation Consultants’ Improving Access and Coordination of Mental Health and Addictions Services and the Manitoba Mental Health and Addictions Strategy state mental health care is limited in its capacity to care for patients due to inadequate funding. For 20 years, Manitoban mental health care has been severely overlooked, and this has left Manitoba’s mental-health-care system to work with resources that are critically below Canada’s national average.

Despite the unsustainable conditions Manitobans are forced to deal with, VIRGO’s report — carried out with the help of the Mood Disorders Association of Manitoba — offered viable solutions for this mental health crisis. The report emphasized the importance of peer support, the use of a compassionate and empathetic approach when dealing with mental illness and called for improved coordination of services and supports. While the Manitoban government invested more than $25 million in mental health and addiction, the mental-health-care system is still radically underfunded compared to Canada’s national average.

Are corporate initiatives that exploit social causes the best Manitobans can get when it comes to mental health support? These performative tokens of change undermine the importance of mental health while the private sector is subsidized for its supposed charity. Manitobans do not deserve an underfunded and inaccessible mental-health-care system or a glorified corporate advertising campaign — they deserve actual support that lives up to the national standard.