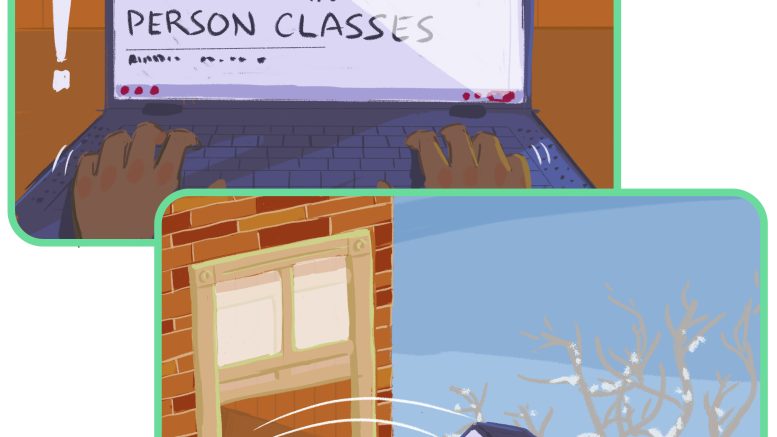 Late in the fall 2021 term, the University of Manitoba confirmed that it would be resuming in-person instruction for most of its courses in the winter term. For some students, this came as a welcome surprise, heralding a return to a campus they hadn’t lived and learned in for a year and a half, or had never had a chance to experience altogether. For others, particularly those who do not have permanent homes in or near Winnipeg and suddenly had to find and afford new housing during a pandemic, the move was unnecessarily disruptive.

The situation was even more frustrating considering the university announced, a little under a month later, that the resumption had been postponed due to a spike in COVID-19 cases. The administration’s lack of foresight screams of incompetency.

Finding accommodations is a stressful experience in and of itself, regardless of the timetables students have to prepare. Now students are being forced to contend with all the inconveniences that a pandemic brings as well as whiplash decisions about hard dates from a university administration that cannot seem to figure out where exactly it places the health of its students and faculty inits priorities. The sudden confirmation — then postponement — of the in-person return also adds a significant burden to students’ financial situations. Now, many students likely only require housing arrangements for the end of the winter term — should students not have already found housing, finding a lease that accommodates only a couple of months will be a nightmare in its own right.

It didn’t have to be this way. Signs of a potentially looming resurgence ofCOVID-19 cases in the province have been showing since early October, along with increasing concern around a new mutation of the virus that experts have colloquially named the Omicron variant. Despite this, in a move that displayed a stunning disregard for the wellbeing of students, the U of M went forward with confirming plans to fully reopen the campus for the winter term.

This is not to say that the university should have foreseen the severity of the fourth wave of infections in Manitoba when the provincial government itself was so woefully underprepared. Rather, the university could have taken the safer, smarter path by committing to finishing the year remotely. Alternatively, once a postponement was deemed necessary, the U of M could have simply cancelled are turn to classes altogether out of caution.

Such a decision remains a realistic option for the university. Having transitioned to remote learning late in the winter 2020 semester, the U of M, like manyCanadian institutions, kept students out of the classroom through the 2020-21academic year and into winter 2022. At this point the administration is not just deciding to return partway through a school year, but partway through a semester. With the winter term uncertainly set to see just under two months of in-person instruction, it would be less disruptive for the university to push the in-person return to fall 2022.

However, having planned and announced the return, it’s unlikely the U of M will outright cancel the winter term return. Still, the university is in a position to go ahead with their return while keeping students as safe as possible by offering all students and faculty the option to finish the term remotely. To the university’s credit, it is giving certain staff the opportunity to work remotely the entire term, but there is little reason why the administration should not give as many people as possible that same option. Such a late decision would not be perfect, but it would be better than nothing.

Whether or not classrooms indeed open for a general return come Feb. 28, the U of M should consider additional options for keeping students and faculty safe and, moving forward, should aim to be better prepared for setbacks like the one our province and country have experienced in recent months.

History made by hand

Faculty of theology under review