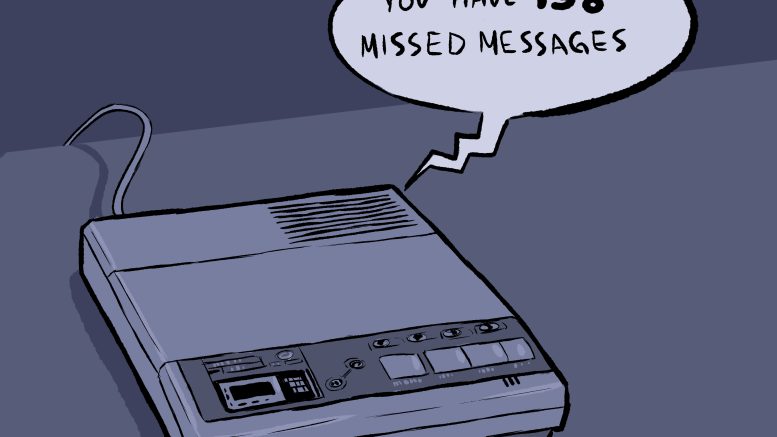 Hundreds of University of Manitoba Faculty Association (UMFA) members bombarded the offices of Wayne Ewasko, the provincial minister of advanced education, skills and immigration, and Minister of Finance Scott Fielding with phone calls last week to demand an end to government interference in their negotiations with U of M administration.

UMFA flooded the ministers’ phone lines with questions last Tuesday asking about the province’s salary mandate imposed on the U of M. .

According to UMFA co-chair of the organizing and communications committee Mark Libin, the callers had “a very simple ask.”

“[The government] needs to make a public declaration […] that there is no mandate, that the administration is free to bargain without any government interference,” Libin said.

“It’s as simple as that, and then we can deal with administration without [interference].”

In early October, U of M presidentMichael Benarroch confirmed the government had given the administration a salary mandate, triggering a strike vote.

UMFA members say Ewasko told them he was too busy to meet with them, despite the looming strike at the province’s largest post-secondary institution. Ewasko declined to provide further details in an email later that week.

“I understand that the university andUMFA are in continuing negotiations this week, with the assistance of a highly skilled mediator the parties agreed upon,” Ewasko said in an email. “It’s not for me to comment on that direct process, or mutual and ongoing efforts to find common ground.

“Obviously no one wants a strike, which would disrupt students and families already dealing with the unprecedentedCOVID-19 pandemic.”

Fielding’s Office concurred with Ewasko’s response but added nothing more.

A recent appeals court decision found the government interfered with UMFA’s negotiations with U of M administration in 2016.

During the 2016 negotiations, the U of M had drafted a proposal including a seven per cent wage increase over four years. In response, the province told the administration to instead offer a one-year agreement with no wage increase. The province also told the U of M to not disclose the government’s involvement in the salary mandate.

U of M administration opposed the salary mandate but complied under threat of financial consequences from the province.

“This is a punitive, bullying government that punishes public institutions that defy their mandates,” said Libin.

“What [Ewasko] needs to do, since it’s his portfolio, whether […] it’s Fielding in charge or not, one of them has togo to the other one and say this has to stop.”

Libin said the phone-in campaign received an enthusiastic response fromUMFA members and shows that UMFA is making “every effort” to avoid a strike.

UMFA held a vote to authorize strike action two weeks ago, with 85 per cent of members voting in favour.

Libin pointed out that while UMFA has focused on pressuring the government, he feels there’s nothing stopping Benarroch from defying government mandates.

“With a $94 million surplus in the bank, that is quite a war chest and if he wanted to step up onto the steps of the legislature with us and say, ‘We will fight this because the university means more to me than the wrath of some MLAs who can’t even face up to [what they’ve done],’he would be a hero,” Libin said.

“But so far, administration has said, ‘There’s nothing we can do, there’s a mandate, government will punish us.’ [They] can’t put him in jail. All they can do is take away some money, but […] the university has a great deal of money and they could survive a temporary clawback.”

Listen to students and you’ll hear ‘education for all’

E. coli, food security, and the ethics of meat production