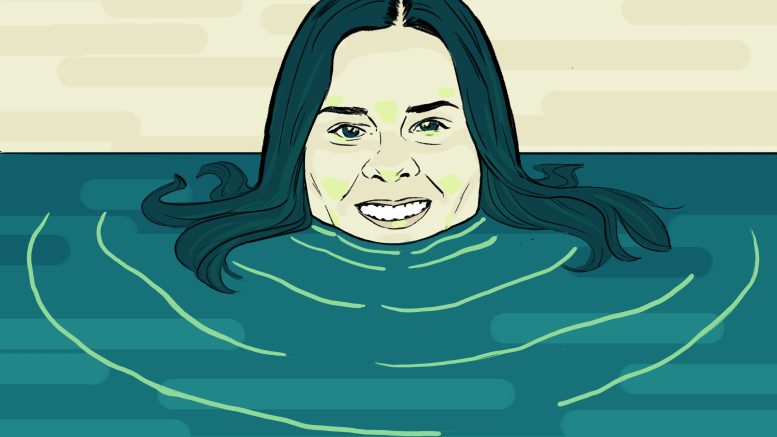 Although it was surprising that efforts to improve Lake Winnipeg’s deteriorating condition were included in Manitoba’s most recent speech from the throne, it is unsurprising that the speech glazed over real and concrete solutions about how the Progressive Conservative party (PC) plans to do so.

In the speech, the PCs made only brief reference to Lake Winnipeg, making it seem like it was only worth mentioning as a means to avoid the party’s age-old conflict with environmentalists. “We cannot allow Lake Winnipeg to be polluted any longer, and we must protect species like our moose population from threats,” the madame speaker said on behalf of the PCs. The speech then outlined that the PCs would invest in the Fish and Wildlife Enhancement Fund Act to supposedly improve the lake’s condition. By doing so, the government pawned off Lake Winnipeg’s pollution to Indigenous fishers and fisheries who rely on the lake for their livelihoods.

Although additional investments into the management and regulatory structures that oversee sustainability practices on Lake Winnipeg would be useful, it is by no means a project that comes close to burying the ecological crisis the lake is currently experiencing. In many ways, by emphasizing fishing, the PCs are redirecting the public’s gaze from more expensive, but necessary, solutions. Perhaps it is yet another bid to make Manitobans believe Premier Heather Stefanson is different from Brian Pallister’s administration. Politics is truly a game of checkers for Manitoba’s PCs.

Fisheries have been under-managed for decades, meaning investments toward making the industry more sustainable via consultation with local stakeholders are crucial. However, if we are playing a zero-sum game — as it seems the PCs are keen to do — radical investment in curbing nutrient pollution must be prioritized. The life of Lake Winnipeg depends on it.

Overfishing is still a threat to the lake, especially considering species like the sauger have virtually collapsed in the past decade and the walleye population is rapidly dwindling. However, are fisheries primarily to blame for the diminishing spawning rates among these species? Absolutely not. Fisheries and Indigenous fishers are more of a convenient target if anything.

Many officials, with little connection to Lake Winnipeg or the communities that line its coast, suggest fishers are the problem. Discourse in these circles often labels fishers as if they have no regard for the environment they depend on. Many of the reports these officials rely on are from ecologists who look at natural phenomena in isolated sample sizes, but these researchers often have little experience analyzing the social dynamics of the lake — the intimate knowledge that locals have about the lake’s ecology, and their care for its condition, may surprise officials if they were attentive enough to ask.

Instead of blaming fishers for the lake’s pollution, the government ought to direct its criticism inward. Fishers from the north basin of the lake have complained about Manitoba Hydro’s destructive presence for decades. Northern Indigenous communities that rely on commercial fishing have noted that the erosion and nutrient pollution caused by hydroelectric dams have struck the industry hard.

Just decades after the Jenpeg Generating Station started regulating Lake Winnipeg’s water levels in 1970, algae levels were reported to have quadrupled. Researchers have contended that runoff and erosion caused from the sporadic flooding from the hydroelectric dams have resulted in damaging levels of phosphorus and nitrogen, which algae relies on to grow. Once the algae die, its decomposition sucks up oxygen from the surrounding lake and may kill fish in the process.

Manitoba has made efforts to reduce nutrient pollution, but in ill-advised and damaging ways. For example, in 1990 researchers cut off all sources of nitrogen while leaving phosphorus untouched. This nitrogen-reduction project cost the government more than a billion dollars and 25 years after its conception the project was found to have had a damaging effect on the lake. Why? Because some algae can produce its own nitrogen — primarily dangerous and neurotoxic cyanobacteria. As a result, the project likely killed off less dangerous algae and overwhelmed the lake with rapidly growing rates of this deadly algae which has been known to damage fish populations.

Beyond nutrient pollution, Manitoba Hydro also decimates fish populations by regulating lake levels. Large swaths of fish eggs die when exposed to air, and this has a impact on spawning seasons.

It seems the PCs are continuing their horrific environmental legacy by making investments that likely won’t curb enough harmful pollution to save the lake. Instead, the party is producing the very conditions that it is exploiting for political capital. In fact, in the throne speech, the PCs contradictorily glorified Manitoba Hydro as “the crown jewel of our Crown corporations” just before asserting Lake Winnipeg must be protected.

To be fair, Manitoba Hydro is far from the primary driver of nutrient pollution — that title belongs to the Red River and Winnipeg’s waste-water management. However, its impacts are far from null and blaming fishers before Manitoba Hydro is a political oversight almost worth laughing at.

Historically, Manitoba has treated Lake Winnipeg as a sink for resources, citing the lake’s economic value as motivation to maintain its ecological integrity. But this approach means sustaining the bare minimum of environmental standards to ensure its supposed value does not diminish. The result of this approach is a policy of perpetual catch-up — pollute as you go and fix the problem later. That is exactly what the PCs are doing when they blame the sustainability practices of fishers for the lake’s pollution and utter humble praises for Manitoba Hydro in the same speech.

Investment in fish management is a minor technocratic solution to Lake Winnipeg’s declining fish populations, but it does little to combat the dangerous conditions we are exposing the lake to. If the government doesn’t focus on nutrient pollution soon, there won’t be any fish left to manage.