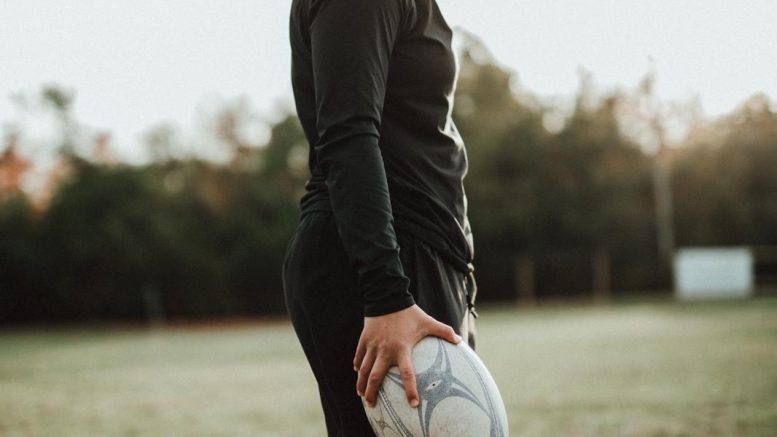 Throughout history, white men have erected structural barriers preventing people of different races, genders and sexual orientations from participating fully in society, and these barriers persist today. Fortunately, many find the agency to thwart those impediments — something we continually see happen in sports.

Reina Iizuka is an example of this. In 2018, the Mississauga, Ont. native became the first female athlete ever to be named to a U-Sports football roster when she was named to the University of Manitoba Bisons football team, a monumental moment for sports in Canada.

For Iizuka, attending the U of M was a choice made easy after meeting Bison head coach Brian Dobie.

“I really believed in him as a person and as a coach,” Iizuka said.

“I find when you get to a higher level […] it’s really hard, I think sometimes, to find people who don’t treat you like a piece of meat, and […] who actually cares about you as an individual.”

“So, he’s the reason why I went to Manitoba.”

Interestingly, the bond formed between Dobie and Iizuka almost never happened. Thanks to a late decision by Iizuka, she was able to perfectly time her meeting with the Bisons’ coach.

“I met him at a prospect camp [which] actually I wasn’t going to go [to],” said Iizuka.

“I wasn’t feeling it. But then I’m like ‘You know what, no. I feel like I should go.’ I just had that gut feeling, and then I went, exchanged contacts with him. Then literally two [to] three weeks later I tore my ACL. So, it was so meant to be that I met him just before I tore my knee.”

Thanks to Dobie, Iizuka’s first experience with the U of M came effortlessly. However, she would quickly learn that her time with the Bisons would still involve hardship. In her first year at the U of M, she was a  redshirt freshman and spent the football season recovering from the knee injury she suffered after meeting coach Dobie. The next two years she would ply her time on the practice squad. In her grad year, the COVID-19 pandemic would lead to her final season being cancelled.

Through all the trials and tribulations, Iizuka is thankful for her time with the Bisons. She recognizes that it was an important stage in her development.

“It’s not a straightforward answer […] because there’s a lot of layers,” said Iizuka.

“It came with a lot of good things, though, don’t get me wrong […] [it was] positive all around and I think a lot of growth happened [over] the past four years, but yeah, there were a lot of difficult times, too.

“It was, I think, perfect in that regard, in terms of wanting to grow. It was a great environment for that for me.”

Now that Iizuka has graduated, she has shifted her focus to her professional career. The philosophy major is currently making the transition to rugby and is currently in talks with professional teams to play next season. Iizuka also has Olympic and World Cup dreams, something that is not far from her reach considering her football experience.

“I’m supposed to head out to play pro next year, probably next summertime,” Iizuka said.

While she may be switching sports, Iizuka intends to keep football as her true passion. The former defensive back hopes to make a career out of coaching and aims to land a position at the highest level.

“I’m not leaving football, I’ll be coaching for sure,” said Iizuka.

“After I retire from playing rugby, I think I want to try to coach football at a high level, probably [the] NFL would be my goal.”

It is evident that Iizuka is fueled by her passion for the game. While she does acknowledge that becoming the first woman to make a U-Sports football roster is an incredible accomplishment which may have positive ramifications for other females in the sport, it is not what drives her to lace up her cleats every day. Personal growth is Iizuka’s goal. Whether it be physically or mentally, she pushes herself every day so that she not only becomes a better athlete, but also a more well-rounded human being.

This is the mindset that has enabled her to achieve her goals to date and propel her in the future, all while unintentionally opening doors and inspiring other athletes down the line.