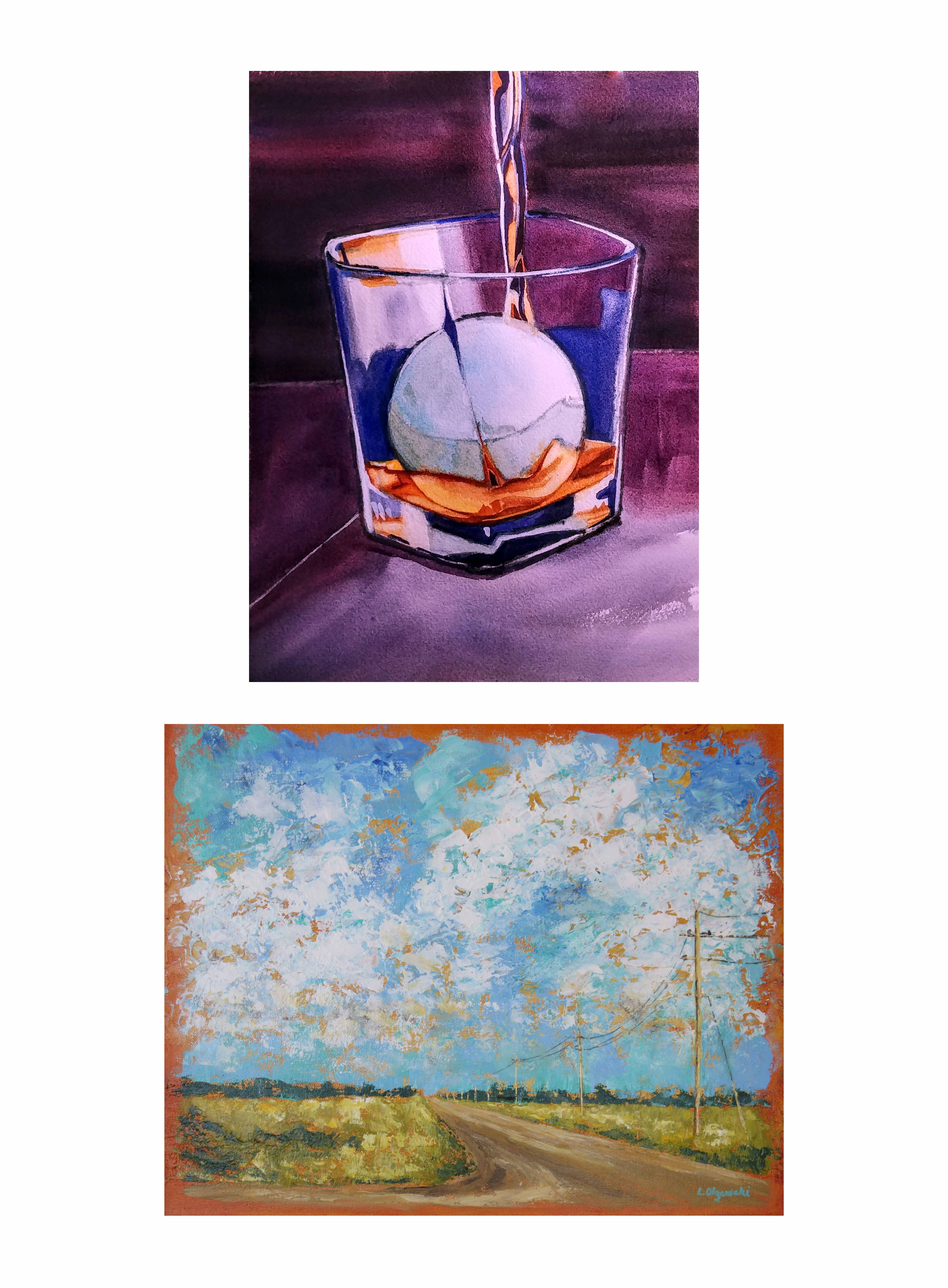 The cre8ery gallery and studio has a treat in store for art lovers this month: an exhibition titled Two Painters: A Visual Dialogue — David Cooper and Linda Olzewski, featuring two Winnipeg-based artists.

The project has been three years in the making and is a multi-media exhibition that draws inspiration from landscape, colour and human form.

This creates a visual language, which explores emotion as well as an artistic dialogue of the similarities and differences between Cooper and Olzewski’s work.

While describing the exhibition, Olzewski said, “there is a lot of diversity in our styles and subject matter, but I also think the work is complementary — the pieces speak to each other.”

Cooper found a love of art by using drawing as entertainment as a young boy, saying, “I’d felt like I’d been drawing all my life.”

Primarily self-taught, Cooper’s stick figures eventually turned into cartoons and caricatures, and he took up painting in his mid-20s.

Admiring artists such as Brian Atyeo, Jack Reid, Luther Pokrant and Otto Rogers, Cooper is inspired by the human form and landscape — Prairie landscapes in particular, as this is where he has lived for the last 60 years or so.

“You have to live on the Prairies to truly appreciate the flat horizon, the blue skies and how you can watch the many changes that take place atmospherically from so many miles away,” he said.

Though he began making art primarily with pen and ink, Cooper has since turned to painting and other media such as collage to help facilitate experimentation in his work.

“I’m looking for a happy accident that will make my brain say, ‘That’s interesting,’ and it takes me down the rabbit hole,” he said.

Cooper has been a part of Winnipeg’s art community for quite some time as both a working artist and a teacher, which has impacted his work greatly.

“All my artwork is the culmination of all the art teachers, students, clients, friends that I have interacted with throughout my art experience […] I give knowledge and direction to my students, but they give back to me the same.”

Olzewski grew up in Saskatchewan, moving to Manitoba as an adult, and fostered her love of art throughout her childhood in various ways.

“As a kid, I was enamoured with a TV program featuring Jon Gnagy’s drawing lessons. I talked my mom into getting his kit for Christmas and so that was the start,” she said.

In her adult life, Olzewski became an elementary teacher, where drawing and painting became a part of her daily routine which she backed up with lessons from local artists. After retirement, art became her full-time focus.

Some artists who have influenced Olzewski are Mary Cassatt, William-Adolphe Bouguereau, Steve Hanks and the Group of Seven. However, her biggest inspirations come from photographs.

“When I see a photo or an idea from another piece of art, I think about how I can interpret that as a painting,” Olzewski said, “I take lots of photos.

“I look for dramatic colour or light or a mood that moves me in some emotional way.”

Like Cooper, Olzewski has been involved in Winnipeg’s art community for most of her life, and it has influenced her work as well.

“Every experience has had some impact on my art,” she said.

“The key word is ‘community’ […] I learn from the art of others, from their comments, critiques and suggestions. I teach classes as well, and I truly think that I learn more than my students.”

Though Two Painters: A Visual Dialogue is a project that has been in the works for quite some time, Olzewski said that in light of COVID-19, they weren’t sure if their exhibition would be able to continue, and most of their planning and discussions happened this past month.

“We are disappointed that we can’t have an opening reception or take advantage of a First Friday,” she said. “However, Jordan Miller, the owner of cre8ery, has done a terrific job of handling the [COVID-19] situation while presenting our work to the public.

“We are very excited about the show and we hope that visitors will enjoy the ‘eye candy.’”

As a final comment, Olzewski said, “I hope that each piece also speaks to our audience. I hope they experience our range of emotions, particularly the joy during this uncertain time.”

Cooper emphasized the importance of Winnipeg’s art community to artists throughout the city.

“That community of art is there, like all those involved, keeping your arm steady as you paint.”

Two Painters: A Visual Dialogue — David Cooper and Linda Olzewski will be on display at the cre8ery gallery until Oct. 13.

A quarter-century of creativity

Cross over to the other side at planetarium album release