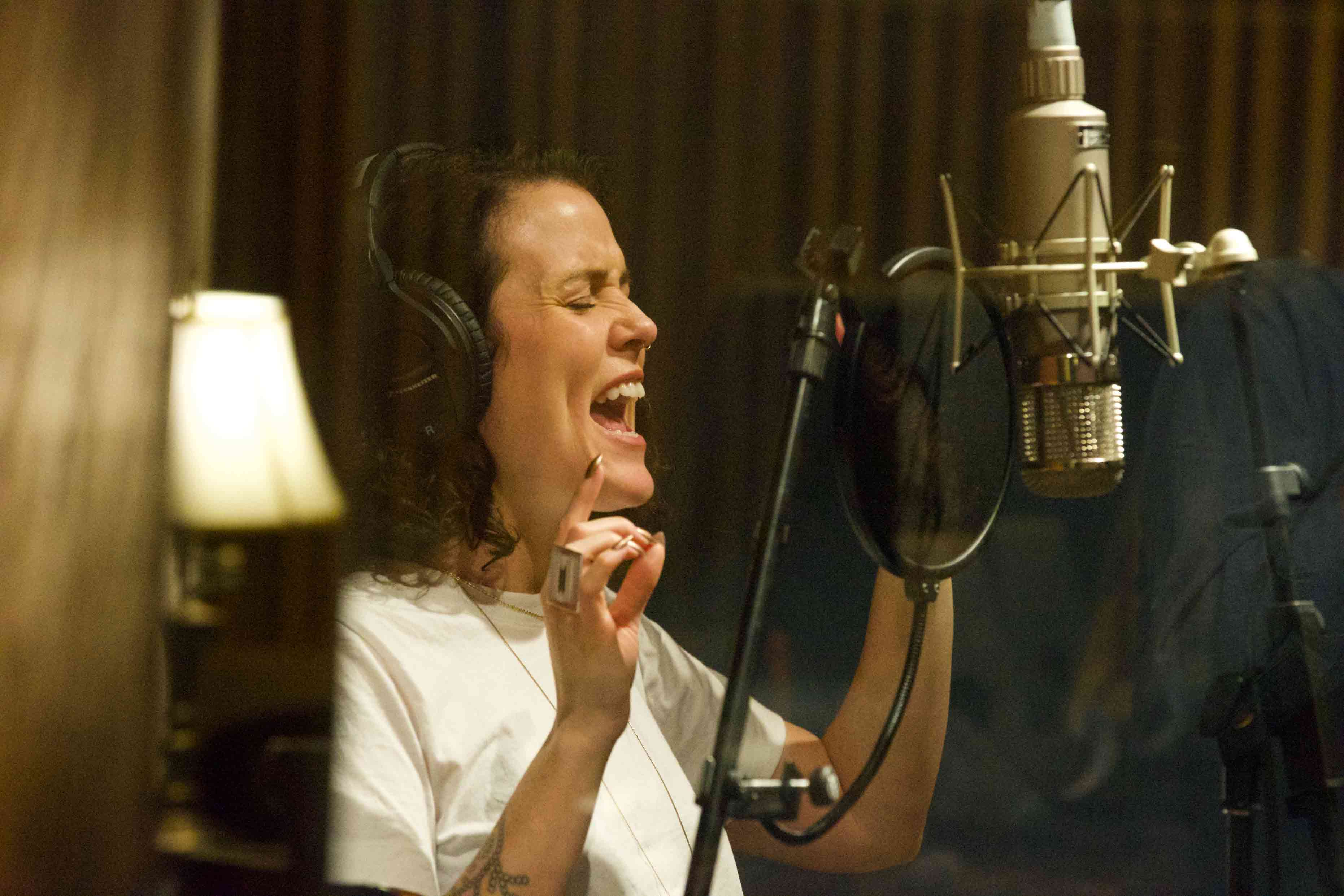 APTN’s original documentary series Amplify aired its pilot and second episode Sept. 11. Pre-filmed in the spring and summer of 2018, new episodes will air weekly in English and Ojibwa.

This new show provides a platform for some of the country’s most innovative rising Indigenous singer-songwriters to combine their personal stories with Indigenous history and culture and showcase the music that comes from it.

Each episode of the creative anthology invites an Indigenous songwriter to write a song about something inspirational — such as an art piece or belief — and ends with a music video of the finished song.

The series was created by Ottawa-born Shane Belcourt, a Métis musician and filmmaker known for his feature films Red Rover and Tkaronto. Since, in Indigenous cultures, traditional songs pass down histories, life lessons and philosophies from previous generations, Belcourt believes music is the glue that holds these communities together.

Belcourt tapped into songwriters he believes are open, articulate and fearless storytellers. The audience gets the opportunity to see how these songwriters view a particular Indigenous issue.

“By narrowing that story and those big ideas down to a single person, then you’re now feeling that this work and these ideas are not just stats, they’re not figures, they’re not problems to solve, they’re specific human beings in all our communities.”

This enables every viewer to relate to the issues, regardless of ethnic community.

Amplify currently has 13 episodes lined up from Wolfwalker Productions and Wabung Anung Film Co., each highlighting a different artist and director from the same regions and backgrounds.

Shot in numerous locations throughout Ontario and Manitoba, episodes seven through nine were filmed on location in Winnipeg and feature local Indigenous artists and directors.

The seventh episode, titled “Enfolding,” airing in English Oct. 16, features U of M alumna Tara Williamson, a Cree songwriter whose songs self-examine truths that hurt before they heal.

In the episode, directed by Winnipeg filmmaker Madison Thomas, Williamson tries to make sense of losing her infant son while examining the power of art to encapsulate loss.

The series gives voice to Indigenous worldviews on various unique topics, many rooted in pain. However, Belcourt says, “through music, there is inevitably a hopeful outlook.”

Amplify airs on APTN in English on Fridays and in Ojibwa on Thursdays at 7 p.m.

Staying true to our values