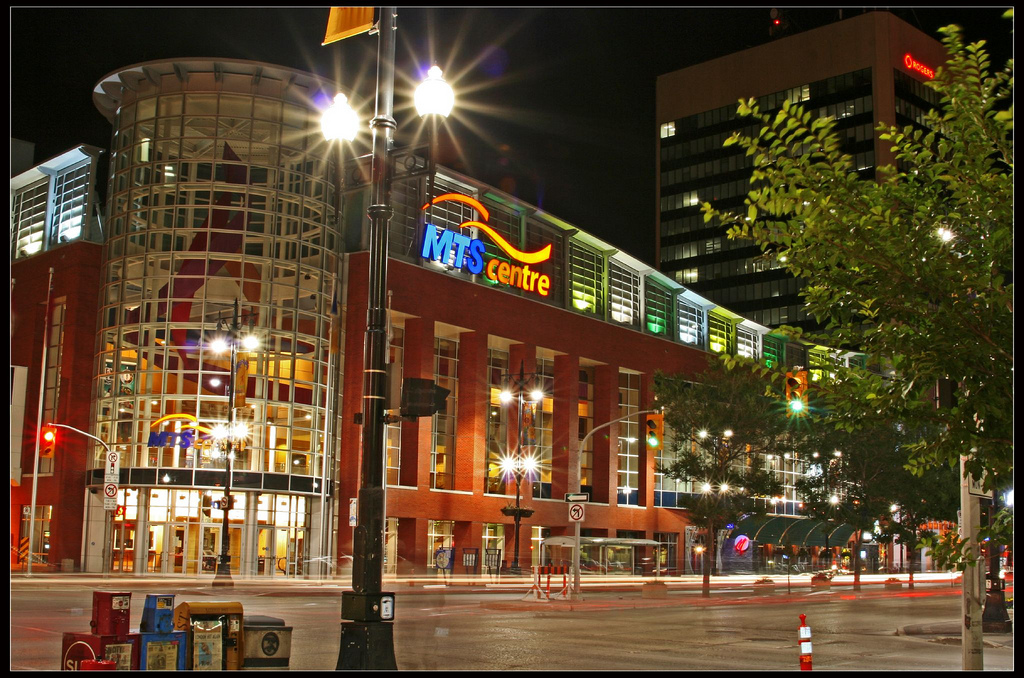 The NHL lockout is officially over and, according to a photograph of the Jets game schedule leaked online in the Winnipeg Free Press, the first game is set for Jan. 19 at the MTS Centre. Since the return of the Jets in 2011, Winnipeg’s downtown experienced a significant increase in sales for businesses.

Executive director of the Downtown Business Improvement Zone (BIZ) Stefano Grande told the Manitoban that game days attract 15,000 fans to the city centre. Grande said the loss of half the hockey season due to the lockout was felt by businesses involved in the restaurant, hospitality, and entertainment industries.

“Winnipeg saw sidewalks, restaurants, bars, and evening entertainment venues crowded with people from all backgrounds [during the NHL seasons].”

According to Grande, the downtown businesses felt the loss of hockey fans, although the downtown does not thrive solely on business from game nights. He argued that the downtown needs to cater to a plethora of audiences and markets that include over 70,000 workers, 30,000 students, and 16,000 residents, creating ample room for growth. The Jets are just one factor out of many that help the downtown thrive, stated Grande.

Mike Del Buono, server at the Moxie’s Classic Grill MTS Centre location, stated just how significant the return of the Jets was for the restaurant and how the lockout affected his income. His tips nearly doubled with the high volume of clientele that came with game nights, as individuals who came in were willing to spend a lot more on their evenings out.

At the conclusion of the season in 2012, Sachit Mehra of East India Company Restaurant told the CBC that business increased by 40 per cent on Jets game nights.

President of the Pony Corral restaurant on St. Mary Ave., Peter Ginakes, told the Winnipeg Sun that his location saw sales double on Jets game nights. As the lockout began, Ginakes started to use different methods to attract the same level of business through increased entertainment, dance parties, and more beer options.

“The lockout caused my income to go down significantly. I’ve been making less than half of what I was at this time last year. It also doesn’t help that it was a particularly slow year for concerts,” said Del Buono, who is also a student at the Asper school of business.

Del Buono stated that Moxie’s MTS and the workers at the MTS Centre depend on events and concerts and that the uncertainty of the situation was a frustrating experience, sometimes warranting the idea of finding another job. If the season had been cancelled right from the start, Del Buono said he would have already started looking for another job; however, the chance of the Jets’ return was worth the gamble to stay.

Businesses selling Jets merchandise also felt the effects of the lockout. When the NHL returned to Winnipeg, new Jets gear became a hot commodity and stores had no difficulty getting the merchandise off the shelves. The lockout left fans frustrated, threatening to decrease spending on merchandise and concession stands to protest the lockout.

Grande said he thinks fans would reconsider if they knew that downtown businesses and workers will be affected by this.

“Fans should continue to support the local economy, local jobs, and local businesses that are often run and operated by the working class of our city,” said Grande.

By continuing this support it will ensure the businesses still thrive with the return of the hockey season on Jan. 19, commented Grande.

“If you enjoyed your downtown experience at some of these businesses when the Jets were playing, remember that it takes your continued support to ensure that they are around when the Jets return,” said Grande.

Stamkos saga extends into the offseason