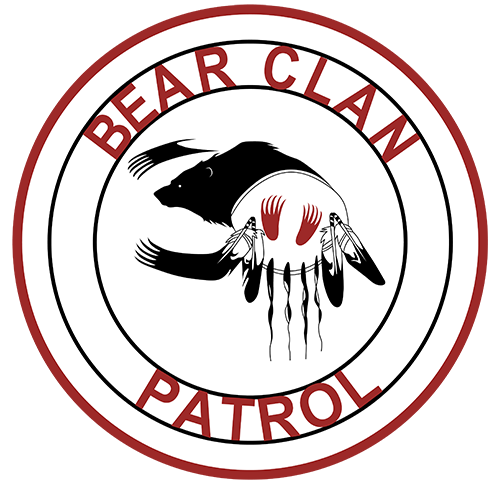 James Favel, co-founder and former executive director of the Bear Clan Patrol Inc., has raised concerns about the influence of current and former Winnipeg Police Service (WPS) officers as well as a board of directors that he described as increasingly unrepresentative of the communities they serve following his dismissal announced July 31.

The Bear Clan is an Indigenous community organization that conducts street patrols, assists with rides and escorts and delivers food to those in need, among other services. The organization has been working with the WPS and its board includes current and former officers.

Beginning with disputes over how to continue to operate foot patrols and food delivery amid the COVID-19 pandemic in March, Favel said he became increasingly at odds with the board.

“I realized at that moment that it could be said that Bear Clan patrols were shut [down] vicariously by the Winnipeg Police through their membership on our board […] I started thinking in terms of reducing the amount of police on our board of directors and making sure they didn’t hold an executive role.”

In a statement on their website, the Bear Clan stated that two police officers currently serving on the board — Brian Chrupalo and Devon Clunis — were recruited by Favel himself, and that “7 out of the 9 current board members” were similarly brought onto the board by Favel.

Favel was later suspended amid allegations of inappropriate conduct and concerns over accepting reimbursements for travel costs — allegations he’s denied and has since hired a lawyer to dispute.

Favel was the subject of a Workplace Health and Safety investigation, which resulted after complaints of intimidation and unprofessionalism by Favel against a Bear Clan staff member.

There was further tension between Favel and the board following controversial statements made on social media by then–board member Réjeanne Caron — a WPS constable who has since stepped down from the Bear Clan board amid public outrage, which included a petition signed by 2,000 people calling for her removal — which spurred Favel to publicly call for her removal.

Favel emphasized he stands by the decision to work with the WPS and his concerns are about the individuals on the board — not the WPS as a whole.

Favel also said he believes the current board is acting undemocratically — holding a virtual annual general meeting restricted to members rather than open to the public, as Favel said they traditionally have been.

“Proper notification was not given,” he said.

The Bear Clan stated they have not yet held an annual general meeting for the 2020 year due to the COVID-19 pandemic, and that the date for the meeting is to be announced.

Concerns Over the Impact of Operating as a Charitable Organization, Ties to Police

The Urban Warrior Alliance (UWA) — another Indigenous community organization operating in the city — was approached with a partnership by WPS in 2015.

For Harrison Powder, a member of the UWA, the partnership was unappealing — it would require denouncing other Indigenous organizations such as the Crazy Indians Brotherhood, an anti-gang group he said was labelled a gang by the WPS.

“We said there was no way we can do that. We [would] rather help youth who want out of the gang life, but we can’t do that if our name is no good to them,” he said.

“The police try to take control of our groups,” Powder said. “[They] offer funding and pay [you] to be part of their visions. There’s also consequences if you don’t do things their way, like with [Favel].”

For Bronwyn Dobchuk-Land, assistant professor of criminal justice at the University of Winnipeg, this approach from the police is not surprising.

“Often community organizations want to respond to people’s problems in ways that are avoiding criminalization,” she said.

“The point of community involvement from the perspective of the police is to extend their reach, extend their information–gathering capacities and extend the network of policing,” she said.

“You don’t generally see these partnerships resulting in police changing practices, they’re much more likely to change the practices of the organization that police are partnering with.”

Favel expressed  frustration in the direction the Bear Clan is going.

“To see it come to this point is just horrific,” Favel said. “It saddens me to no end that we’re fighting this way about this organization that is providing so much for so many people.

A season of measured optimism

Take Back the Night