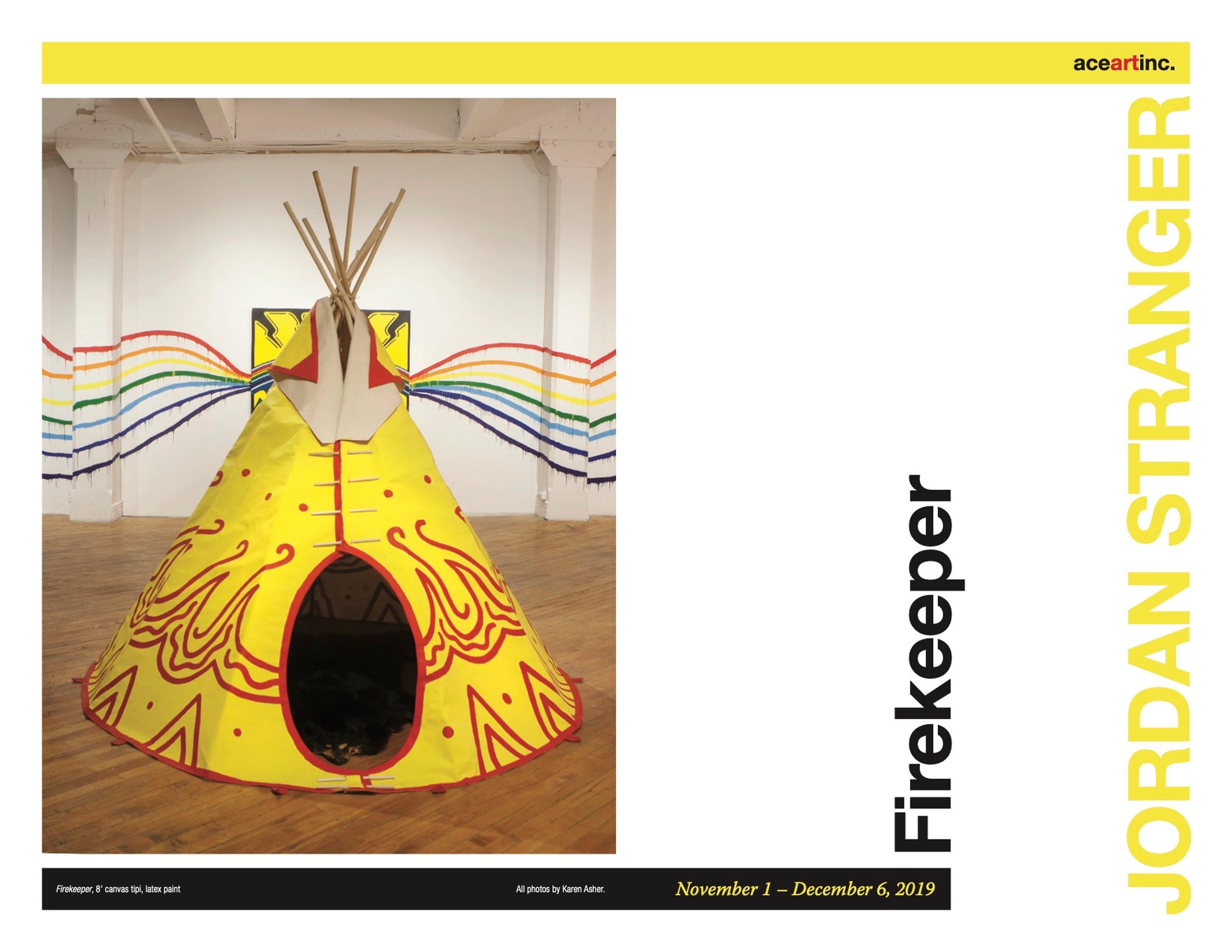 Bold, bright and colourful — these are the words that best describe the energy emanating from the work of Winnipeg Oji-Cree artist Jordan Stranger.

Originally from Peguis First Nation, Stranger was born into an artistic family and names them — along with Keith Haring, and Woodland style artists like Norval Morrisseau and Daphne Odjig — as inspiration for his own art.

Stranger’s style, dubbed Totem Doodem, is rooted in the Seven Teachings, Indigenous stories and sacred ceremonies of the Anishinaabe peoples, lending his work a sense of strength, history and cultural identity.

Stranger’s eye-catching work began as graffiti around Winnipeg and eventually led to opportunities such as murals — a significant set of these being his Manitoba 150 murals located at the Forks.

More recently, Stranger had an exhibition at Aceartinc. called Firekeeper, which ran for just over a month last fall.

While this exhibition was on, Stranger held an artist talk. He spoke of learning as he went along, as well as the importance of sacred ceremonies and traditional teachings.

Firekeeper is an exhibition that represents a healing journey not only for Stranger himself, but for audience members as well. The exhibition’s name comes from Ojibwa culture, where the role of the Firekeeper is to keep a fire lit during sacred ceremonies.

Through this body of work, Stranger views himself as a Firekeeper — keeping the fire of his culture and the Seven Teachings alive through art and bringing it into public spaces.

Uniquely, Stranger doesn’t like taking credit for his work.

“These teachings were given to me by Elders and passed down for generations,” Stranger said.

“They gave me the tools so that I could share it.”

In this vein of thought is where Stranger invites the audience to go on a healing journey through Firekeeper with him.

Since sacred ceremonies and practices are preeminent in Stranger’s work, he wanted to turn Firekeeper into a safe space for reflection and prayer for people of all faiths. A posting in the gallery invited viewers to participate in this by placing tobacco onto a sacred fire as offerings for their own prayers.

“I wanted this piece to express to all people that you have power,” Stranger said. “You have a voice, you have something that somebody needs to hear.”

“This culture isn’t just for [Indigenous peoples] […] it’s for everybody.”

Stranger’s artist talk on Firekeeper can be found at aceart.org.

There’s More Than One Way to celebrate arts, culture and history

Systemic racism, dispossession still with us