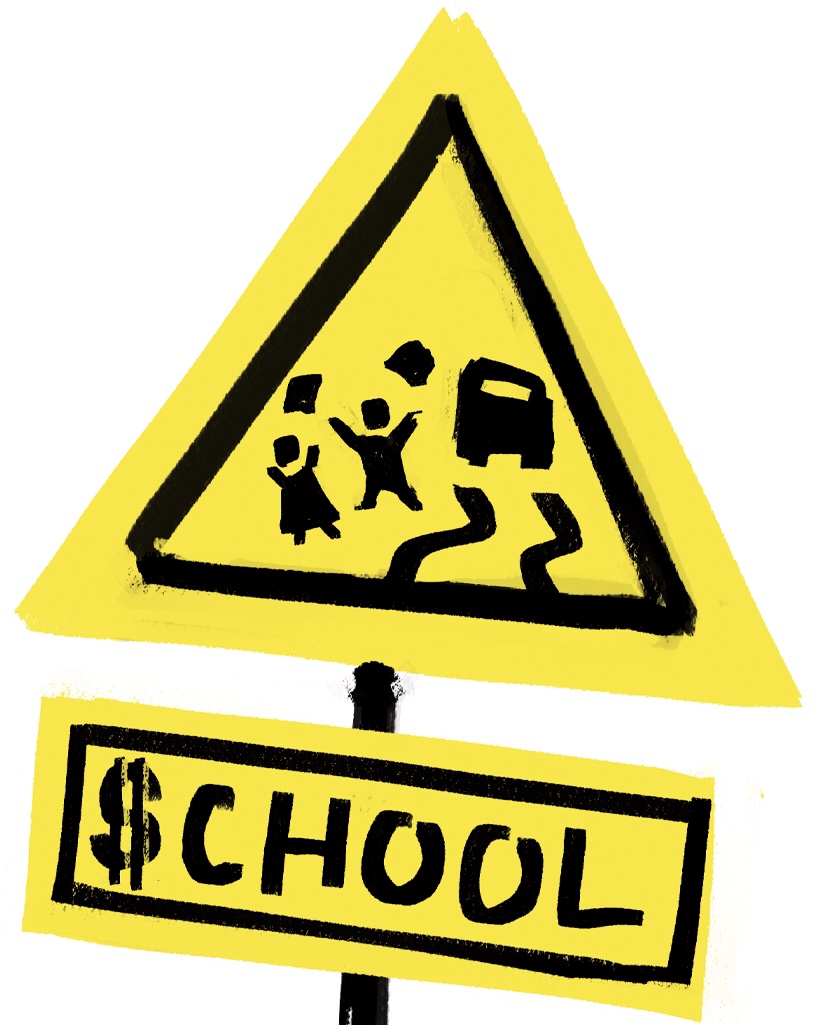 It’s never a good idea to assume the worst of people. It may be naive, but even at this late date — and after an obvious abuse of traffic enforcement to generate revenue for the city — Winnipeggers likely assumed their civic representatives had pure intentions in the enactment of “school zones.”

Since council enacted a by-law in 2014, speed limits in school zones surrounding the city’s nearly 300 schools with students in Grade 6 and below are restricted to 30 km/h during the school year.

There are no exceptions to this rule. This means that on every holiday like Thanksgiving, Christmas Day and the entirety of spring break — even when not a soul is present at a school — the law states that drivers must stay under 30 km/h.

Because of the ridiculousness of that law — and due to the City of Winnipeg’s infamously stringent traffic enforcement — countless tickets are doled out on holidays with accompanying news stories.

That has caused Winnipeggers to take notice and hurl criticism at city council, with some claiming that the practice of collecting tickets on school holidays — when there are no kids around — is nothing more than a “cash-grab.” This negative attention even motivated the chief of Winnipeg police Danny Smyth to say that enforcement of school zones on holidays is unnecessary.

Even though these egregious displays of profiteering existed, the City still maintained some semblance of honesty — after all, school zones were enacted with the goal of saving lives. A respectable goal, until recently.

In 2017, local electrician and business owner Chuck Lewis approached the city with an offer to install lights to warn drivers of approaching school zones and speed reduction. Lewis offered to fund the entire project — including all costs involved in the maintenance of the lights. At the time, the city claimed provincial legislation didn’t allow for the type of radically new technology — without citing a shred of actual legislation.

But more recently, as Lewis has gone public with his offers, the city has become even more brazen in its rejection. Estimates on what it would cost Lewis to install the lights in each school zone range from $1.2 to over $1.5 million, but he said cost doesn’t matter — especially compared to a life of a person.

In the fall, Lewis gave a prototype of one of the lights to the city for testing purposes. He said he had hoped to begin installing them by Christmas so his company could begin accounting for the necessary resources the project would take.

But the city has done nothing but stall since then. This delay — and the city’s rejection of the $1.5 million gift from Lewis — has frustrated Lewis so much so that, on Feb. 6, he took to the streets and installed a light on his own in front of Winnipeg Mennonite Elementary school.

The light was almost immediately taken down by Lewis himself after a city representative assured him a deal could be reached quickly.

In a committee meeting on March 2, city council decided to once again stall the project for another two months.

Everyone agrees these flashing lights could make the streets around schools safer by better informing drivers of safe speed limits, yet city council has done nothing but delay installation, and in the middle of the school year to boot.

If city council genuinely cared about the safety of kids, not only would a deal have been reached when Lewis originally came forward with the offer in 2017, but every school zone would already be equipped with lights when the original bylaw passed three years earlier.

Winnipeggers are now put in the uncomfortable position of having to assume city council believes that installing the lights would be penny-wise, pound-foolish. Because while the city would be saving over a million dollars on the initial cost and much more on maintenance down the road, it would be losing out on the millions more it collects every year from well-meaning drivers who simply miss the 30 km/h signs.

The camera-equipped vehicles — owned by the multinational Xerox Holdings Corporation — that idle next to schools waiting for drivers going above the limit contribute to an excess of $10 million annually for the city. The cost of the flashing lights is just a drop in the bucket compared to the revenue raked in every year.

The city has a vested interest in ensuring drivers continue to speed in school zones and accrue tickets that continue to contribute to its general revenue fund every year. It’s really not very hard to figure out why the city may be delaying a project like the flashing lights in school zones.

Through its own greed, city council has exposed the purpose of the 2014 school zone bylaw: make more money while hiding behind the banner of children’s safety.

City, province must put foot on gas to slow traffic